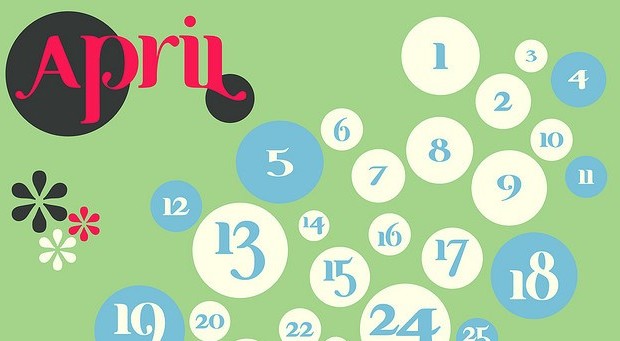 The well-being of man’s best friend

In Canine Genetics and Epidemiology, David Brodbelt and colleagues used data from the VetCompass animal health surveillance programme to look at the health disorders most frequently recorded for Cavalier King Charles spaniels in England.

Based on records for 1,875 of these spaniels seen by veterinarians in the UK between 2007 and 2013, the breed face a broadly similar range of disorders to that faced by the general dog population in the UK. That said, the data also showed that Cavalier King Charles spaniels are particularly affected by cardiac and Mitral Valve diseases, which should be monitored closely in the breed.

In Malaria Journal Susanna Hausmann-Muela and Julian Eckl introduced a new series in the journal, which will focus on malaria-related non-medical issues. Malaria has a huge societal impact and this new series is designed to help recognize that: it will encourage thinking about the disease in multidisciplinary terms and will stimulate discussion. 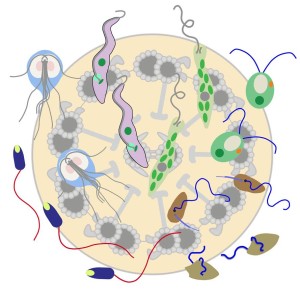 Kazuo Inaba reviewed, in Cilia, the function and evolution of calcium sensors in these organelles. The author provided an insightful and valuable synthesis of existing data, spanning the range from physiological and biochemical studies of calcium binding to phylogenomic analysis of sequence relationships and likely patterns of evolution.

Chromatin organization in sperm and fibroblasts

Sperm are essentially chromosome delivery systems. Since they are not needed for gene expression, the chromosomes are packed very tightly into the head of the sperm. This tight packing even extends to the histone proteins, around which DNA is wrapped in most cells, being replaced by the smaller protamine proteins, to allow for greater chromosome condensation. Until now it has not been known if this tight packaging requires the DNA to be completely repacked, or whether it adopts the same conformation but is just squashed together more tightly.

In an article in Genome Biology, Oleg Serov and colleagues answer this question by using Hi-C. This technique looks to see which DNA sequences are touching each other in the nucleus. By comparing the conformations in fibroblast cells and sperm, the authors find that, in general, the sequences in contact in fibroblasts are also in contact in sperm nuclei. They further show, using computational modeling, that if DNA in fibroblasts is squeezed closer together, it looks like the DNA in sperm cells.

In Plant Methods, Lukáš Spíchal and colleagues from the Palacký University examined current methods of in-house plant phenotyping. The methods presented include non-destructive and high-throughput platforms for automated measurement of plant characteristics, including chlorophyll fluorescence, thermal, and hyperspectral imaging.

Antibiotic use in Chinese agriculture

Over 80% of antibiotics in the US are used in food production animals, mainly to increase their growth. When coupled with the alarming rate of new antibiotic resistant bacteria, and the boom in meat consumption around the world, it’s time we take a closer look at what’s going into the meat on our plate.

In Antimicrobial Resistance and Infection Control ,Vikram Krishnasamy and colleagues estimate the antibiotic volumes used for pork and chicken production in China, a country with one of the fastest growing meat consumption rates (beating the US).

In an accompanying editorial, Peter Collignon and Andreas Voss comment on the methods of the study, which rely on estimates and US data, due to the lack of data from the developing world. What they both conclude is that we need a worldwide effort to collect and report this data, allowing for accurate and current analysis of usage and resistance patterns for animals as well as people.

Multiple sclerosis is a chronic disorder of the central nervous system leading to progressive neurological disability. Interferon β is used as a standard treatment, but the mechanism of its action remains largely unknown. In a new study in Acta Neuropathologica Communications, Stefanie Scheu and colleagues identify microglia as the orchestrators of myelin phagocytosis. Microglia, brain cells acting in a way akin to macrophages, respond to interferon β to become myelin damage cleaners. This finding may have potential implications for future treatment of multiple sclerosis. 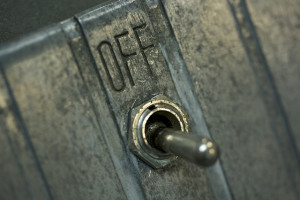 In Journal of Biological Engineering, Christina Smolke and colleagues describe a synthetic feedback control – a biological component of the cell that can respond in a programmed way to the changes in the cellular environment.

This genetic switch, based on the so-called ribozyme switch – was tested in mammalian cells and shown to inhibit transcription of a target gene by creating interfering miRNA, in the presence of an input ligand. The switch is part of a growing toolkit allowing synthetic biologists to build genetic circuits that are controlled by the level of a protein or small molecule in a feedback loop.

Myc is a known oncogene which has been intensively studied for the last 30 years or so. It’s been shown to directly regulate a number of different RNA species. In their latest study in BMC Biology, Peter Gallant and colleagues find that a class of small non-coding RNAs, so-called snoRNAs, are also targeted by Myc. They use a combination of sequencing approaches applied in fruit fly cells and identify a core set of approximately 500 Myc targets, many of which turned out to be snoRNAs.

The authors analyzed the data for other organisms as well, and show that this class of non-coding molecule is a conserved target of Myc across vertebrates.