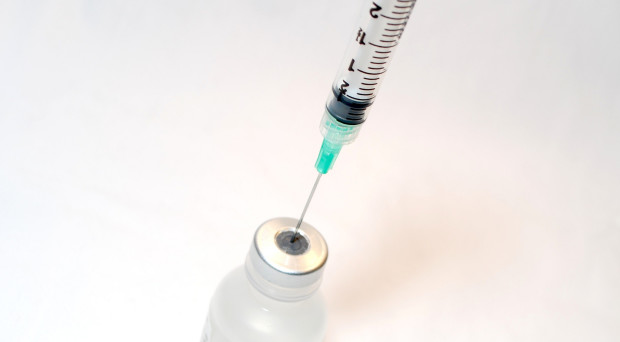 Antiretroviral therapy (ART) is plagued by serious therapeutic failures. In HIV patients undergoing combined ART (cART), these include failure to fully restore the normal functioning of the immune system, and failure to eradicate the virus from cART-resistant reservoirs, leading to persistent virus reactivation and chronic immune activation.

These failures result in the development of the so-called non-AIDS-related diseases, leading to a higher risk of hospitalization and death. Moreover, non-adherence in taking antiretroviral medication everyday is widespread. In fact, for ART to be effective in controlling HIV, patients must take ART pills every day at least 95% of the time.

In real life, however, adherence is about 70%, everywhere, including North America and Europe. This is insufficient to block virus multiplication and transmission, continued damage to the immune system, progression to AIDS, development of drug resistance, and a 3.8 times increased risk of death. The cost of non-adherence for public health is huge: new infections, increased hospitalization costs and a need to use more expensive therapies due to drug resistance.

In our paper we report the first evidence of cART intensification by a HIV/AIDS vaccine, the Tat vaccine. Immunization with the Tat vaccine of 168 ART-treated volunteers, in a phase II study in Italy, led to restoration of the immune system well beyond that provided by ART. This suggests a protective role for anti-Tat antibodies against HIV-1 Tat, a key HIV virulence factor, which is critical in the virus life cycle, cell-to-cell virus transmission and disease progression.

These results are being confirmed by a 48-week trial of ART-intensification in 200 subjects in South Africa. Of note, unlike all the other HIV-1 proteins, Tat is infrequently targeted by specific antibodies in the course of the natural infection, and when this occurs the infection does not progress or it does so at a very slow pace.

This strongly supports the notion that anti-Tat antibodies exert a protective role against progression to disease. Strikingly, the Tat vaccine also significantly reduced the HIV-1 proviral DNA load, which is the latent form of the virus that accumulates in reservoirs. The results indicate that, three years after the first immunization, CD4+ T cells continue to increase and proviral HIV DNA continues to decrease.

The implications of a new HIV/AIDS vaccine

The trial results indicate that the Tat vaccine induces remarkable and durable changes consistent with a restoration of the immune system well beyond that provided by cART. In the end, the vaccinees were persons who had been on cART since six years on average and who had responded very well to therapy, a group in which you really don’t expect to see much beyond what the therapy has already done.

The changes induced by this vaccine clearly indicate that the Tat protein must play a very important role in the chronic infection in patients on effective cART, contributing to the residual disease and complications observed in these subjects despite the good response to therapy. Indeed, although unexpected, the proviral DNA reduction in the peripheral blood further confirms the key role of Tat in AIDS pathogenesis, including virus activation (even under cART), cell-to-cell virus transmission and immune cell dysregulation, which are critical for the establishment and replenishment of the virus reservoir. Proviral DNA reduction was progressive and durable.

We prove for the first time that cART may be intensified by therapeutic immunization and that proviral DNA load may be progressively lowered. These results provide evidence that the goal of a functional cure may be feasible.

The future of vaccine clinical trials

These results open new scenarios to investigate, namely whether this vaccine may help with virus control where patients have low adherence to cART, simplify or interrupt therapy, or even block progression to disease in asymptomatic subjects as suggested by studies in natural infection. To these aims phase III clinical trials are being planned in South Africa for implementation in the near future.

Thank you for sharing. It’s very interesting. Hope to hear more from you. 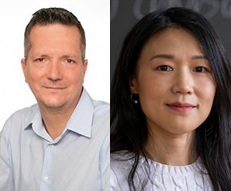 Barbara Ensoli is Director of the National AIDS Center, Istituto Superiore di Sanità, Rome, Italy, and member of the Scientific Council of the European Research Council, the WHO-UNAIDS Vaccine Advisory Committee, and the European Molecular Biology Organization. Her current research interests are HIV pathogenesis and the development of HIV/AIDS preventative and therapeutic vaccines, which are currently in advanced clinical development.