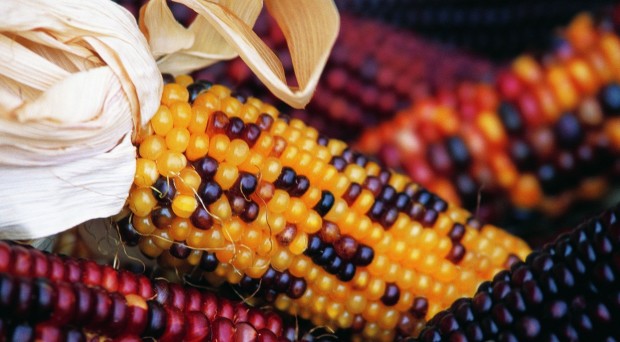 The field of mobile DNA is a broad and multidisciplinary one. The journal Mobile DNA aims to publish articles on DNA rearrangements in all organisms, and hence provide insights into areas such as mechanisms and regulation of transposition, genome evolution, disease, and tools for genomic research and biotechnology.

We are sad to announce that two of Mobile DNA’s founding editors, Nancy Craig and Thomas Eickbush, are retiring from the field and hence have stepped down as Editors-in-Chief for the journal. On behalf of the publisher, I’d like to thank Prof Craig and Prof Eickbush for their hard work as editors and for being wonderful colleagues to work alongside.

Reflecting on their time as editors for the journal, Prof Craig and Prof Eickbush told us about their personal aims for Mobile DNA when they founded the journal back in 2010 (alongside third co-Editor at the time, Daniel Voytas):

“Mobile DNA was launched as the first journal solely dedicated to the study of mobile genetic elements. While the contribution of these elements to the structure and regulation of genomes was well known by those in the field, it was the advent of sequencing the genomes of organisms throughout the tree of life that reinforced the importance of mobile elements to other fields.”

“We envisioned that Mobile DNA with its experienced Editorial Board should become the preferred venue for publications covering inquiries into all aspects of the mechanism, regulation, and evolution of these fascinating elements.”

Prof Craig and Prof Eickbush then explained how they hope to see the journal develop in the future:

“New findings and interpretations in the past few years have led to a resurfacing of the old arguments over the functionality of the noncoding DNA in genomes. Surprisingly the origin of much of this DNA as the propagation of mobile elements frequently does not even enter current discussions.”

“In the future I hope Mobile DNA will become the preferred journal to publish scholarly analyses of the mobile DNA elements of each sequenced genome. Guidelines for what constitutes a thorough analysis and its presentation in a manner that all fields can understand are needed. Such careful and uniform analyses are essential to enable informed investigations and discussions of the potential benefits and harm of the massive numbers of these elements in many genomes.”

We are delighted that our founding editors will be succeeded by two of the most influential names in the field, Marlene Belfort and Haig Kazazian, who will work alongside current Editors-in-Chief Henry Levin and Cédric Feschotte. 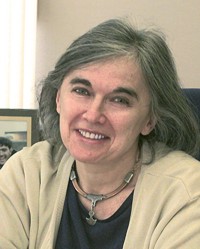 Marlene Belfort is a Distinguished Professor at U. Albany, State University of New York, and a Fellow of the American Academy of Arts and Sciences and member of the United States National Academy of Sciences.

Prof Belfort is a microbial geneticist and biochemist, with interests in self-splicing intervening sequences, introns and inteins, that are also mobile genetic elements. Prof Belfort told us how she became interested in transposable elements:

“My interest in mobile DNA arose from working as a graduate student studying bacteriophage λ and the lysis-lysogeny decision. Then, after the discovery of self-splicing introns in phage, I soon realized that the introns too are mobile genetic elements.”

“My interests are in endonuclease-mediated DNA-based homing processes, and reverse-transcriptase-promoted RNA-based retrotransposition reactions. My work reflects not only on how these mobile elements evolved, but on how they influence the evolution of genomes, and how they may be useful in biotechnology and medicine.”

“Mobile DNA embraces my personal vision of following discovery, from basic understanding of transposable elements to their potential roles in such processes as brain development, and diseases such as cancer.”

“Mobile DNA also embraces the philosophy that fundamental research gives us evolutionary insight, such as the arms race between mobile DNA and the host, and that such research can be translated into application, such as the recent CRISPR revolution. I am therefore honored and excited to join my colleagues Cédric, Henry and Haig as an Editor-in-Chief of the journal.” 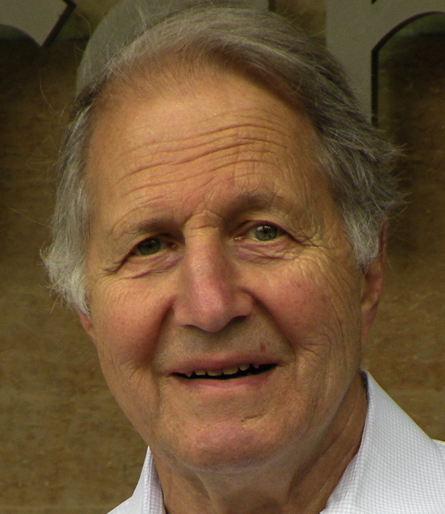 Coming from a very different area of mobile DNA research, Prof Kazazian is a human geneticist. He is a Professor at John Hopkins and a member of the Institute of Medicine of the National Academy of Sciences and a fellow of the American Academy of Arts and Sciences. Prof Kazazian told us about how he became interested in studying transposable elements:

“After success in researching beta-thalassemias with Stuart Orkin and Stylianos Antonarakis, we decided to study mutations in the large factor VIII gene, which is defective in hemophilia A. This gene was predicted to contain a different mutation in every unrelated patient.”

“During the study of 240 hemophilia A patients, we found two with L1 insertions into an exon of the gene. Upon seeing the first L1 insertion, I decided immediately to change my research goals and work on mobile DNA.”

“The year was 1987, and I have concentrated on mammalian mobile elements since. Thus, you could say that I came into the field by chance, but not really. I had previously been fascinated by the possibility of mammalian mobile DNA about which so little was known.”

“At the time, I was fortunate that Alan Scott was developing a consensus sequence of human L1 elements just two floors above my lab. What’s more, Jef Boeke in Molecular Biology at Hopkins, was an expert who coined the term retrotransposition during work on yeast Ty1, and Maxine Singer, the L1 guru, was a short distance away at NIH and willing to educate me, a neophyte in the field. I also had the good fortune to train a number of outstanding grad students and postdocs over the years, most notably John Moran.”

“Mobile DNA should become the premier journal in the broad field of DNA that has the exciting ability to “jump around” in its genome whether as DNA or through an RNA intermediate. The journal is already off to a great start thanks to Nancy, Tom, Cedric, and Henry. I am honored to take the place of a great leader and friend, Nancy Craig, as its co-Editor.”

Current editors, Dr Levin and Dr Feschotte, commented on Prof Belfort and Prof Kazazian stepping up as their new co-Editors-in-Chief:

“We are extremely grateful to the two founding editors, Nancy and Tom, for their inspiration and dedication over the past six years to building this premier journal for our community. Without their passion and leadership, this journal would not exist. Undoubtedly, this is a hard act to follow, but one would be hard-pressed to find a better duo than Marlene and Haig to further the mission initiated by Nancy and Tom. We are thrilled to have these two exceptional scientists stepping up as new co- Editors-in-Chief.”

“Marlene and Haig have made some of the most seminal discoveries in the field and in fact they rank amongst the most accomplished molecular biologists of our time. They have already contributed immensely to advance and popularize the study of mobile genetic elements and they have achieved a level of recognition that reaches far beyond our field.”

“Thus it will be a great honor and a fantastic opportunity to work closely with Marlene and Haig to serve and further develop Mobile DNA in the forthcoming years.”