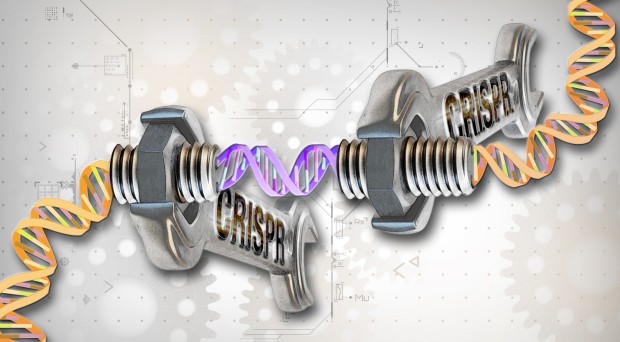 Genome editing came to crisper focus (to use the currently most battered pun in genomics) in 2012 with the demonstration from two independent groups – that of Jennifer Doudna and Emmanuelle Charpentier, and of Feng Zhang and Luciano Marrafini – that bacterial immune-system equivalent, CRISPR/Cas, can be effectively used for the targeted modification of the genome. More studies soon followed.

But of course the CRISPR/Cas system was only another in a long line of molecular biology tools that we’ve been trying to apply to genome editing for years. In 2011, TALENs were hailed by Nature Methods as a Method of the Year. Programmable ZFNs have been around even longer, with the first demonstrations of flexible restriction enzymes being published by Chandrasegaran group in 1996.

All these technologies have their enthusiasts; together, they have tremendously expanded the molecular biology toolkit, changing what is possible in life sciences. And for the last two years not a week has gone without a publication that contains ‘genome’ and ‘editing’ in its abstract.

From proof-of-principle to translation

It looks like genome editing can deliver with the light speed what has previously taken years, if not decades. As the Food and Drug Administration is close to approving one of the most awaited drugs in years – an LDL-lowering inhibitor of PCSK9 – a recent study in Circulation Research shows that the same effect can be obtained (albeit in mice only, for the time being) using the CRISPR/Cas technique.

Such applications in humans are still years of research and regulatory discussions away, but that is not to say that we don’t or won’t see this technology applied in therapy. Gene therapy is being trialled for the treatment of beta-thalassemia, and in the meantime new developments of techniques used in these therapies are quite regularly reported, promising that treatment will quickly become potentially safer and more efficient.

But while the research with therapeutic applications in mind is usually heavily regulated and controlled, studies looking into using genome editing technologies to modify other organisms seem to stand on a shakier ground. In March, Valentino Gantz and Ethan Bier from UCSD published an article in Science describing a CRISPR/Cas-based method for converting heterozygous mutations into homozygous mutations. The technique was applied in the fruit fly.

Gantz and Bier demonstrated that using their approach a mutation can be spread to the next generation with an incredible 97% efficiency. This allows for what is called a gene drive: biasing the way certain genes are inherited that eventually leads to alteration in the genome of the whole population. What’s the promise? An ease and ability to introduce genes into the populations of disease spreading organisms, such as, for instance, malaria carrying mosquitoes.

While some have already called the new technique ‘fantastic’, others advise caution: we don’t just yet have a sufficiently good grip on how the off-target editing works and how to prevent it, and so we don’t know what other alterations we may be introducing in the organisms. Even larger concern is that of containment to the targeted population, and taking into account how often this argument comes up in the discussion of genetically modified crops, it should not be underestimated.

Therapeutic applications of genome editing in humans may be heavily regulated, but that does not mean that the degree of the regulatory oversight is the same in all countries, or that there is a similar level of control over all the other ways genome editing can be used in humans. One application that makes people feel uneasy about genome editing is modification of the germ line cells – or in layman words: the potential to cure and/or otherwise design babies. And with gossip about the first manuscript describing generation of modified human embryos circulating in the community, it is more and more difficult to ignore this issue.

Unsurprisingly then, it finally erupted in March with publication of two comment articles: the first, from a small group of researchers including Fyodor Urnov, who was one of the early adopters of ZFN technology, appeared in Nature. While these authors primarily called for discussion on the safety of using genome editing in humans, they also asked for more: they called for a voluntary moratorium in the community on the human germ line editing work.

The other article, published in Science, is an outcome of a meeting that took place in Napa, CA, in January this year. There, a number of scientists working on genome editing (and the list of the signatories reads like a genome editing “Who’s who”) discussed the ethical problems related to the use of this technology in human embryos. Their recommendations are similar: we need more research to understand and manage risks associated with the use of CRISPR/Cas technology in human germ line. We need more discussion. We need to create informed regulatory policies. In these processes, we need to involve not just scientists working in the field, but also lawyers, bioethicists, other scientists, governments and last, but not least, the public.

What is the scenario that we’re actually worried about? That it won’t work well enough? Or that it will work too well?

While these two comments seem to speak with one voice, the results of the Napa meeting stop just short of calling for undefined moratoria. We can speculate that the reason is the consensus between the authors of how much territory they were willing to concede by signing the letter. And it is clear that not everyone feels about the issue as strongly, as the authors of the Nature comment, who would like to see germ line editing banned. For example, George Church says that any potential moratorium should only restrict work on embryos until we know it is safe: but he does not seem to be as rattled by the general perspective of making designer embryos. 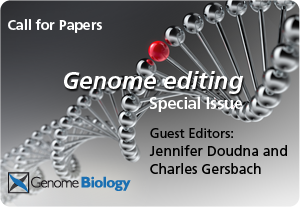 It should come as no surprise that with genome editing changing the field of genomics as we speak, at Genome Biology we decided to highlight this field of research with a special issue, to be published in the second half of 2015. We are also delighted to say that two distinguished researchers in this field, Professor Jennifer Doudna and Professor Charles Gersbach, join us in this venture as Guest Editors.

And so, without further ado, we would like to announce that we now welcome submissions of Research, Method and Software manuscripts describing insights into, or developing methods for studying, all aspects of genome editing, including but not limited to:

The deadline for submission is now extended until July 31st. Now roll up your sleeves and go edit some genomes!