Alejandro Sánchez-Alvarado’s dynamic enthusiasm comes through as he talks about his passion: regeneration. In an interview for Biome he reflects on his personal experiences in science that have shaped his current research.

Planarian flatworms have remarkable regenerative capacity, being able to regenerate a whole organism from a tiny fragment of its body (for a general introduction see his Q&A  in BMC Biology ) but what led Alejandro to work on this organism?

A focus on the past and a chance meeting at a conference were his inspiration. His interest was aroused on finding the book ‘Regeneration’ by TH Morgan, who is as Alejandro comments “the father of modern genetics on Drosophila”, and who undertook “forgotten classic” experiments in the early 1900s on planarians, providing several “beautiful” papers on their regeneration. Subsequently in the late 1990s, Alejandro’s chance meeting with Phil Newmark, who was working on invertebrate regeneration and in fact on planaria, started his own quest to understand regeneration in this organism. 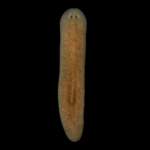 According to Alejandro, what makes a ‘good’ organism to study regeneration? The need for an organism with diploid – less complex – genetics and a genome with not too huge a size, and a way to establish a genetic model system for the organism. With this in mind, he settled on the planarian, and chose from 1000s of species of planaria to work on Schmidtea mediterranea.

Working on this planarian flatworm has not been easy. Research originally focused on asexually reproducing animals as they were very easy to keep in the lab, but given Alejandro’s desire to generate a genetic model for this organism, he needed the sexual biotype, which he received from Maria Pala, to lay eggs and produce fertile progeny.

All in the field had struggled to get this to work and it was only a move to the mountains in Utah that brought the answer: which was pure, wholesome mineral water. So he had succeeded where others have failed. Why is Alejandro excited by this? Because the genetics of this group of animals, the Lophotrochozoa, has not been studied before and this clade has the “largest collection of body plans on the planet”. So having a genetic model and ‘multiple lineages’ of planaria, Alejandro is in a good position to understand gene regulation and find the key to the remarkable plasticity of this clade.

Alejandro’s skills in working on planaria have led to elegant recent work on pharynx regeneration.  His group have shown that removal of a whole organ (for feeding) is possible, and this indeed has shed light on organ-specific regeneration. Another ‘first’ for this group.

So what more do we need to understand about regeneration? Alejandro reflects on this: “why is it that regeneration is so broadly but unevenly distributed among animals? That is a big mystery.” What he would also like to know is whether regeneration was invented multiple times in evolution: Did every animal invent it in its own way? Or is there a common “module of regeneration” that only some animals deploy? If so, why only them? More questions yet to be answered: but do listen to Alejandro’s answers in the podcast.