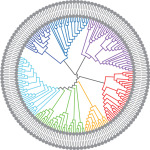 This year, the impact factor of BMC Biology has increased for the second year in succession, to reach 7.4. Although like (probably) most of you, we have serious reservations about the value and validity of impact factors as a measure of quality, we know how much they matter in practice to research biologists competing for jobs and funds; so it would be silly to say we don’t care about them. And it is especially important to acknowledge our debt to all the Editorial Board members, off-Board experts, and referees, without whose help we should not have been able to achieve this.

Our saddest news this year is the loss of Julian Lewis, one of the most thoughtful and sagacious of our Editorial Board members, probably as thoughtful and sagacious as we shall ever see, who died at the end of April. This was not unexpected, but is no scintilla less deeply felt and regretted for that, as the tributes of friends and colleagues Paul Martin and David Ish-Horowicz, and of Tanya Whitfield and Nick Monk clearly show. The most recent, from Arthur Lander, is now published in BMC Biology, and we are dedicating our new article series, Beyond Mendel: modeling in biology, to his memory.

A syllabub for Julian

In his earlier years, Julian was notably fond of puddings (UK – in the US, desserts). A syllabub is an old English confection of white wine, lemon zest, sugar and whipped cream: extremely simple, but because the lemon zest is infused in the wine overnight, with a subtle and sophisticated flavor. Julian’s writing was like that. The simplicity and sophistication were perhaps most notable in Chapter 1 of both Molecular Biology of the Cell and Essential Cell Biology, in which he captured, apparently effortlessly, the essence of those two miraculous textbooks. (It wasn’t effortless, of course.)

Julian was also, by common consent, a model of what a mathematical modeler in biology should be. Arthur Lander, in his tribute, describes the rare combination of openness of mind, agility of imagination, relentless rigor of logic, and profound understanding of biology, that won him the respect of all who knew him; and the remarkable gentleness of character that won their love.

Arthur, with Ewa Paluch, is Consulting Editor for the series on modeling in biology, and his tribute is published as a pre-launch contribution to the series. An account of Julian’s exemplary contribution to biological modelling is to be found in Jeremy Gunawardena’s article, ‘Models in biology: ‘accurate descriptions of our pathetic thinking’, also published as part of the pre-launch collection and already highly accessed, in which he explains how modeling in biology ought to work, with three examples, of which Julian’s 2003 paper on somitogenesis is one. The third article in the pre-launch collection is an elegant 2010 piece on modeling from Arthur Lander, ‘The edges of understanding’, which is as readable and interesting now as it was when we first published it, and which we think you will enjoy if you missed it when it first appeared.

We hope and believe that the thinking and writing in this little pre-launch collection does justice to Julian, and will illustrate for future contributors our aims and aspirations for the series, now open for research submissions ahead of its official launch date later in the Autumn.

Beyond Mendel? – Surely not

To the Editorial Board member who remarked waspishly that no-one has yet gone beyond Mendel, a quantitative modeler par excellence (sic), we apologize for the hubris of the series title; and to biologists embracing the challenge of marrying mathematics to biology, we offer a warm invitation to submit their papers, in the hope that they will be inspired and not daunted by exemplary contributions in earlier centuries and this one.