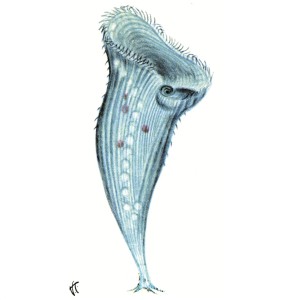 The design principles of cell shape are the main focus of Wallace Marshall’s lab at the Department of Biochemistry & Biophysics, UCSF. As the inaugural contributor to our series on Cell geometry  (see: “Origins of cellular geometry”) he discusses in this guest post the role of mathematical modelling and the lessons of physics in the context of a new review article by Fred Chang and Kerwyn Casey Huang “How and why cells grow as rods”, just published in the series.

Predictive models are the difference between alchemy and chemistry. Everyone seems to agree that simple, quantitatively predictive models, of the type seen in physics, are something we should strive for in cell biology.

Just collecting lists of genes and proteins that are somehow ‘involved in’ or ‘required for’ a given process may generate lots of papers, but it doesn’t tell us how the process works. For that, models are required. The catch, of course, is that most cellular processes, like cell shape, motility, and division, are so complicated-looking that one doesn’t even know where to start.

This problem of complexity was faced in molecular biology a generation ago, and the solution was provided by Delbrück and the ‘phage group’ – focus on very simple minimal systems and figure out how those work, and then extend that understanding to bigger systems.

This strategy, in turn, was inspired by examples from physics and physical chemistry. An often quoted example is the hydrogen atom – if you want to build models of atomic structure, it makes sense to start with hydrogen, the simplest atom.

What then is the hydrogen atom of cell biology? Let’s think about cell shape. What shape is simplest, in the sense of easiest to understand? The obvious answer is a sphere, except that it turns out building a perfect sphere is quite tricky. I would argue that rod-shaped cells, which include bacteria and yeast like S. pombe, are the simplest cell shapes to think about because these shapes can be generated by simple rules based on physics and known molecular processes (as discussed by Chang and Huang in detail).

These shapes are easy to describe using surfaces of rotation which makes it easy to start building models. Moreover, the fact that these cells have rigid cell walls means that the surface can be taken as a fixed boundary condition for studying processes within the cell.

For cell biologists used to working with mammalian cultured cells, these rod like cells may seem to be unusual, and indeed it is a fair question to ask how many of the lessons learned from rods will carry over to the living ‘blobs’ seen on a tissue culture plate.

The same argument was made about hydrogen – a carbon or gold atom isn’t just a scaled up hydrogen atom and indeed these bigger atoms have a much more complex orbital structure. Nevertheless the fundamental principles learned from studying hydrogen were critical for understanding more complex atoms.

And it’s not just general principles that we get from studying minimal systems. History has also shown us that simple systems are good test-beds for developing new techniques and approaches that can be applied to bigger, more complex cases. Tools and especially mathematical models used to understand hydrogen were immediately applied to other atoms with great success.

Particularly with regards to mathematical and computational approaches, rod-shaped cells seem to be playing just such a role in cell biology. The bi-annual Plant and Microbial Cytoskeleton Gordon Conference  has emerged as one of the leading forums for computational approaches in cell biology. It has always struck me as remarkable how almost every talk now at this meeting is based around mathematical modeling and quantitative image analysis.

This happened spontaneously, not because anyone said from now on this meeting has to be quantitative, but rather because the simple rod-shaped forms of most of the cells under discussion, combined with the rigid cell walls with simple symmetries, made it easier to get to a quantitative level than in other cell types with more complex and dynamically variable shapes.

The explosion of quantitative and mathematical studies of cell shape in bacteria and yeast isn’t just good for bacteriologists and yeast-ologists. The people who really need to be paying attention to these studies are researchers interested in other cell shapes. For example in developmental biology, it isn’t enough to turn out different patterns of gene expression, at some point cells have to take on different shapes to drive morphogenesis and to support their own specific physiological functions.

The question of cell shape is one that the field of developmental biology has mostly avoided confronting, for the obvious reason that it is hard to study. Likewise in stem cell therapy, we really need to understand the cell type specific shapes that arise as stem cells differentiate into neurons or pancreatic islet cells or whatever the doctor orders. To move stem cell therapy beyond the alchemy stage, we need predictive models. But mammalian cells in the body have such complex shapes, it is not obvious how to approach the study of shape formation in these complicated cases. We must look to the rods for inspiration.