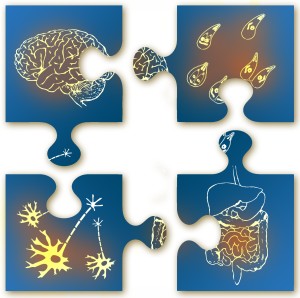 What is the nature of the relationship between the brain and the gut? This is a question that has fascinated scientists and clinicians for decades, and there appears to be no simple answer to it. It seems the more research that is done on this topic, the more complex and extensive the interactions are found to be.

This communication between the endocrine and nervous systems has been termed the gut-brain axis (or brain-gut axis), and is thought to be involved in many regular functions and systems within the healthy body as well as in many diseases.

Today is World Digestive Health Day, and we’re marking the date with the launch of an article collection, bringing together research from a range of microbiology and neuroscience journals on the topic of the gut-brain axis in health and disease.

A parasite that can change your mind

There are many parasites that can influence the brain and gut, having evolved highly specific mechanisms to take advantage of their hosts. One such parasite is Toxoplasma gondii, an ingenious protozoan parasite that’s found all over the world and can infect almost all warm-blooded animals.

Toxoplasma gondii  is ingested via contaminated food, water or accidentally via cat feces. Many people are infected (about 60 million in the US alone, according to the CDC) but are asymptomatic because the parasite can be held in check by a healthy immune system. 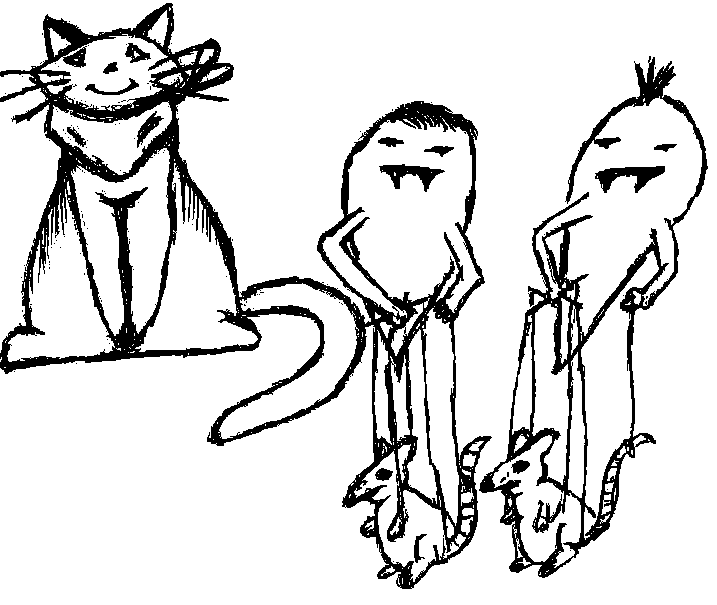 However, in the immunocompromised or at risk groups (such as pregnant women, who can pass it on to their unborn child), it can lead to toxoplasmosis. This ranges from mild, flu-like symptoms to brain damage in severe cases.

In rats, the parasite travels from the stomach to the brain causing behavioral changes. Infected rats  no longer recognize cats (or their odor) as dangerous, and are therefore more likely to place themselves at risk by appearing without caution in front of cats. Obviously, this works in the parasite’s favor as these rats are prone to being caught and eaten, thus infecting new cats, spreading to more rats and so on.

Antibiotics on the brain

Recent research has investigated the role of the gut-brain axis as part of the pathogenesis of different diseases,  and even as a potential target for treatment. The by-products produced by bacterial overgrowth in the gut, such as propionic acid have been recently linked with autism spectrum disorders.

This theory has been investigated by Laila Al-Ayadhi and colleagues, who have looked at the effect of propionic acid on brain development in rats. Bacterial overgrowth in the gut can be caused by extensive and unregulated use of antibiotics, which is becoming an increasing problem worldwide. As more children are exposed to antibiotics, the accompanying gastrointestinal effects of unregulated use could be linked with the development these disorders. The authors also assess the possibility of a diet excluding complex carbohydrates or diets high in anti-oxidants having a protective effect against this disease mechanism.

Stress and a leaky gut

The role of the innate immune response is well known as the first line in host defence against micro-organisms, yet it’s also implicated in several neuropathological scenarios. In recent years, increased attention has focused on the potential role the immune system may play in the pathophysiology of stress-related neuropsychiatric diseases, such as major depression or chronic fatigue syndrome.

Remarkably, certain models of stress have been shown to cause increased intestinal permeability, causing gut bacteria to move into the systemic circulation, as well as organs such as the spleen, liver and mesenteric lymph nodes.  This process, often referred to as ‘leaky gut’, has also been implicated in the inflammatory pathophysiology of patients with depression or chronic fatigue.

It is thought that circulating bacteria, offering a major source of Lipopolysaccharide (LPS), could activate toll-like receptor (TLR) signalling pathways in the brain and subsequently induce neuroinflammatory responses. This process has been investigated by Gárate et al. in a rat model, suggesting that increased stress causes TLR-4 upregulation in rat brain frontal cortex.

Our new article collection aims to uncover further insights into this fascinating area of research. We’re looking forward to seeing the submissions.

If you would like your manuscript to be considered for this collection, please indicate so at the time of submitting your article to us. For more information on these article series, please contact journals@biomedcentral.com.

This blog was written by Jennifer Franklin, Srimathy Sriskantharajah and Thomas Appleyard 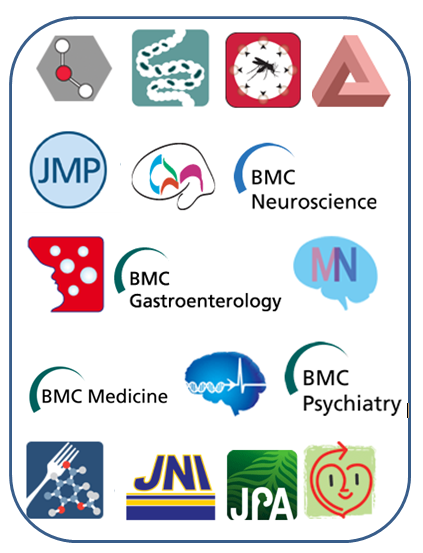 Hi,
I’m interested in learning more about PTSD and neuroscience. Any suggested routes? I have a B.S. in Philosophy. That said, this article: http://www.nytimes.com/2014/05/25/magazine/a-revolutionary-approach-to-treating-ptsd.html?_r=1 had some interesting things to say about the association between stress (traumatic memory) and digestive irritation (bowels, etc). This quote seems connected somehow: “Van der Kolk has scores of fMRI scans showing that when faced with a
trauma — or in the case of PTSD, with a traumatic memory — the
prefrontal cortex becomes muted, the speech center becomes muted and the
amygdala becomes hyperactive.” Is “muting” of various regions (brain or body) a common occurrence, and is the opposite effect of this “hyperactivity”? Toxo aside, it seems like brain and stomach are tied from the beginning of time.

Thanks for your interest in the series. Some of our neuroscience journals publish research on PTSD which may be of interest to you:

This interesting review has also recently been added to the series (http://www.jmolecularpsychiatry.com/content/2/1/4)
which looks at the relationship between irritable bowel syndrome and
psychiatric disorders.

I hope these are of use, and good luck with your future work.

Do you have study or article links for your information? Would like sources for a seminar I am working on.

Thank you for your comment. The research discussed is hyperlinked throughout the blog, and these should take you straight to the source of the research. Jennifer has also listed some further articles in the previous comment.