When the three bears returned to their house in the woods, they found that their porridge had been eaten, their chairs had been sat in and ultimately that Goldilocks was fast asleep in baby bear’s bed. Unbeknownst to Goldilocks, she would have left more than a broken chair behind. Each of her interactions with the bears’ house would have transferred microbes from her to the built environment in which they lived.

We know that humans are covered in microbial life, with more bacterial cells than the cells in our own bodies. We know much less about the microbes living in the built environment – the homes we live in, our offices, farms and factories. Most humans in industrialized countries now spend the vast majority of their lives indoors, and this has an impact on the microbial ecology of the indoor built environment, with microbes transferred from us to our buildings and vice versa.

The built environment is a brave new world for microbes – having little in common with the natural world. Fungi, bacteria and viruses are presented with unusual niches in which they may thrive. Kelley and Gilbert’s excellent review on this topic in Genome Biology predicts that there “probably exists a microbe that will survive on almost any built environment surface”. Many built environment surfaces acquire bacteria from human contact, mostly from constantly shed human skin, but also from the gut, oral cavity and urogenital tracts.

The microbiota in the classroom, published today in Microbiome, are mainly derived from human contact. Chair seats harbored bacteria found in the gut and vagina, while desks were a source of skin and oral microbes. Walls and floors, perhaps unsurprisingly, were less readily colonized by bacteria from the students, but provided an adequate niche for environmental bacteria brought in from outdoors, including some that also live on plants. The image below summaries their findings and the authors, from the Biology and Built Environment Center (BioBE) at the University of Oregon, have also created a great video to accompany the research.

Previous studies of the built environment have also pointed at humans as their main source of microbes. In contrast, sterile environments such as the neonatal intensive care unit and spacecraft hardware contain only the hardiest microbes, adapted to survive the cleaning products that they come into daily contact with.

Most of the microbes identified using culture-independent techniques are not usually harmful to human health, although it is unclear if they have health consequences for those living in these environments – surely a rich area for future research. This begs the question – can our knowledge of the microbial ecology of a classroom, an office or an intensive care unit help to design better buildings? Can microbiology inform architecture? Jessica Green, a co-author on the classroom microbiome study, thinks it can – as she explains in her TED talk.

In an editorial published today in Microbiome, Jacques Ravel and Eric Wommack praise Meadow and colleagues for the detailed methods in their study of the classroom microbiome, which will allow it to be easily reproduced. These techniques would be useful for an analysis of the bears’ cottage – if we were able to swab the porridge bowl, the chair and the bed that Goldilocks found to be “just right”, we would no doubt find some microbial life normally associated with human body sites; but one would predict that the majority of microbes would be similar to those found on the three bears, as well as some environmental microbes from the woods.

Studies of the built environment are the next frontier in microbiome research, bringing us closer to a comprehensive understanding of the microbial world, which we are only just beginning to understand, but in which we have always lived. 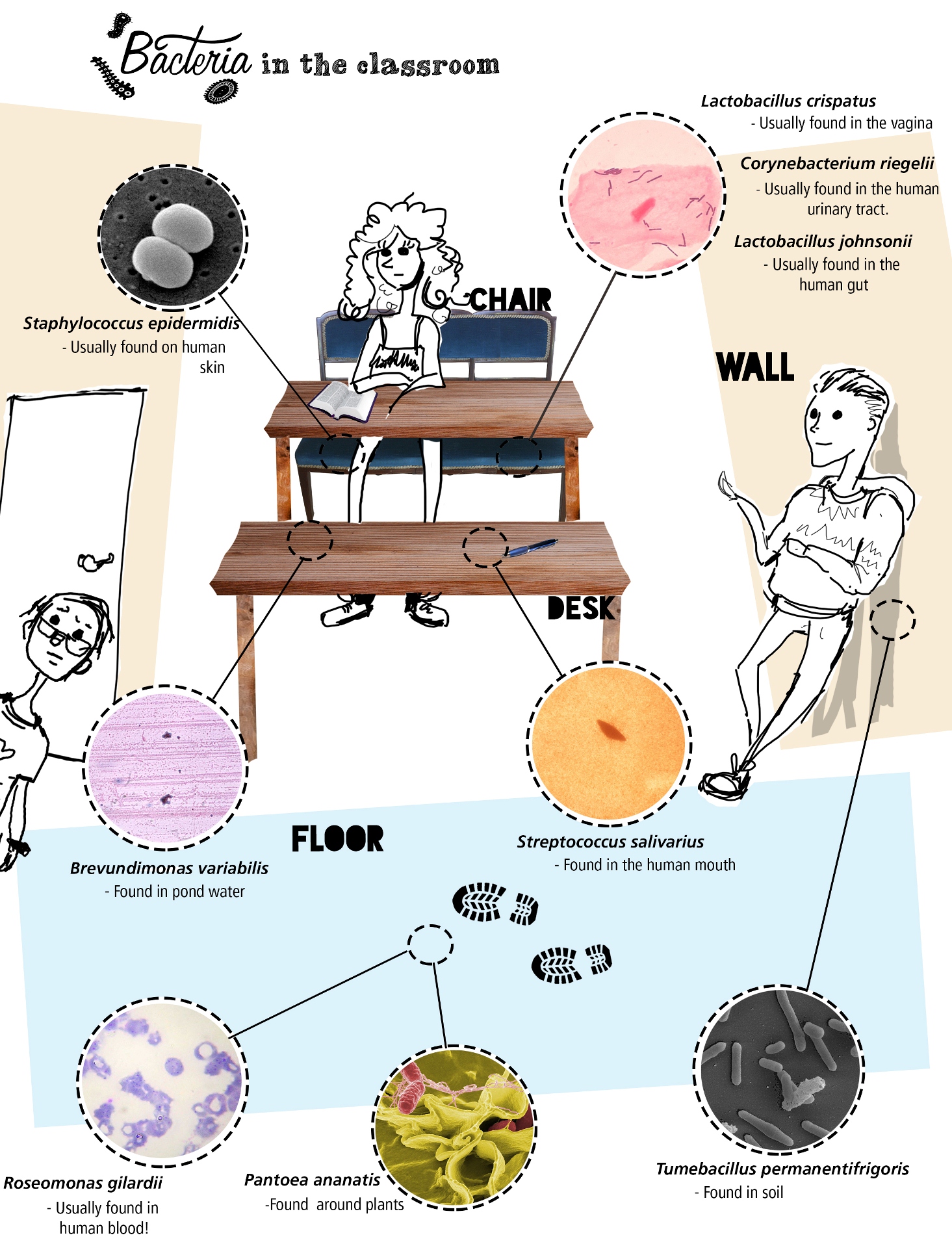 Associate Publisher at BioMed Central
Dr Ben Johnson is Head of Communities & Engagement at Springer Nature. He runs all online community blogs, including the Nature Research and Springer Nature communities and the BMC blogs. He has a PhD in influenza virus from the University of Reading and Public Health England and was a postdoc at Imperial College London before entering publishing as an Acquisitions Editor and then Associate Publisher at BMC, where he launched new open access journals. He is based in our London office.