Genome Biology today publishes the first set of articles in this month's special issue focused on 'the RBPome'. We will continue to publish RBPome articles throughout January, so look out for a heady mix of Research, Method, Software, Review, Research Highlight and Editorial articles.

'The RBPome' is our term for the rather wordy concept of 'RNA-binding proteins (RBPs) and their recognition elements within the transcriptome'. We hope to put the spotlight on gene regulation by RBPs, who until now have received less attention in the literature than gene regulatory components that act on DNA, such as transcription factors and histone modifications.

Who and what will be included in the issue?

One reason why the RBPome has been somewhat neglected is that it is technically challenging to study, but our issue promises to show why new methodologies are slowly improving our ability to map RBP-RNA interactions.

Research in the issue varies from global analyses of the RBPome to characterization of individual RBPs, and looks at various forms of RNA regulation mediated by RBPs, including mRNA splicing, degradation and editing, and functions in small RNA pathways. 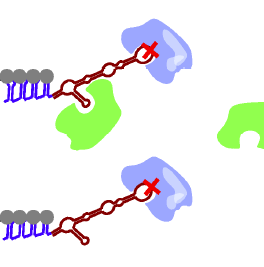 For example, the first crop of eleven articles include:

· Craig Smibert and Howard Lipshitz's delineation of Smaug's two strategies for down-regulating RNAs in the Drosophila early embryo, and a characterization of which RNAs are targeted

We have been very fortunate in having John Rinn (left) and Jernej Ule (right) serve as Guest Editors for the issue – and they have both been supremely generous with their time and expertise, for which we are very grateful.

Jernej developed the highly influential CLIP and iCLIP methods for mapping the RBPome, while John has made important breakthroughs in the study of long non-coding RNAs that have led him to an interest in the RBPome. Please do look out for their Editorial article later in the month, as well as their individual Method article contributions.

[…] Genome Biology today publishes the first set of articles in this month's special issue focused on 'the RBPome'.  […]

[…] The shapes of RNA secondary structures that mediate interactions with proteins is the subject of a new study published in Genome Biology, as part of its special issue on the RBPome. […]