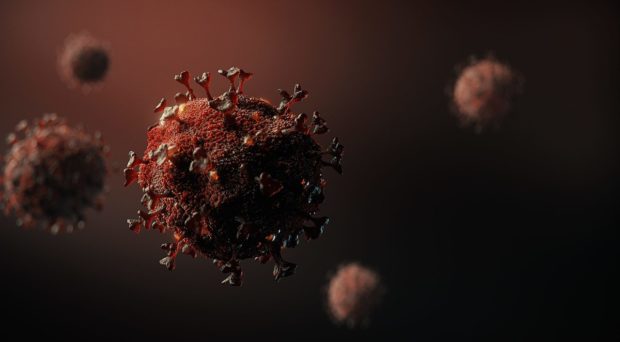 Illustration of SARS-Cov-2 virus. Source: We Are Covert LTD, Copyrighted free use, via Wikimedia Commons.

The emergence of severe acute respiratory syndrome coronavirus 2 (SARS-CoV-2) at the end of 2019 and the global spread and elevation to pandemic status has resulted in significant morbidity and mortality worldwide. COVID-19, the disease caused by SARS-CoV-2 spreads through close contacts and is highly contagious. In addition to the burden placed on healthcare systems worldwide, the spread of COVID-19 has severely affected the global economy, and has seen social and cultural practices disturbed. Due to the astounding and rapid work of many collaborating institutions and organisations, currently nine vaccines have been authorised for public use as of January 2021, and so, with any luck, we can only hope to be approaching normality again.

Early in the pandemic, it was expected that low- and middle-income countries would be particularly devastated because of already strained healthcare systems and minimal ventilator capacity. For example, the poor socioeconomic status of many countries in Africa, as well as the widespread malnutrition, fragile healthcare systems, endemic tropical infections, poverty, and close contact social practices renders it one of the most vulnerable regions in the world to COVID-19 infection. However, despite this fear, confirmed COVID-19 cases are limited to sub-tropical and temperate zones, with equatorial and tropical zone countries recording surprisingly low incidences of COVID-19. In this blog we will focus on COVID-19’s impact in sub-Saharan Africa.

As the pandemic has unfolded, several reasons were proposed for the low incidence of COVID-19 in the malaria-endemic belt of sub-Saharan Africa. Some researchers suggested that the reduced transmission was due to the warmer climate and a lower amount of international air travel relative to other continents that served to limit importation of cases. Others suggested that demographic factors and early implementation of lockdown measures in sub-Saharan Africa could be a reason for low mortality observed. A particularly interesting hypothesis is that protection against infection could be provided by long-term use of antimalarial medication.

A collaboration of researchers from five countries tackled this association with a two prong approach by 1) assessing the correlation between malaria death rates and COVID-19 death rates in HBHI areas of Africa and 2) characterizing the immunogenic regions in both Plasmodium falciparum and SARS-CoV-2 proteins.

The researchers proposed that prior exposure to malaria infection would protect against death from COVID-19. This has been shown with other infections through a process called antigenic imprinting (or original antigenic sin). In essence, an adaptive immune response against one antigen can also respond to an unrelated antigen, with the second antigen relying on the immunological memory created by the first antigen. Usually, cross-reactivity occurs between closely related organisms, but it is also seen between unrelated ones.

To examine the relative risk of exposure to SARS-CoV-2 and malaria, the relationship between malaria and COVID-19 death rates across Europe, Southeast Asia, the Western Pacific, the Eastern Mediterranean and HBHI regions of Africa were compared. Interestingly, the statistical analysis of malaria and COVID-19 indicated that all areas of HBHI regions had a significantly lower risk of COVID-19 infection.

Using this method the authors identified several four and five amino acid peptides within epitopes conserved between the two organisms. In particular, significant similarities were observed between immunodominant epitopes from the nucleocapsid (N) protein from SARS-CoV-2 and the TRAP (thrombospondin-related anonymous protein) from P. falciparum, as well as between the spike (S) protein of SARS-CoV-2 and SSP-2 (sporozoite surface protein 2) from P. falciparum.

Shared epitopes from both antigen pairs (N/TRAP proteins & S/SSP-2 proteins) were also shown to stimulate CD8+ T-cells (important for defense against intracellular pathogens, such as P. falciparum and SARS-CoV-2) through recognition of pathogen proteins by the human leukocyte antigen-A*02:01 (HLA-A*02:01), an MHC class 1 allelic variant.

Based on the principle of antigenic imprinting, the authors assumed the adaptive immune response mounted against P. falciparum TRAP protein (in the form of killer T-cells) could also recognize epitopes and trigger an immune response SARS-CoV-2 infection, and therefore provide protection in sub-Saharan Africa. The shared immunodominant epitope between TRAP and N proteins commonly recognized by HLA-A*02:01 was given the catchy name of 219-LALLLLDRL-227.

Some recent findings have indicated that SARS-CoV-2 is able to invade host lung cells through an interaction between its spike protein and a CD147 cell surface receptor.

It is well known that the P. falciparum TRAP protein (along with RH5) can interact with CD147 receptors on the surface of red blood cells (RBCs). This binding interaction between malarial parasite proteins on the surface of infected RBCs and a receptor on an uninfected RBC, results in sticking and clumping of healthy RBCs to the infected RBC (erythrocyte rosetting), and enables P. falciparum to escape recognition by the host’s immune system. Taken together, these findings suggest that immature and mature RBCs could also be implicated in SARS-CoV-2 infection through their CD147 receptors.

What does this all mean and where should we go from here?

With that being said, the demonstrated cross-reactivity between P. falciparum TRAP and SSP-2 proteins and SARS-CoV-2 N and S proteins could suggest an explanation for the ambiguous and intriguing finding that malaria-endemic regions have the lowest number of COVID-19 infections compared to the rest of the world. Additionally, reports of the CD147 receptor facilitating viral invasion of host RBCs implies a novel, alternative route of infection for SARS-CoV-2 related to the host’s blood stream. It has even been proposed CD147 receptors on RBCs could be a novel target for COVID-19 treatment, although Iesa and co-authors advise that their findings should first be practically confirmed and validated before development of a new treatment. 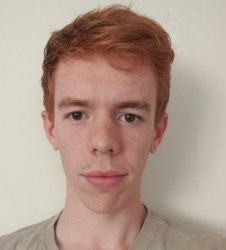