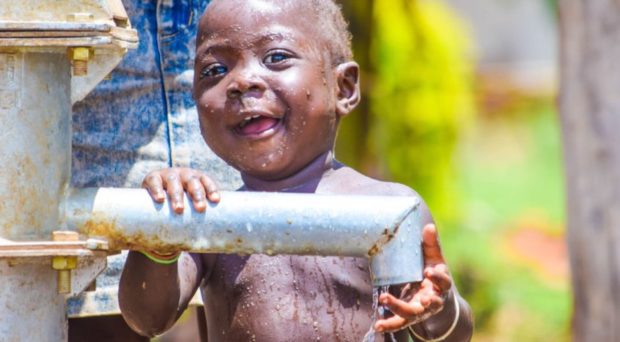 This blog post is part of a series publishing every Tuesday and featuring the new articles published in the LCNTDR Collection: Advances in scientific research for NTD control, led by the London Centre for Neglected Tropical Disease Research (LCNTDR). Stay tuned for the next blog posts on Twitter @bugbittentweets and @NTDResearch.

Trachoma and the SAFE strategy

Trachoma, the world’s leading infectious cause of blindness, affects 136.9 million people globally and is responsible for the vision impairment or blindness of 1.9 million people. It is caused by ocular infection with the bacterium Chlamydia trachomatis. Transmission is thought to occur directly from contact with hands and faces, or indirectly via clothing and potentially through the putative vector, the eye-seeking fly Musca sorbens. Access to clean water, sanitation and hygiene (WASH) is considered key to limiting transmission of ocular C. trachomatis infection.

The World Health Organization (WHO)-endorsed strategy for trachoma elimination as a public health problem is known by the acronym “SAFE”, where “S” stands for surgery for trichiasis (inturned eyelashes from the upper eyelid), “A” stands for antibiotics, “F” stands for facial cleanliness and “E” stands for environmental improvements, such as increased access to clean water and sanitation. Surgery and antibiotics are important treatments. Facial cleanliness and environmental improvements are essential to reducing the transmission of ocular C. trachomatis infection.

Having an unclean face is commonly associated with having active trachoma. The presence of active trachoma is measured directly in trachoma population-based prevalence surveys to determine whether, and for how long, “AFE” interventions are needed for.

An examination team was located in a central point in a village in Bambey District, Senegal, where it examined all children aged 0–9 years, after guardians provided informed consent. A single grader examined each participant using a 2.5× magnifying loupe and torchlight, recording whether there was dirt on the face, ocular discharge, nasal discharge, or flies on the face.

They then examined each participant’s eyes for clinical signs of trachoma, according to the WHO simplified grading system. The heads of all village compounds were asked questions about WASH access and use through a risk factor questionnaire.

Given that WASH access and use was reported to be high, the proportion of children with an unclean face indicator should have been low at the beginning of the day. This was not observed and can be explained either by: the facial indicators not being reliable measures of face washing; eye discharge, nose discharge or dirt rapidly re-accumulating after face washing in children in this population at the time of fieldwork; and/or responder bias to the risk factor questionnaire.

In order to achieve global elimination of trachoma as a public health problem, as targeted in the WHO road map for neglected tropical diseases 2021-2030 and the Sustainable Development Goals, reliable, standardised, practical measures of face washing are needed.

One key, albeit ambitious, target for further research is to determine a universally agreed upon measure of clean faces, which includes indicators that have high intra- and inter-grader reliability and consistency, that can be employed in a methodology without being confounded by place of assessment, time of day, environmental conditions, or cultural practices. This would enable national programmes to standardise training and data collection, enabling within- and between-country comparisons of face washing campaign effectiveness.

Facial cleanliness is a key component of the trachoma elimination strategy, and WASH is recognised as critical for NTD control and prevention. However, as the Neglected Tropical Disease/WHO toolkit WASH and health working together: A ‘how-to’ guide for NTD programmes notes, the clean face indicator is: “…investigational, requiring further research to confirm its programmatic relevance, repeatability, utility and/or safety.”

This research contributes to this need for further research and demonstrates that using these indicators within a prevalence survey context does not provide a reliable marker of face washing practices. 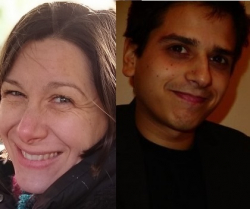 Dr Emma Harding-Esch is an epidemiologist, with a focus on neglected tropical diseases (primarily trachoma) and sexually transmitted infections (STIs).
Emma obtained both a MSc (Control of Infectious Diseases) and PhD ("Trachoma control and elimination: Field studies in The Gambia and Senegal") from LSHTM and led the field studies for the Partnership for the Rapid Elimination of Trachoma (PRET) trial in The Gambia. She also has experience of infectious disease surveillance, having been the Senior Enhanced Surveillance Scientist for CJD at Public Health England, and then a Principal Scientist in PHE's HIV/STI department. She was Senior Trials Coordinator for the eSTI2 Consortium, led by St George's, University of London, and subsequently the Programme Manager and Epidemiology Lead for the Applied Diagnostic Research and Evaluation Unit. At ADREU Emma conducted several diagnostic evaluations to assess the performance, clinical and public health impacts of novel diagnostic technologies for STIs.
Emma returned to LSHTM in November 2017 as an Associate Professor and Chief Scientist for Tropical Data, supporting national programmes to collect scientifically robust and standardised neglected tropical disease prevalence data, allowing interventions for disease elimination to be targeted and prioritised.


Tim Jesudason is a communications and health economics consultant that works with the London Centre for Neglected Tropical Disease Research, the International Coalition for Trachoma Control and Triangulate Health Ltd. In 2020, Tim completed an MSc Public Health (Health Economics) at the London School of Hygiene & Tropical Medicine. Tim is also a contributor at The Lancet Infectious Diseases.
Follow on Twitter @TimJesudason