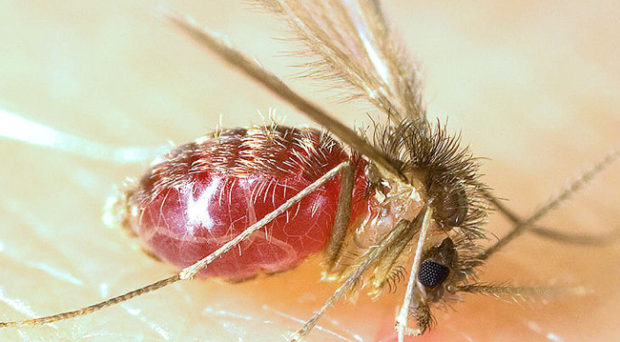 The parasitic disease visceral leishmaniasis is second only to malaria in causing human death across the world. In Latin America, the causative agent is the single-celled parasite Leishmania infantum. Initially living and multiplying within macrophages, it eventually invades the bone marrow, spleen and liver, causing fever, fatigue and swelling of the latter organs. If left untreated, the mortality rate is close to 100%, often due to the onset of opportunistic disease such as tuberculosis and pneumonia.

Visceral leishmaniasis has become a growing problem in urban areas of Brazil following the first major epidemic in the 1980s. Its increase has been associated with the presence of domestic chickens. This is because the vectors of the disease, the sand fly Lutzomyia longipalpis, are abundant near chicken coops. The females of these tiny biting flies feed on chicken blood and chickens act as a location in which male sand flies gather, attracting females for courtship and mating, thereby increasing their number within an urban locality. However, as birds cannot act as a host for L. infantum, there must be another factor involved. Studies have shown that, given a choice, sand flies prefer feeding on humans, dogs and other domestic animals. These mammals do act as hosts for leishmania; due to their likely proximity to chicken coops it has been proposed that, sand flies are diverted from feeding on the birds to feed on them, thereby continuing the parasite transmission cycle if the flies are infected.

Key to the gathering together of sand flies is the production, by the males, of a sex-aggregation pheromone that attracts both male and female conspecifics.

Identification of the male sex-aggregation pheromone

The recognition of L. longipalpis as a species complex was reliant, in part, upon the identification of the different chemotypes of sex-aggregation pheromones emitted by the male sand flies. The member of the species complex particularly associated with the expansion of visceral leishmaniasis transmission in Brazil produces the aggregation sex-pheromone (S)-9-methylgermacrene-B .

The discovery, and subsequent biosynthesis, of this pheromone stimulated investigations into its use in traps to monitor and control the sandflies. A long-lasting controlled-release device was used to emit the synthetic pheromone, in combination with an insecticide, at chicken roosting sites in semi urban/ rural sites in N.W. São Paulo state, Brazil as a lure-and-kill strategy. Sand fly abundance in households was reduced by 46% and this reduced the incidence of infection and parasite load in dogs.

To optimise the use of such traps, the best concentration of pheromone to use and the distance apart to place the traps needed to be determined. A team of UK and Brazilian scientists have recently reported their investigation of the distance L. longipalpis will fly to a source of the synthetic pheromone, placed at different distances from a release site in one of two households located on the edge of a city in South East Brazil. There was a moderate to high density of sand flies around the chicken sheds in each release location, with household A being located below an ascending slope and B above a descending slope.

The study used a mark-and-recapture technique to identify released sand flies by dusting them with fluorescent powder just before release.  Male and female sand flies were caught in CDC light traps equipped with the synthetic sex-aggregation pheromone as a lure. They were initially used to assess the effect of four different coloured fluorescent powders on their survival and coverage of the flies.  Sand flies covered with pink or lime coloured powder had the best survival rate. The lime and the pink fluorescent powders were alternated weekly during the subsequent experiment.

Two experimental sheds housing one chicken, and equipped with a downdraft trap, were used to catch released sand flies. One trap also had the synthetic pheromone lure, and the other acted as a control. They were placed equidistant from the household chicken shed release point and each other. In the evening, marked sand flies of both sexes were released and then collected from the experimental sheds on the next and the two subsequent mornings. The experiment was repeated many times, alternating the position of the lure, and moving the experimental sheds to different distances from the release points as shown in the figure.

Although some sand flies were collected as far as 30 meters from the release site, more were collected in traps placed close or at a medium distance, and significantly fewer reached the traps 15 or 30 meters away. Results did differ between the two sites, leading the authors to conclude this may be due to environmental and meteorological factors. They also pointed out that it was difficult to find households with chicken sheds surrounded by clear areas with no barriers that might hinder odour plumes coming from the synthetic pheromone, but that this actually represented the situation in which traps might be used.

In laboratory experiments, possible flight distance is limited by the length of wind tunnels (2-3 meters). This is the first investigation of the distance sand flies will fly towards these baited traps in the field. It is most encouraging that this synthetic lure, in combination with host odour, will attract sand flies up to 30 meters away from their aggregation site in a household chicken shed.

The authors conclude that more work needs to be done to investigate environmental factors affecting the functioning of the sex-aggregation pheromone baited traps and to develop mathematical models to determine best trap placement.