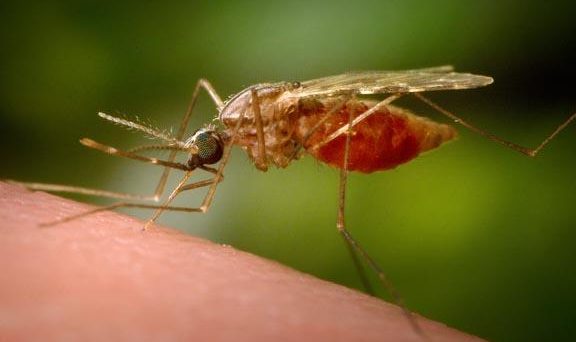 Anopheles funestus (photo by Jame Gathany, in the Public Domain, available on www.vectorbase.org)

Like stowaways in tiny drones with no fixed destination, malaria parasites taken up in a bloodmeal by a mosquito travel where the insects take them. The female mosquitoes, who need the blood to nourish their eggs, follow a feeding cycle: first rest to digest their meal, move to water bodies to lay their eggs and then search for their next meal. For some of the malaria parasites, a future bloodmeal may coincide with successfully infecting a new human host.

The thousands of movements of individual mosquitoes ultimately shape the pattern of malaria infection in the community. Mosquito movement can also influence the effectiveness of interventions. Insecticide-treated nets have a “community effect”, just living close to people who use them is enough to reduce the risk of malaria infection due the killing effect of the nets. However, how far mosquitoes fly and how this responds to interventions aimed at repelling rather than killing are not well known.

Measuring the distances travelled by mosquitoes is not easy. Mosquito mark-release-recapture can be time-consuming and sampling representatively challenging, and genetic markers may not work well over short distances for well-mixed populations. Consequently datasets which directly address mosquito movement are few. Mosquitoes tend to fly as far as they need to, and so the distances are likely to vary by setting and species. Additional sources of data from different settings would help build up a picture.

One potential additional source of information is trials of spatial repellents. In the trial which motivated our study, the spatial repellent consisted of coils treated with the chemical transfluthrin and then are burnt in the evenings. The primary aim had been to see whether mosquitoes were diverted from households using repellents to non-users.

In this paper, we investigate whether additional information can be squeezed out of the trials in order to estimate parameters of mosquito movement.

A crucial question is whether the method works. Using simulation, the estimates were found to be accurate in circumstances where there was sufficient information in the trial data. There needed to be a sufficient numbers of mosquitoes caught overall, a sufficient proportion repelled, and the coverage with spatial repellent had to be not very low. There also needed to be information on the total number of mosquitoes in the absence of repellents: this would involve a modification of the currently-used trial design.

The motivating trial was found to have too few mosquitoes repelled to be able to produce accurate estimates, but this does not preclude the method being used with future trials.

We hope that the method can be further validated using field data as it becomes available, and that secondary analyses such as this can help to build up the bigger picture to better inform the design of intervention strategies. 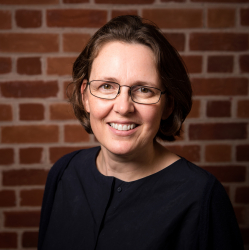