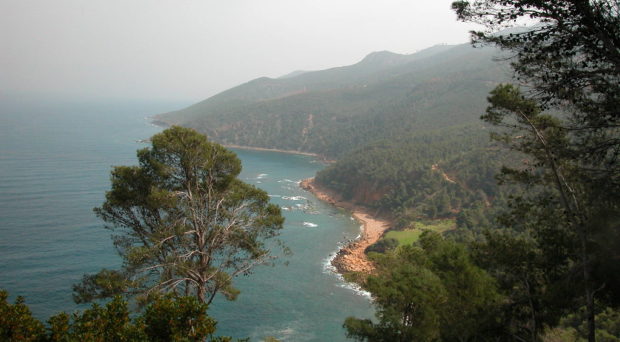 Shortly after Bugbitten’s recent Malaria elimination: are we nearly there yet? we were elated to hear that Algeria has been certified as one of the 38 malaria-free countries. This makes Algeria the second country to join the list in 2019 after Argentina.

To achieve WHO-certification of malaria elimination, a country needs to prove there has been no local transmission of any of the human malaria species across the country for 3 consecutive years, and that a robust surveillance and response system is in place to avoid a rebound in transmission. The voluntary process is led by the country applying and it is their responsibility to provide proof that they meet these criteria for certification.

“As well as saving precious lives and strengthening health systems, malaria-free status provides external economic benefits enabling them to free up resources to address other health and development priorities and improve worker productivity and school attendance,” Abdourahmane Diallo, head of the Roll Back Malaria (RBM) Partnership to End Malaria.

Malaria in Algeria was first identified in 1880 and by the 1960’s around 80,000 cases a year were reported. Through an integrated approach including free provision of diagnosis and treatment, as well indoor residual spraying and bed net use, this figure declined over the next 40 years to just 28,000 cases/ year. The Algerian government also prioritised investment in well-trained health professionals. Finally, universal health coverage and rigorous surveillance were instrumental to their successes.  “Algeria and Argentina have eliminated malaria thanks to the unwavering commitment and perseverance of the people and leaders of both countries,” said Dr Tedros Adhanom Ghebreyesus, WHO Director-General.

Africa, who is next?

Despite Algeria’s turbulent history of civil wars, the country joins the malaria-free list as the third country from Africa, after Mauritius in 1973 and Morocco in 2010. Before certification, most cases in Algeria were restricted to small areas along the trans-Saharan migration route. As with many countries, re-establishment of malaria due to imported cases is one of the biggest challenges facing elimination programs.

In 2007, the Elimination 8 (E8) group was formed with a focus on strengthening elimination efforts in 8 African countries, both at a cross-border and regional level. Four of these are low transmission countries- Botswana, Namibia, South Africa and Swaziland, with goals of elimination by 2020, and the other 4 are middle-high transmission: Angola, Mozambique, Zambia and Zimbabwe with a target of 2030.

South Africa unfortunately did not meet its national target to eliminate malaria by 2018, with 5 confirmed cases per 1000 reported in 2017. However, there is still potential to reach the E8 target of elimination by 2020, given that most of these cases are concentrated along the border of other E8 countries: Swaziland (another low-transmission country), Zimbabwe and Mozambique. Elimination in Botswana is also looking promising, with only 1485 reported cases in 2015.

Out of the E8 countries, Swaziland is closest on track to reach their targets, with only 157 confirmed cases of malaria in 2015. However, given its shared borders with South Africa mentioned above, sustained cross-border collaboration is essential.

No one thinks it’s going to be easy. Insecticide- and drug- resistance join imported-malaria as the main threats to sustained elimination. Indeed, in recent years the global burden of malaria has disappointingly plateaued and has actually increased in several high burden countries.

Consequently the 10+1 approach was launched as part of the global technical strategy for malaria (see also previous blog). In a bid to tackle the 11 countries with the highest burden of malaria, the 10+1 approach aims to:

Finally, history has demonstrated the disastrous effects of complacency in malaria control and so sustained government investment- as demonstrated by Algeria– is absolutely vital.