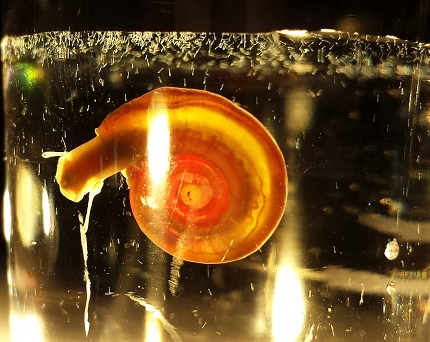 Parasites manipulating host behaviour is not a new story. There are lots of examples of parasites and parasitoids making their poor hosts do the most extraordinary things: grasshoppers purposefully jumping into water and drowning themselves, rats running towards cat urine smells, cockroaches walking into predator wasp lairs etc. This level of skilled “mind-control” would leave even our most talented illusionists agog with admiration and horror.

From a public and veterinary health point of view, the concept of host manipulation is of particular interest when it results in the increase of transmission of a disease. This has been suggested with mosquitoes and malaria parasites, where malaria infection in the mosquito leads to increased biting rates and subsequent spread of infection of the malaria parasite.

Schistosomes are remarkable parasites (I am biased!), with a complex two host life cycle: an intermediate aquatic host snail, and a (often) terrestrial definitive host, with transmission occurring in freshwater.

For schistosomes to be successful a number of conditions need to be met concerning water environment, the presence of specific snail species, and the frequency of water-contact behaviour of their targeted definitive host. And yet it is estimated that for the human-infecting species alone, over 200 million people harbour schistosome worms. As someone somewhat familiar with snail-surveys I can tell you that you can spend hours collecting hundreds of snails, in order to find only two or three infected with schistosomes. Yet somehow there are a large number of infected people in the areas nearby. It is not far-fetched to assume that schistosomes have evolved a variety of tricks to increase the likelihood of finding their next host.

A study undertaken by Maeda et al looked at one intermediate snail host’s, Biomphalaria glabrata, light-seeking and “light-bathing” behaviour (phototaxis/phototropism) when uninfected and when infected with Schistosoma mansoni parasites. Cercariae, the schistosome larval stage that emerges from snails and infects humans, are triggered to emerge from snails by light. It is thought this has evolved to synchronize with the diurnal activity of their targeted hosts, in this case humans.

This study shows that Biomphalaria snails infected with S. mansoni spend more time in light than those that are not infected. The authors established this by comparing two groups of snails, one infected and one uninfected. They placed each snail in individual conical Falcon tubes and used a camera to monitor the behaviour of the snails. They ran the tests using a fluorescent light from above, with and without aluminium foil around the bottom of the tube, and then with the fluorescent light shining from below. They quantified how much time the snails of each group spent in lighted areas. Their results showed that infected snails spent more time in the light compared to the control (uninfected) group, irrespective of whether the light source was from below or above.

The authors hypothesised that this “enhanced-phototropism” of infected snails was caused by the schistosomes themselves and may be a tactic used by the schistosome to increase the release of cercariae from the snails and thereby increase the number of transmission events from a given snail. The authors did note that this phenomenon was not observed in another snail-schistosome system, Oncomelania snail species and the parasite S. japonicum. So, this could be species (snail and schistosome) specific. They also noted that the mechanism of behaviour manipulation was not clear but cited similar mechanisms from other invertebrate-parasite systems.

A previous Bugbitten blog reported on a study researching the predator-prey interaction of freshwater prawns and snails (Biomphalaria and Bulinus species) in the presence/absence of schistosome infections (S. mansoni and S. haematobium respectively), looking at predatory (prawns) and anti-predatory (snails) behaviour. The study reported that infected snails were being predated at a higher rate than uninfected snails, with infected snails displaying reduced movement and anti-predator behaviour (exiting the water/hiding under substrate). The authors suggested that the changes in snail behaviour resulted from infection with schistosomes. Two explanations where discussed:

It is important to note that both studies (and most, if not all studies of schistosome-snail behaviour) were undertaken using laboratory strains of snails. It is possible that “natural” snails show different behaviours “in the wild”.

From observation to evidence, how to prove adaptive behaviour manipulation

As authors of the above cited studies have pointed out, it is crucial to determine the mechanism/s of behaviour manipulation. As explained in this review by Herbeson, Lagrue and Poulin, in order to unequivocally prove that the altered behaviour is directly driven by the parasite (and not due to side effects of being infected e.g. the host is feeling ill so behaves differently) and that the parasite is exhibiting adaptive behaviour manipulation, the mechanism needs to be determined at the molecular level. The beginning of the story starts with these important observational studies. Further research should aim to identify the causative factors originating from the parasite (manipulation factors) that then lead to changes in the host’s physiology and behaviour. This will bring all the pieces of the jigsaw together and give us vital insight into adaptive behaviour manipulation and behaviour itself! 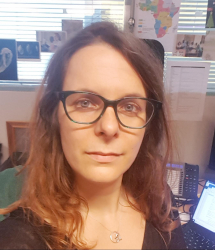