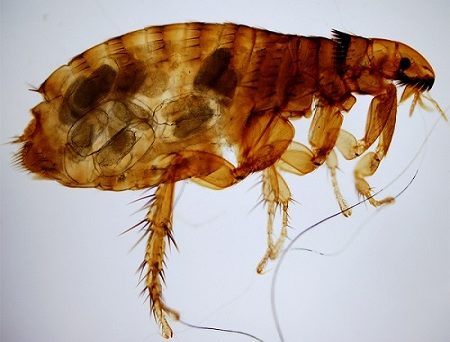 I need to make a confession.

Fleas were not my favorite parasites by far. When the phone was ringing some ten years ago and questions about fleas kept coming – I was not amused. Why?

The questions were simple, just asking “what are the fleas on dogs and cats these days?”. Holding a title of the veterinary parasitologist at the University of Sydney, Australia, I felt obliged to respond. So I did. It is the cat flea – was my answer.

Ten years ago a thought was spreading that the fleas on dogs and cats are being replaced by a new super flea. We soon dismissed the idea by collecting 2500 fleas from all around Australia and confirming that all we have is essentially the cat flea. No surprise there and I felt vindicated, that fleas are not going to be my favorite parasite.

Little did I know, that I was so wrong.

Over the past 10 years we have established that Australia has three distinct variants of the cat flea. To keep it simple we call them Sydney, Cairns and Darwin. We borrowed the names from the cities we first came across these fleas.

Australia has population of 25 million with 66% living in the greater cities. If you look at the geography of Australia, you should not be surprised that 85% live within 50 kilometers of the coastline, according to the Australian Bureau of Statistics. Most of the interior is arid. But why am I telling you that?

Cat fleas don’t like deserts. Cat fleas will be where we are, because they like our dogs and cats. The cat flea variants – Sydney, Cairns and Darwin – are determined by DNA signatures.

The Sydney variant appeared to be pretty much everywhere we looked, except when we started screening fleas from Cairns – up in the far north tropical Queensland, 2000 km north of Sydney. At first this seemed an oddity, but research and second thoughts proved it otherwise.

The flea, Ctenocephalides felis, is an ectoparasite of dogs and cats. Once a flea finds its host, it rarely, if ever, leaves. It has no reason to as it can take a blood meal whenever it pleases. Most of the blood is not even digested, and so is defecated. The flea poo ends up in dog and cat fur, eventually dropping off wherever the dog or cat sleeps, rests or just spends time.

You guessed it correctly – your sofa, or its favorite spot in the house or back yard. The poo is, in fact, food for the flea larva that are living in the same place. Female fleas lay up to 40 eggs a day all over the dogs’ fur and drop off together with the flea poo. Eggs hatch and larvae feed on the flea poo that is already there.

Outside the host, the eggs and larvae don’t survive in dry, arid environments, they simply desiccate. So major determinants of their distribution are humidity and temperature – the climate. The dog or cat is the same in Sydney and Cairns, so the climate is governing the distribution of cat fleas, but would this be true for the flea variants?

Climate change is happening and science has produced some groundbreaking prediction models showing how every square kilometer of our planet will look. According to the Intergovernmental Panel on Climate Change (IPCC), climate change scenarios are optimistic as well as sadly pessimistic. We wanted to explore if the climate change model will affect the suitable niche for the flea and if any of the predictors can explain the future distribution.

In the recent article published in Parasites & Vectors we modeled the niches for the cat fleas in Australia, using public bioclimatic data from all over Australia. In places, we identified, and genetically typed, cat fleas and we predicted where else suitable niches were. Predictably, the cat flea niche was all along the coast, no surprise there.

Cat fleas in Australia are already prepared for climate change, and the Cairns variant might be the super flea that I happily ignored ten years ago.

Regardless; the fleas aren’t going anywhere. It may not be the same flea, but it will still be the cat flea. It might not be the Sydney flea that will be ravaging our pets, but instead the one that will descent from the tropical north.

What all this suggest is that the cat fleas in Australia are already prepared for climate change, and the Cairns variant might be the super flea that I happily ignored ten years ago.

And last but not least, fleas are my favorite parasites. The invasive strategy of the pesky cat fleas in Australia illustrates how fragile the balance between the environment, host and fleas is. 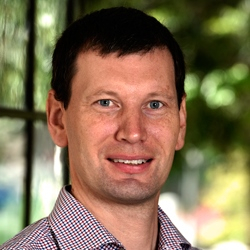 Jan is Professor of Veterinary and Molecular Parasitology at the University of Sydney, Australia. He has a particular interest in applications of molecular biology towards elucidating the unique properties of parasites of medical and veterinary importance. More recently he focuses on recognizing a role of parasites on host through their role in microbiome community within a host or vector to achieve understanding of host–parasite relationships.