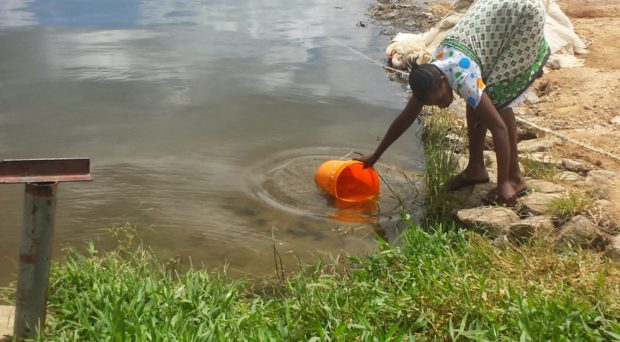 Collecting water from the lake

“Water, water everywhere, nor any drop to drink”

The poem “The Rime of the Ancient Mariner” takes place at sea, but the above phrase holds a strong message for public health actors. From a health perspective the absence of potable water is just one aspect of the problem. In fact, it’s the availability and accessibility to safe water that is intricately linked with health. For Neglected Tropical Diseases (NTDs), a diverse set of 20 infectious diseases, many of them parasitic and/or vector-borne, there is a growing consensus and mounting evidence that the role of WASH is vital for the long-term prevention of these diseases and for increasing health equity in affected communities (see our previous blog post on WASH and NTDS).

This is the realm where Sustainable Development Goals 3 (Good Health and Well-Being) and 6 (Clean Water and Sanitation) meet and, in 2015, the WHO released their 2015-2020 global strategy for integrating WASH and NTDs.  This year on the anniversary of the London Declaration on NTDs, 31st January, the WHO launched a practical guide on how to integrate WASH and NTDs.

Impact of WASH interventions on NTDs.

A challenge for the integration of WASH and NTD programmes is linked to measuring the impact of WASH interventions on NTDs, particularly in settings where NTD infections are being controlled using periodic large-scale population treatment (PCT).

It is logical to assume that WASH infrastructure and good practices need to be in place when scaling down an NTD control programme, in order to ensure that the control/elimination of the disease is sustained. However, financial issues are at stake and questions of “cost-effectiveness” and “measurable impact” are the at the forefront of decision making; often followed by “which WASH”, “how much WASH” and “for how long”. Measuring that impact can be difficult since there are different types of interventions and their effectiveness and uptake by the target population can vary greatly (will everyone use the provided toilet/water tap/soap, does everyone have access to that toilet/water tap/soap?).

Mathematical Modelling for WASH and NTDs.

They used a previously developed and tested model for STH transmission and control called WORMSIM. The original model simulates:

The model simulations give outputs of infection levels based on parasitological diagnostic tests, namely through counting eggs in faecal samples.

The research team expanded this model to include simulations of how the environment is contaminated by STH eggs and how humans become infected from the environment.

They then developed the WASH intervention aspects of the model, in particular:

The simulations were run with and without the addition of deworming programmes. For deworming, the model simulations assumed PCT with albendazole kills 99% of round worms (Ascaris lumbricoides), 95% of hookworms (Necator and Ancylostoma spp) and 60% of whipworms (Trichuris trichiura). They were also run using different levels of:

What mathematical models tells us about the impact of WASH on STH control and elimination.

From the simulations the authors observed that:

The authors highlighted some of the limitations of their model, such as the assumption that the effectiveness of WASH is the same for everybody who takes up WASH. They called for further trials focused on long-term impacts, looking at areas of high reinfection rates and disentangling interventions that prevent exposure vs. contribution to the environmental reservoir. They highight that WASH related data as well as NTD data should be carefully monitored.