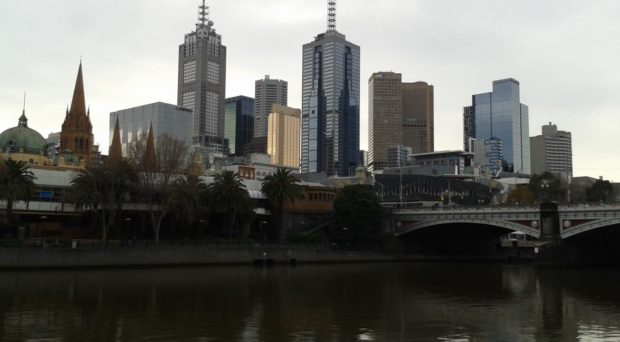 Progress toward malaria elimination is slowing. After successes in reducing malaria burden over the last 20 years, efforts toward reaching the 2030 elimination goals are being threatened. The number of annual cases has not actually been reduced since 2011. If history’s taught us anything, it’s that when we take our foot off the pedal- especially regarding funding for control programs- malaria resurges with a vengeance.

The 1st World Malaria Congress was held to confront this, drawing on the experiences of experts from across the field to help get that foot back down. The 5-day congress brought together academics, government officials, industry and funding bodies, hoping to facilitate discussion around lessons learned and how we refresh motivation, moving forward more efficiently to reach our elimination goals. Organised by Prof. Brendan Crabb (Burnett Institute) and Prof. Alan Cowman (WEHI), the congress was aptly hosted in Melbourne, Australia- a city home to multiple leading institutes in malariology.

Dr Pedro Alonso (Malaria. WHO) posited that one of the barriers we are facing is that in many places malaria has become the norm-  it has been around so long that “it has become in some ways accepted, an invisible disease”. Dr Jimmie Rodgers (Solomon Islands, Ministry of Health) supported this, saying “We need to do something different – sell it differently,”. Prof Barbara McPake (U. of Melbourne) added that the conglomeration of previously separate diseases under the one new Sustainability Development Goal: “Good health and one wellbeing”, would certainly demand re-thinking and encourage a more integrated approach to health. This notion of rebranding malaria echoed loudly throughout the congress.

So how much do we need and why should we keep financing malaria?

“Dr Rima Shretta emphasised that a global investment of US$100 billion leading up to the 2030 targets, could avert around 3 billion cases of malaria, save over 10 million lives and make savings of around US$7 trillion through increased productivity, health system savings and greater household prosperity – equivalent to more than a 40-fold return on investment. An annual malaria budget of US$6.4 sounds like a lot until, that is, you place it next to how much the US spends each 4 July on celebrations (US$7 billion), or what Australia intends to spend on its military in 2020 (AUD 150 billion).” (Daily update, Malaria World Congress)

As part of the Australian government’s $300 million Health Security Initiative, during the first day at the congress Australian Foreign Affairs Minister Julie Bishop announced that $16 million would fund 7 new malaria research projects in the Indo-pacific region.

The umbrella SDG of Good Health may require a more lateral rethinking of disease programs, to be smarter about the way we spend this funding. One aspect that was touched on was the design of cross-sectional control programs to attack more than one disease at a time e.g Mass Drug Administration with Ivermectin– traditionally used for control of filariasis, now shown to also reduce life span of malarial vectors. Dr Louise Kelly-Hope supported this, demonstrating how malaria control programs had reduced filariasis in Papua New Guinea through distribution of bed nets.

I also attended an interesting session on the China-Australia-PNG Tri-lateral Malaria Project, during which the success of the unusually structured partnership was picked apart to advise on how to make these relationships work. “You need to work with national governments to make real impact” Prof. Leanne Robinson (Burnet). Dr Moses Laman (PNGIMR), a panellist during this session, commented that the success of this project boiled down to trust between the partners and an understanding of underlying cultural differences. Dr Leanne Robinson emphasised that “we need to discuss the research questions in the local context with key partners”- from the get-go. ““Often we come to these discussions far too late. We have our funding, already written our grant proposal and we have a protocol. We know what we think we want to do because we think that is the critical research question to answer. If we want it to have impact, to work in the local context, we don’t know, so we need to ask for advice about how this work can be best implemented in an endemic country setting.”.

Dr Oanh Khuat Thi Hai enthused about the wealth of untapped knowledge civil societies held and how, even without financial incentive, sustained motivation to end malaria in these communities could not be rivalled. She despaired at how slow the malaria community had been in seeking engagement with civil societies, especially compared to HIV programs. “There is no voice for the people most affected, unlike other diseases such as HIV with strong involvement of civil society.” In a pre-meeting, the Global Civil Society for Malaria Elimination (CS4ME) advocated for more effective, sustainable, people-centred, rights-based, equitable, and inclusive malaria programmes and interventions. They want governments of implementing countries, donor countries and other duty bearers to 1. Frame malaria in a social justice and human rights context, and within universal health coverage and 2. Partner with civil society and community actors for effective malaria surveillance and response.

One of my favourite talks of the congress was that of medical anthropologist Prof. Lenore Meanderson. She highlighted some fantastically innovative social projects that were helping communities take ownership of reducing malaria in their areas. These projects integrate social entrepreneurship with healthcare, benefiting local communities financially along with their health outcomes. Pictured below is the Hairdressers and Health project, a collaboration between the UN Population Fund and the UNAIDS Secretariat. Recognising barbershops and beauty salons in Guyana as information hubs where clients felt safe and open to chat, they used these settings to mobilise health education around HIV prevention and to have it disseminate through the community from there.

Another unexpected philanthropy partnership was that with Nando’s and the Global fund, to create the “Goodbye malaria” campaign.

Creating employment opportunities in S. Africa, locally handmade jewellery and other accessories were sold at US Nando’s branches across the US and online, with the proceeds ultimately financing malaria control programs in Mozambique. This model incorporates local entrepreurism and the mobilisation of advocacy surrounding vector control, building on the concept of a global community which connects communities in the US, S. Africa and Mozambique.

Leaps are being made towards overcoming other more technical issues such as drug and insecticide resistance which are of course necessary for elimination, but perhaps the turning point lies in these community level partnerships, in better understanding local cultures to work more efficiently, directly investing in those affected to give them a voice. With their own people developing the programs from the beginning, this may be how we repackage malaria to appeal to government officials- by establishing trust.