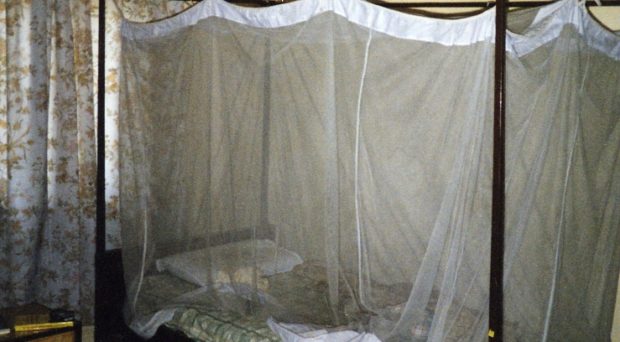 The success of malaria control programs to date have been largely attributed to the scale-up of distribution and use of long lasting insecticide treated nets (LLINs). Unfortunately, most of these nets are formulated with a single class of insecticide, pyrethroids, to which there is now widespread resistance across Africa.

The best characterised mechanism of pyrethroid resistance is known as Knock Down Resistance (KDR). KDR is caused by mutations in the gene encoding the voltage gated sodium channel (VGSC) that result in reduced susceptibility to pyrethroids as well as DDT classes of insecticide. Amongst these mutations, the two single nucleotide polymorphisms L1014S and L1014F in the 1014 codon of the VGSC gene are known to cause KDR in several anopheline mosquitoes. Previously thought to originate in East and West Africa, these mutations are now common across Africa.

The difficulties in investigating the relationship between these are well reviewed by Martin Donelly and colleagues in 2009 and can be summarised by “… kdr is associated with resistance to pyrethroids and DDT, but it is not evident that the presence of this resistance allele alone is sufficient to result in control failure.”

Earlier this year, Tarekegn Abeku and associates published the results of their investigation designed to gain further understanding in this field by investigating both genotypic and phenotypic kdr in relation to carbamate- based IRS in Uganda.

Using L1014S (kdr) as a proxy for pyrethroid resistance, they correlate this with the use of Bendiocarb (a carbamate insecticide and alternative to pyrethroids) in the different sites where mosquitoes were sampled.

They showed that in areas with Bendiocarb spraying there was a marked reduction in L1014S homozygosity amongst Anopheles gambiae s.s. populations. Interestingly, they note that indoor-collected adults had significantly more kdr homozygotes than mosquitoes collected as larvae, suggesting selective sampling for resistant adults with exposure to LLINs. Curiously, an association between LLINs use and kdr homozygosity was demonstrated to strengthen with increasing rainfall. This was suggested to be due to “an increased frequency of exposure to pyrethroids in relatively wet areas with a high vector density”.

Perhaps most poignantly, they suggest a role for Bendiocarb in reversing Pyrethroid resistance. Dr Weetman (Liverpool School of Tropical Medicine, UK) explains further, “A central tenet of insecticide resistance management (IRM) is that if an insecticide to which resistance has developed is withdrawn, or replaced by another with an alternative mode of action, resistance should fall. However, there are few field-based studies which have demonstrated that mosquitoes have read the IRM rulebook. This study provides a snapshot of resistance; that kdr frequencies are lower in sprayed areas compared to unsprayed, which is consistent with a fall driven by a reduction in selection pressure. A time-series investigating the dynamics of these mutation frequencies would add further value to this study. A major impact of changing insecticide from DDT and pyrethroid to bendiocarb for IRS on malaria in targeted Ugandan districts has been demonstrated previously. Overall, the data here suggest that resistance reversal may be an additional beneficial outcome, which could help preserve the efficacy of pyrethroids for LLINs.”

Resistance to insecticides has become a common thing, all research towards getting better ones is a good step. gudos for the good work you are doing.