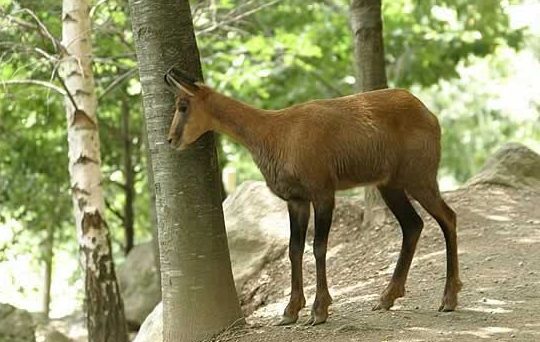 Parasite burden is one of the many differences that exist between the sexes and is seen in birds and mammals, including humans. Males are more susceptible to infection than females and exhibit greater infection-related pathology. This is particularly so for species where males and females differ in appearance and males mate with several females.

The causes are not simple

This sex-based difference could be the result of behavioural differences, with one sex coming into contact with sources of infection more than the other. However, it has also been ascribed to the association between testosterone and the immune system . This is because, although the exact mechanism of action is unclear, evidence suggests an immunosuppressive role for testosterone which would hamper the elimination of parasites.

One problem that complicates an investigation of testosterone levels, parasitic infections and male versus female fitness is that, in these sexually dimorphic species, the costs associated with the development of testosterone-induced secondary sexual characteristics such as antlers or peacock feathers could also be costly. It might be difficult to sort out the difference between these costs and those imposed by a high parasite burden.

In order to circumvent this problem Emmanuel Serrano and his team studied male and female Pyrenean chamois. Male and female chamois are similar in appearance so the males will not carry any burden associated with the development of secondary sexual characteristics, and have similar lifespans.  The males are known to be heavily parasitized, making them a good model for this investigation.

They studied 17 females and 11 males collected in a National Game Reserve in the Catalan Pyrenees between October and December which is the rutting season when testosterone levels would be high in males. All males and all but one female were infected with gastrointestinal parasites. Twenty five different helminth parasites were identified with the highest burden being 6,500. Different parasite species were associated with specific regions of the gut.

In common with other studies of sex-based differences, males had a higher parasite burden and a greater variety of species than females, irrespective of their age.

In their second paper, recently published in Parasites and Vectors, they describe the continuation of their study with an examination of roundworms in the lungs of these same chamois. Here again males were more heavily parasitized than females and also demonstrated a marked increase in the diversity of parasite species they harboured.

The costs of infection

To assess the effect of these parasitic infections they measured physiological costs in terms of nutritional status and oxidative stress.  However, in addition to high parasite loads, males experience stress and malnutrition due to their reduced feeding time during the rutting season. The researchers therefore expected these measures of fitness to differ between males and females, but they also reasoned that having similar life spans, males may have compensating mechanisms in place.

Kidney fat reserves and insulin like growth factor 1 were used as indicators of body condition and oxidative stress biomarkers, in terms of the concentration of antioxidants and also oxidative damage, were assessed to gauge the physiological costs of infection.

Overall, as would be expected,  chamois with low parasite burdens had better body condition and less signs of oxidative stress that those with high intensity of infection. More surprisingly, animals harbouring several different parasite species incurred greater physiological costs compared with those with single species infections.

Males fared worse than females. There was no correlation between health status and parasitaemia in females, whereas, males with high parasite burdens exhibited low body condition and reduced antioxidant defences.

These finding left the authors with several questions to be considered

With respect to the male chamois, the immunorepressive effect of high testosterone levels could well be the cause of their high parasite burdens, however, the authors also propose other factors associated with behaviour patterns that differ between males and females that could contribute to the sex-biased differences. Males have a larger home range on the alpine meadows than females and feed at higher intensity prior to the rutting period thus may have greater opportunity of encountering infective larvae.

The higher parasitaemia seen in males could indeed account for the loss of body condition but so too could the fact that they imbibe less food during the rutting season as they spend time defending territory and it is notable that the number of parasite species had more effect than intensity of infection.

Finally, there is the question of life-time costs to males of these high burdens of parasites. Clearly, if average life-span of the sexes does not differ, males are able to cope with these costs. Perhaps females incur costs associates with bearing young at a later time of year when males can recover from the stresses caused by rutting and this evens things out between the sexes.

Lessons to be learnt

Although these researchers chose an animal model that was not complicated by the costs to males of producing sexual ornaments, there are still factors other than testosterone that muddy the waters. These sex-based differences need to be examined throughout the year for the whole of an animal’s lifetime. Investigations of wild animals in their natural settings are fraught with difficulties but essential nevertheless!