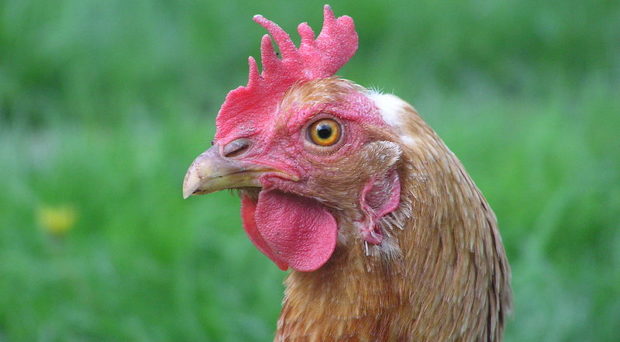 Head of a hen. Taken by Filip Maljković

Mosquitoes use scent as their primary cue to detect the species that they feed upon; some mosquito species being more generalist feeders whilst others are particularly attracted to the volatiles given off by one particular host. If these hosts are humans, then their relative importance as transmitters of disease will be higher than those mosquitoes that prefer non-human hosts. For the more generalist feeders, the abundance and location of a particular host will also affect their feeding choice. Identification of the particular blend of odours that are attractive to disease transmitting mosquitoes has been the subject of intense investigation with the objective of using these molecules as bait in mosquito traps. However, rather than attracting biting insects, some odours repel them. These form the basis of insect repellent creams and lotions.

Insecticide-treated bednets (ITNs) kill mosquitoes such as Anopheles gambiae, whose feeding behaviour largely involves blood feeding on people at night when they are indoors, asleep. One of the predicted outcomes of the widespread use ITNs in a particular area was that selection will be occurring in favour of mosquitoes that primarily bite out of doors and during the day, and are not so focused on humans as their hosts.

While the most studied of the mosquito species that transmits malaria is An. gambiae s.s., another member of the Anopheles gambiae species complex, Anopheles arabiensis, is also a major vector in Africa, and, in some places where ITNs have been used extensively, it has largely replaced An. gambiae s.s. as the principal malaria vector.

An. arabiensis has been shown to be more likely to feed out doors and, although it has a preference for humans when feeding indoors, it will feed on several other hosts, and in particularly cattle. Host abundance is a determinant in its feeding choice but despite the abundance of chickens in many rural environments, there is some evidence that birds are unlikely to provide blood meals for this mosquito.

In their recently published study of the blood feeding behaviour of An. arabiensis, researchers based in Sweden and Ethiopia have demonstrated chickens actually repel these mosquitoes.Their study took place in three villages in Western Ethiopia.

The blood meals of anopheline mosquitoes, caught resting indoors or outdoors, in specially dug pits, were analysed by enzyme-linked immunosorbent assay to determine from which animals the mosquitoes had fed. Blood meal source was related to the number of animals available as food sources in the environment. Of the mosquitoes collected (4739 in total) 98.5% were An. arabiensis. These mosquitoes showed a strong preference for feeding on humans if they were caught indoors and cattle if they were caught in the outdoor pits. Goats and sheep also provided a source of blood but, despite the abundance of chickens, no mosquitoes had fed on them.

Volatile compounds were collected from hair, fur or feathers gathered from local goats, sheep, cattle and chickens. Some of the volatiles identified were associated with more than one animal and others were specific to one. Hexadecane, naphthalene, isobutyl butanoate and trans-limonene oxide, and two unidentified compounds were specific to chickens.

Using laboratory reared An. arabiensis the response to these chemicals was tested by recording electrical responses made by the tip of antennae when exposed individually to the volatiles that had been collected and to different doses of synthetic standards. The antennae responded to each the compounds differently and in a dose-response manner. The antennae were also differentially sensitive to different compounds.

Putting host odours to the test

To test whether, and how, blood-seeking female An. arabiensis actually respond to any of these volatiles in the field, the researchers used humans sleeping under non-insecticide-treated bednets to attract the mosquitoes into huts.

Besides the sleeping volunteers the researchers hung a trap to catch incoming mosquitoes, plus a dispenser vial containing one of the synthetic volatiles, or a negative control with the solvent alone.Some of the volatiles, including the chicken-specific volatiles (isobutyl butanoate, naphthalene, hexadecane and trans-limonene), actually attracted fewer mosquitoes than the negative control baited traps.

Finally, a chicken in a small cage was suspended next to the trap, and this, like the chicken volatiles, appeared to repel mosquitoes as fewer were collected compared to traps that were not close to any chicken or test volatiles.

The authors suggest chickens may not be attractive hosts to mosquitoes because a covering of feathers may be difficult to feed through, and an added disadvantage is that chickens eat mosquitoes!

Whatever the reason for the aversion to such an abundant prey, the identification of the cues that repel An. arabiensis could be put to advantage by using synthetic versions of the repulsive volatiles to mask attractive volatiles of host species, or act as repellents. If we are lucky, they will also repel other species of anopheline mosquitoes.