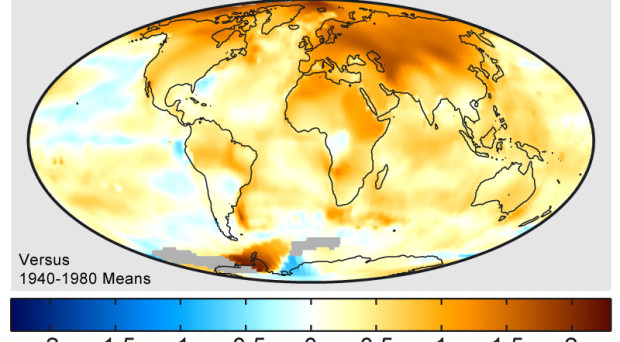 The effect of climate change on the distribution and intensity of vector-borne diseases has been a controversial topic for the last 20 years. The controversy started when early studies, working on simplistic assumptions, using the first iteration of GCM models, generated alarming results in terms of the expansion of mosquito-borne diseases in response to climate change. There is solid evidence that climate change could affect the distribution and intensity of vector-borne disease in specific locations, such as the highlands of East Africa as well as South America, where malaria reaches higher elevations in warmer years. However, the potential effect of climate change at the global scale was questioned and disputed, and its importance relative to other factors determining the distribution of vectors and the intensity of transmission was challenged. Nevertheless, examples of the range expansion of vectors and pathogens continue to accumulate such as e.g. the first detection of avian malaria in Alaskan bird populations; an increasing trend in avian malaria infections in general associated with temperature anomalies; the continued expansion of Ixodes ricinus in Europe; and the northward expansion of a new species of biting midge, Culicoides imicola into Europe, bringing with itself novel strains of bluetongue and a new pathogen, Schmallenberg Virus. Calls for synthesis have been periodically repeated, but have not reached a point of conclusion so far.

The latest round of the debate has been summarized in a special issue of the Philosophical Transactions of the Royal Society B, published this February. The central synthesis and review article of the issue was developed by a Working Group at the National Institute of Mathematical and Biological Synthesis (NIMBiOS) that includes a veritable who’s-who of the leading experts on the ecology of vector-borne diseases. One of the main issues raised in this review article is the importance of considering in addition to climatic effects, the complexity of potentially confounding causal mechanisms that explain variation in the distribution and intensity of vector-borne diseases, including both epidemiological, environmental, social, economic and demographic factors. This reminds me of a brilliant presentation I heard by Andy Dobson in 2010 at ESA on the topic, where he suggested to take into account land cover change in addition to climate change. He predicted that climate change will most pronouncedly affect the transmission of vector-borne diseases in the temperate and cold regions (as well as higher elevations), while in the tropics, most changes will be driven by land use and land cover change. Walter Tabachnick has also published an influential article in 2010 on the complexity of factors determining the outcome of vector-borne “disease episystems” and the challenges associated with predicting them. The current review in the special issue provides a useful synthesis of where we are currently in overcoming these challenges, as well as a treasure trove of references for those interested in the topic. In addition, it highlights knowledge gaps, such as the lack of much information for rickettsial diseases transmitted by ticks in general, and the influence of environmental variables on key parameters such as the extrinsic incubation period, vector competence, the biting behavior and interactions with infection. The paper finally recommends a potential climate risk assessment framework for assessing vector-borne disease risk, based upon the Climate Impacts and Risk Assessment Framework (CIRF), developed by the UK Meteorological Office. This framework has a looped structure suggesting continued reevaluation of risk following the initial assessment.

The special issue contains a selection of both review and research articles around the topics highlighted above. A summary of ongoing public health efforts at the WHO and elsewhere is provided, with the view that focusing on strengthening current disease control efforts provides the most benefit for the future. A pair of review and research articles challenges the assumption that vectors will not evolve and adapt to changing local environmental conditions, and provides evidence that such adaptation can occur at the decadal timescale. Another pair of review and research papers by some of my most respected colleagues address the effect of climate change on diseases transmitted by Ixodes ticks specifically, and the many gaps in our knowledge, as well as finding that the advance of Ixodes scapularis activity in warmer years is not associated with an increased synchrony between nymphal and larval activity, which could favor less pathogenic strains of Borrelia burgdorferi. Two research articles provide novel predictions for the geographic range of Ae. aegypti and Ae. albopictus, with one of them predicting suitable habitat in the Pacific Northwest US for Ae. albopictus, where I live, which I have not been aware of. A review article by Shlomit Paz argues the importance of considering the effects of climate change for predicting the distribution of West Nile virus in the future, echoing the words of Epstein 15 years ago and so many others since. David Rogers challenges us to think deeply about the necessary complexity of the models we use to predict the distribution of vector-borne diseases, using dengue as an example, and suggest simple but elegant methods to find out what variables are really needed. Finally, we learn that climate change might at least have some positive effects, as habitat suitability is expected to decline for the vectors of Chagas disease in the future.

While the special issue provides a nice update on the current state of our understanding of the effects of climate change on vector-borne diseases, I was slightly disappointed that none of the articles followed the welcome rallying call of the central synthesis paper for combining both climatic and non-climatic factors in a single framework to predict the distribution and intensity of vector-borne diseases (except maybe this paper). In particular, I believe that land-use / land-cover change and climate change both need to be incorporated as these have the largest potential to affect the population dynamics of vectors and transmission dynamics of pathogens (e.g. West Nile and dengue). Unfortunately, as long as such studies are lacking, non-climatic factors will remain confounding variables, generating additional “model” uncertainty. Hopefully, readers of this special volume will take up the challenge and address this issue, so we can finally isolate the effect of climate change on vector-borne diseases conclusively.