In a couple of days it is once again Christmas. For many people, Christmas is snow, and for overwintering invertebrates permanent winter snow cover usually provides a buffered and thermally stable microclimate. For example, the distribution of Aedes albopictus, the Asian Tiger Mosquito, has been linked to snow cover that insulate the eggs allowing successful overwintering at low temperatures. In a recent article in Parasites & Vectors , Oliver Brady and colleagues describe how temperature alone influence survival of adult Tiger Mosquitoes. This is an important step to understand the geographic limits for these species, but as they note Ae. aegypti has a greater tolerance to of lower temperatures compared to Ae. albopictus. These observations are at odds with their geographic distribution, stressing the need to understand which conditions allow Ae. albopictus to persist during cold winter temperatures. Snow cover might play an important role. While snow might be a question of life or death for overwintering invertebrates, most people are concerned due to aesthetic reasons, and some people even try making money by placing bets.

Due to climate change (climate change is more than changes in temperature), the chances of snow in the future might change dramatically. As a bit of fun, the figure below shows the output from a single realization a climate model, NorESM. It shows a 20 year running mean of the change (%) in snowfall in December compared to 1975-2005 (a period many of us remember). The colours indicate emission scenario, where red is business as usual, orange is a stabilization scenario, green is substantial cuts, and black is historical. These realizations, when split up in continents, suggest the chances of a white Christmas will decrease in the northern hemisphere, while chances might increase in South America and Australia. I bet the Asian Tiger Mosquitoes would love to see this figure. Merry Christmas to overwintering invertebrates and our readers! 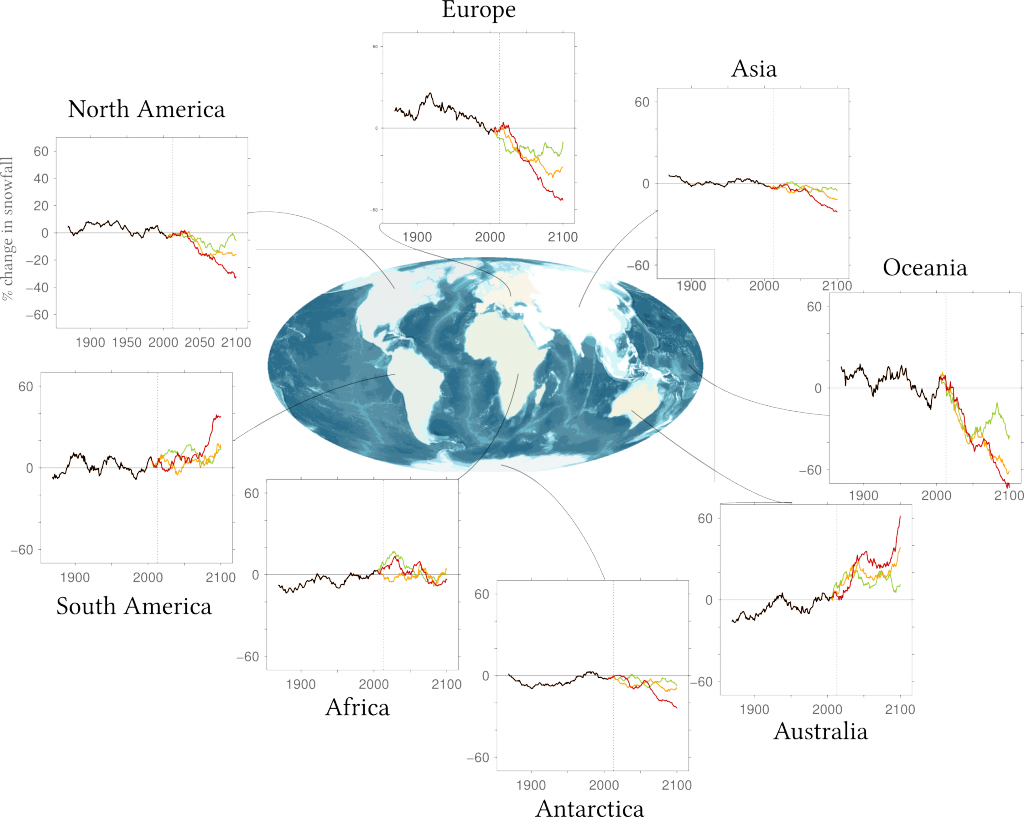 Editor at BugBitten
Torleif is a Post Doc at Centre for International Health, University of Bergen, Norway. His main interest is in the dynamics of malaria transmission, tying together information about weather, the human population, parasites and vectors.