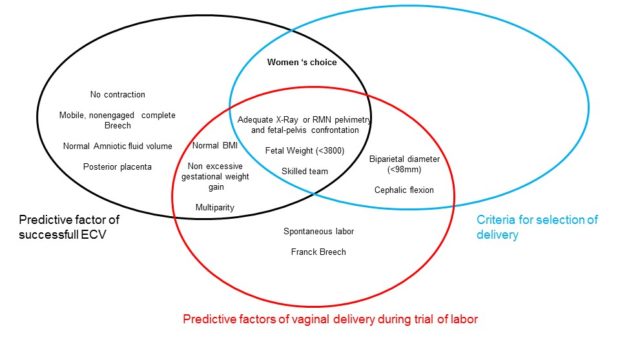 The complex puzzle of breech presentation

Recent publications have focused excessively on the mode of delivery.

To go beyond the sole question of the mode of delivery, an ontological approach was applied to understand the observation of perinatal morbidity. Indeed, unmeasured fetal and maternal factors can at least partly explain the breech delivery dilemma (planned cesarean section or trial of labor).

What are the unresolved questions?

Neither the weakness of a unique randomized trial, nor the imperfection of the older observational population based studies could clearly help explain the observed increase of perinatal morbidity with breech delivery.

Some authors argue that planned cesarean section may decrease perinatal morbidity. However, this argument does not take into account potential complications for subsequent pregnancies and the maternal choice to avoid a cesarean section, especially in favorable cases of breech vaginal delivery.

On the other hand, planned vaginal delivery could also be harmful and potentially unethical in unselected women.

Therefore we identify a need for an individualized approach to the management of term breech presentation.

Several recent population-based data studies reported that breech presentation was associated with prenatal factors that could also be related to maternal and/or perinatal morbidity and mortality. These include:

These findings are in line with the greater risk of term antepartum stillbirth in breech presentation as compared to cephalic presentation (2-2.5‰ versus 0.5-1.5‰)

While the use of pelvimetry remains a matter of debate, recent studies confirmed findings of an older randomized trial suggesting that adequate pelvic size measurement may improve the selection of delivery route.

Hence register studies support this view of a selection quality for candidate to vaginal breech delivery by the low conversion rate of vaginal to CS breech delivery.

How might we maximize patient benefit from a safe external cephalic version attempt?

Current guidelines recommended external cephalic version (ECV) to limit the increase in elective CS rate for cases of term breech presentation. The true impact of ECV may first be limited by the timely detection of breech presentation and contraindications. Such screening should allow timely ECV at 36 weeks’ gestation and a careful evaluation of potential underlying antenatal risks, considering obstetric history, estimated fetal weight/growth and potential gestational disorders before ECV.

Indeed, pregnancy with obstetrical factors (such as GDM) and fetal factors (such as footling breech or SGA), may particularly benefit from successful ECV at 36 weeks to avoid subsequent induction of labor with breech presentation.

Towards an individualized approach

The mode of delivery and breech presentation is only the tip of the iceberg (fig 2). It implies that planned cesarean section without understanding the underlying obstetrical condition cannot fully prevent increased perinatal morbidity associated with breech presentation. It also means that without strict selection, the higher perinatal morbidity after planned ECV and vaginal delivery suggested by some studies (as opposed to planned cesarean section) may become a .

At 36 weeks of pregnancy, one must thoroughly consider obstetric history and fetal weight estimates based on clinical and ultrasound examinations, despite the large confidence interval of all available algorithms for producing such estimates, we advise that pelvic examination should be performed. Although radiologic or magnetic resonance imaging (MRI) in pelvimetry is not universally recommended, its contribution provides very useful criteria to rule out pathological pelvic contraction for the preselection of planned modes of delivery and the counselling of women.

Secondly, timely ECV should be proposed in light of the eligibility and possible benefit.

The experience of the health care team/ availability of clinical skills is important.

Thirdly, regardless of the planned mode of delivery, adequate follow-up during the last weeks of pregnancy is needed and subject to decision-making based on the continuous evaluation of risk factors, medical history, possible underlying disorders and comorbidities. 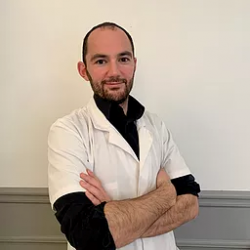 Jeremy Boujenah is a Obstetrician – Gynaecologist Ph.D in France. He graduated and completed his training in Obstetrics and Gynaecology in 2013 at the Paris XIII University. His research interests are obstetrics (normal/Abnormal pregnancies, labor delivery), endometriosis/subfertility and miscarriage