While puberty is not the easiest time of most people’s lives, the onset of early puberty is a notable public health issue which can lead to a higher risk of developing mental, emotional, and physical health conditions, such as depression, eating disorders, substance use, risky sexual activities, early sexual debut, and underage pregnancy.

A study by Aghaee et al. explored the impact of household intactness (defined as the child living with both parents until at least the age of 6, with this being checked during approximately a dozen healthcare visits between the ages of 0 and 6) on pubertal trajectories, focusing on filling the knowledge gap with regards to racial/ethnic minorities, as the majority of previous studies have been conducted using predominantly White cohorts. Their study included 26,044 girls born at a Kaiser Permanente Northern California medical facility between 2003 and 2010.

This study found that early life exposure to household non-intactness was associated with early pubertal timing in the girls included in this study, and that this association may vary between race/ethnicity, strongest among Black girls. While it goes without saying that the conditions of the family home cannot be modified by healthcare professionals, this knowledge can help facilitate conversations with the caregivers of young girls, who can work with providers to pinpoint areas of home life that can be improved through social and family services, hopefully avoiding the risk of early puberty.

In the US, immigrants who lack citizenship face significant barriers to accessing health care. From undocumented immigrants who are less likely to have medical insurance, to those with temporary status who are ineligible for federally-funded public insurance, and even lawful permanent residents (such as green card holders), immigrants face barriers compared to individuals with citizenship.

In recent years, state policy makers have increasingly enacted restrictive immigrant policies, referred to as criminalization policies based on their punitive treatment of noncitizens though surveillance and policing, linking immigration to the criminal justice system.

A study by Young et al. noted that these criminalization policies reinforced the marginalization of non-citizens, also producing health inequity between the states in the US. Advancing policies that de-criminalize or buffer immigrants from federal enforcement is critical to promote immigrants’ access to care and well-being.

Nothing to lose: a grounded theory study of patients’ and healthcare professionals’ perspectives of being involved in the consent process for oncology trials with non-curative intent

A crucial aspect of clinical research is the informed consent of participants, a process which is rendered even more complex when a trial involves patients nearing the end of life where the research promises them little clinical benefit.

A study by Murphy et al. aimed at gaining greater understanding of how these patients make decisions regarding clinical trial participation. They interviewed non-curative cancer patients in the UK who had previously been invited to participate in a clinical trial, as well as some of the healthcare professionals involved in their care, oncologists and clinical research nurses.

The transcriptome remains a vastly under explored space despite its significance as a foundation for biology. The current challenges in annotating eukaryotic transcriptomes are biological complexity, RNA preparation, limitations of sequencing technologies and sequence analysis. Accurate high-throughput long read transcript sequencing can provide additional evidence for rare transcripts and genes that were previously either undetectable or impossible to differentiate from sequencing noise.

TAMA, along with other commonly used tools, were used to analyse publicly available sequencing data (the Universal Human Reference RNA UHRR Sequel II Iso-Seq data), noted to have high read depth and long read accuracy. The use of parameter tuning and extensive output information of the TAMA software package allows for in depth exploration of eukaryotic transcriptomes. The authors found long read data based evidence for thousands of unannotated genes within the human genome. More development in sequencing library preparation and data processing are required for differentiating sequencing noise from real genes in long read RNA sequencing data.

McDonald et. al sought input from both patients and the public in their pre-trial decisions in order to try and successfully recruit male participants for a men-only weight management intervention. Various aspects of the recruitment process were discussed, from recruitment materials, to the study’s catchy name: “Game of Stones”, chosen by popular vote.

The authors of this study concluded that no single strategy appealed to all men, but their mixed methods approach highlighted factors which contributed to successful recruitment, among them the importance of language and adopting a sensitive approach to recruit the men. Recruitment strategy decisions should be evidence based and involve input from target group members, and further work is required to examine how these strategies could be implemented and sustained in practice. 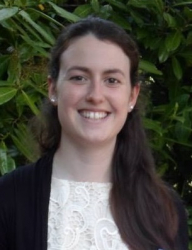 Anne holds a Master’s degree in Molecular Genetics from the University of Leicester, and has been working on the BMC Series since 2017, as an Editor since August 2019.