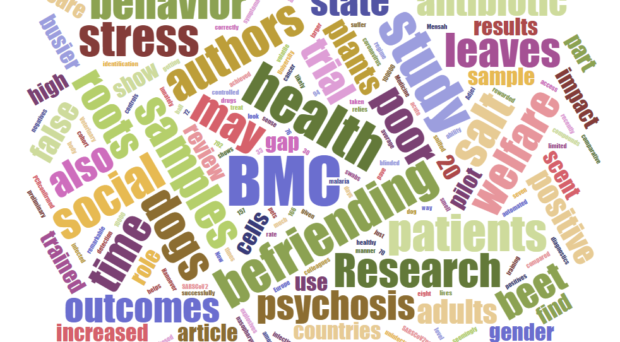 Dogs are much more than just pets. With an innately acute sense of smell up to 100,000 times greater than ours, dogs can be trained to detect not only drugs and explosives but also the scent of individuals with cancer, malaria and other diseases. Now, as this pilot randomized controlled trial in BMC Infectious Diseases shows, they can also be trained to detect those with coronavirus. 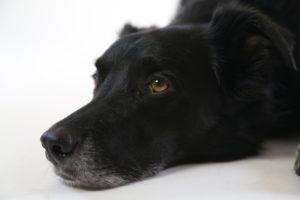 In their study, Prof. Holger Volk and colleagues at the University of Veterinary Medicine Hannover presented dogs with samples from PCR-confirmed SARS-CoV-2-positive or –negative nasopharyngeal swabs taken from symptomatic COVID-19 patients or healthy controls. Samples were presented in a randomized, automated and blinded manner and dogs were rewarded with a treat or ball when a positive sample was successfully sniffed out. After only seven days of training, the cohort of eight dogs achieved an average detection rate of 94%, with 157 correctly identified positive samples, 792 rejected negative samples and only 33 false positives and 30 false negatives.

This remarkable ability likely relies on the different patterns of volatile compounds given off by infected cells compared to uninfected cells in the body. This preliminary study helps to pave the way for larger trials on the use of dogs to detect SARS-CoV-2 infection, which may be particularly useful in countries with limited access to lab-based diagnostics. 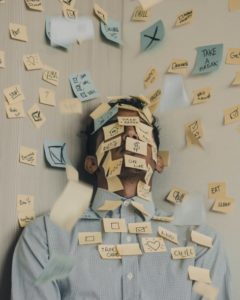 With our lives seemingly getting busier and busier, our health can suffer. In their recently published study in BMC Public Health, Mensah and Adjei look at how gender and the level of welfare provision by the state impact the association between work-life balance and self-reported health. The results of the study indicate that the impact of a poor work-life balance on health is generally more pronounced in women, apart from in Conservative states (such as Germany and Switzerland) where the effect is greater in men. States with welfare regimes that are considered Conservative or Liberal (i.e. the UK and Ireland) show the strongest association between work-life conflict and poor health, which the authors suggest may be a result of differences in employment regulation, weaker trade unions and less generous provision of state welfare than other countries such as the Nordic states. The findings of this study show that governments and policymakers must carefully consider how working practices and state welfare policies differentially affect women and men’s health. To find out more, read our blog on the research here or go straight to the article.

The world is more connected than ever thanks to social media, but what role might it play in medical and surgical research? New research published in BMC Medical Research Methodology asks whether Twitter is effective as a tool to aid recruitment to surgical trials. 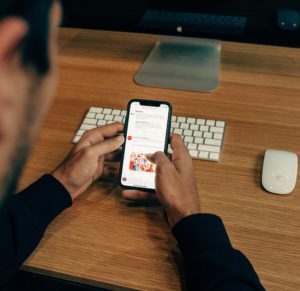 Investigators for the Emergency Laparotomy and Frailty (ELF) Study set up a Twitter handle (@ELFStudy) to promote site registration in preparation for the trial and to promote patient recruitment once the trial commenced. The authors tracked engagement with their tweets over time and found that an increased number of tweets over time correlated with increased patient recruitment, with each individual tweet associated with an additional 1.66 patients recruited. The authors propose that their eye-catching branding (in this case Christmas themed thanks to the study’s acronym!) enabled them to engage with their target audience and ‘market’ the trial, allowing them to reach their intended recruitment target in half the time predicted.

The most promising interventions involved persuasion, enablement, feedback on behavior and restructuring of the social environment

Antibiotic resistance is emerging as a major public health problem and is particularly worrying in long-term care facilities for older adults, where residents are vulnerable to serious infections and poor outcomes. In BMC Geriatrics, Clayton et al. systematically review antimicrobial stewardship interventions, which aim to reduce overuse of antibiotics, and assess the types of behavior change techniques associated with positive outcomes. Of over 10,000 records initially screened, the authors assess 72 articles for eligibility with only 20 of those suitable for in-depth analysis. In the majority of those 20 studies, the behavior targeted was antibiotic prescribing by healthcare professionals. The most promising interventions involved persuasion, enablement, feedback on behavior and restructuring of the social environment, for example assigning a staff member as an antimicrobial stewardship champion. The least promising interventions, on the other hand, used problem solving techniques or provided feedback on outcomes of behavior, such as local antimicrobial resistance patterns. The results of this secondary analysis may help to guide the design or refinement of interventions to tackle antibiotic resistance in this community setting.

High salt levels can cause osmotic, nutritional and metabolic stress in plants, leading to poor crop yield and poor crop quality. Some plants, such as sugar beet – an important source of sucrose – have evolved tolerance mechanisms to cope with salt stress. In this article in BMC Plant Biology, Li et al. use quantitative proteomics to study salt stress coping mechanisms in different parts of the sugar beet plant.

Both leaves and roots were sampled from plants grown in high salt vs. control conditions, with global changes in protein levels profiled in these samples by mass spectrometry. Using this approach, 70 and 76 differentially abundant proteins were identified in leaves and roots respectively, only three of which were found in both sample types.

Oxidation-reduction was found to be the most enriched biological process in the salt-regulated proteome in both leaves and roots, highlighting a potential role for redox homeostasis in stress tolerance. However, the precise molecular and metabolic pathways up- and down-regulated by salt stress were largely different between leaves and roots, suggesting that the two plant organs exploit different coping mechanisms. An understanding of these mechanisms may prove useful in future efforts to promote stress tolerance in commercially important crops like sugar beet.

BMC Psychiatry – Patient and befriender experiences of participating in a befriending programme for adults with psychosis: a qualitative study

Befriending, whereby volunteers provide support and companionship for individuals living with mental or physical illnesses, can help to reduce symptoms, reduce social isolation and improve quality of life. Befriending programmes may be particularly beneficial for individuals with psychosis, who commonly experience social isolation. However, such programmes can be difficult to implement and outcomes can be mixed. This qualitative study, published in BMC Psychiatry, looks at the experiences of both befrienders and patients who took part in a befriending programme for individuals with psychosis.

The authors highlight several key themes in their data from interviews with participants. Both volunteers and patients reported that befriending allowed them to develop a genuine relationship over time and provided an opportunity to ‘bridge the gap’ between those living with mental illness and wider society, challenging befrienders’ false preconceptions about psychosis. However, some volunteers also reported that the commitment was greater than anticipated and both befrienders and patients said that a flexible approach was required to meet the individual needs of those taking part. Studies such as this one help to recognize and maximize the benefits of befriending whilst also acknowledging its challenges. 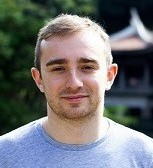 Ben studied for his BSc in Biomedical Sciences, MRes in Translational Medicine and PhD in Cancer Sciences at the University of Manchester, UK. His doctoral research was focused on the role of osteoblasts in prostate cancer bone metastasis. Ben joined the BMC Series as a Manuscript Editor in April 2020.