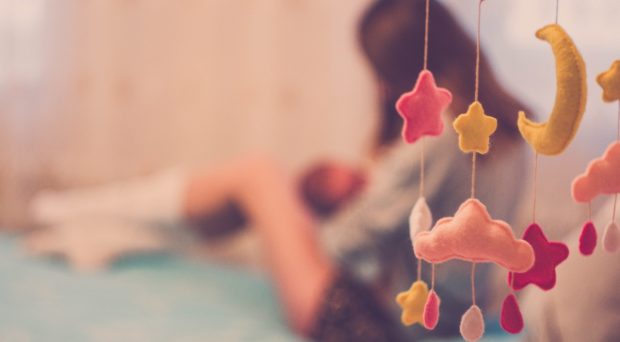 Perinatal anxiety, which refers to the experience of distressing anxiety symptoms during pregnancy and up to a year after childbirth, is fairly common. In fact, research suggests under ‘normal circumstances’ around 1 in 5 women may experience significant levels of anxiety in the perinatal period. However, it seems likely that this proportion may be even higher as a result of the current COVID-19 pandemic, and preliminary evidence we are collecting appears to support this idea.

Despite the prevalence of perinatal anxiety, fewer than 50% of women experiencing symptoms will seek help or receive treatment (see the NCT’s #hiddenhalf campaign for more details). This is problematic, as research suggests that untreated perinatal anxiety may be associated with a number of long- and short-term consequences for both mother and baby, including premature birth, excessive infant crying, bonding issues, and developmental and mental health problems in children. So it is important that we better understand, recognize, and support women who may be suffering from perinatal anxiety symptoms.

To shed some light on this, we recently held focus groups to explore women’s experience of anxiety in the perinatal period and gain insight into their opinions of online support. While our study, published in BMC Pregnancy and Childbirth, was carried out before the pandemic began, some of the findings may be particularly relevant at a time when we are social distancing to prevent the spread of COVID-19.

The study identified a number of specific sources of anxiety for women in the perinatal period. These included:

In lockdown, turning to the internet for information and online peer support may be particularly helpful.

(1) A mismatch between mothers’ reality and their expectations of childbirth and motherhood. Both social media and traditional media contain romanticized depictions of what pregnancy and having a baby should be like, which can set unrealistic expectations about motherhood and can lead women to feel anxious and like they have failed when their experiences don’t quite match up.

“I just struggle with parenthood being completely honest. It’s like one of these things where there’s so much social media these days saying how you should be this and that. And for me that’s actually, like the biggest thing that really blocks me from thinking actually it’s OK, like this is normal.”

(2) Uncertainty and maternal confidence. Related to point 1, many women described struggling with the adjustment to motherhood. In line with a plethora of research that shows a significant link between anxiety symptoms and feelings of uncertainty, women in this study found the unknowns of pregnancy and motherhood to be particularly anxiety-provoking. They felt generally underprepared which often translated into a lack of maternal confidence and feeling like they weren’t doing it ‘right.’ This uncertainty stemmed from a general lack of experience with and knowledge about key aspects of motherhood, from giving birth to changing nappies and feeding.

“That’s actually why people then struggle. I suppose we all go through our lives being good at a lot of things. You’ve established a career, you’ve established yourself, you’ve got qualifications. And then suddenly… this baby arrives and you’re not good at anything.”

(3) A lack of support. Most women a spoke about motherhood being isolating at times, which was a large source of distress. Those who were far away from friends and family felt this was a particular source of anxiety. This may be of particular concern under lockdown, especially as most women in our study highlighted that their peers were the single most important source of support in the perinatal period.

(4) Mental health literacy. A lack of recognition and knowledge about perinatal anxiety itself also contributed to anxiety symptoms, as women often didn’t know what was wrong with them. While many were able to find information about postnatal depression, few identified information about the anxious symptoms they were experiencing, which led them to feel distressed, confused, and increasingly anxious. This lack of knowledge and uncertainly about their situation acted as both a barrier to seeking support and as a trigger for spiraling anxiety. 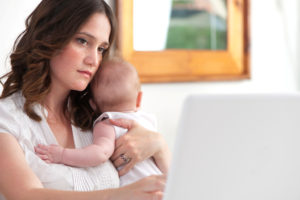 One of the key aims of the study was to explore women’s opinions of existing and potential online strategies for supporting perinatal anxiety.

Overwhelmingly, women in the study thought the Internet could be a valuable source of support for women experiencing perinatal anxiety. Specifically, they felt that being able to access unbiased evidence-based information about parenthood and anxiety itself could alleviate some of the uncertainty that underlay their anxiety symptoms. However, they were generally unable to find information on perinatal anxiety specifically. To address this, we have now developed an open-access website that provides evidence-based information explicitly about perinatal anxiety. Visit Open P.A.W.S. for access to more information, screening tools, self-help guides, and exercises.

Furthermore, women were able to use the internet to access peer support, which also had the power to breakdown idealized notions of motherhood. While our research suggests using large forums (such as Mumsnet/Netmums) may be more anxiety-provoking than relieving, many mums found smaller targeted groups really helpful. These offered an opportunity to form virtual relationships with mothers in the same position as themselves, and hear more realistic stories of parenthood which could normalize their own experiences.

“So we just post whatever’s going on. So if you’re having a really naff day you’ll say Jesus Christ, the kids have done this, this and this. And someone goes oh tell me about it. And it’s just somebody, like, who’s feeling the same thing as you, so it’s not completely like… all the social media where it’s this perfect mum… it’s well I’m here with cereal stuck in my hair and it’s two o’clock in the afternoon. So at least with that it was other normal mums that were just like yeah, I’m doing the same thing as you. So you didn’t feel so alone.”

In lockdown, when feelings of isolation are likely to further exacerbate anxiety symptoms, turning to the internet for information and online peer support may be particularly helpful. Finding reliable, realistic sources of information about perinatal anxiety (such as OpenPAWS) and targeted peer support (such as The Perinatal Mental Health International Online Peer Support Group) is likely to be particularly beneficial in alleviating symptoms of anxiety during this time. 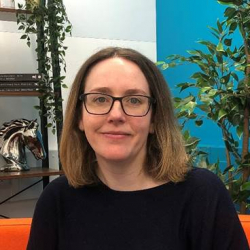 Dr Virginia Harrison is a Senior Lecturer in Psychology at The Open University, UK. Her current research primarily focuses mental health and wellbeing, and eHealth; and she is particularly interested in cohorts who experience elevated levels of stress due to the context they are in, in particular women in the perinatal period, and those occupationally exposed to stressful situations. As part of this work, she recently set up a website to provide evidence-based information and support for women experiencing perinatal anxiety:OpenPAWS.co.uk