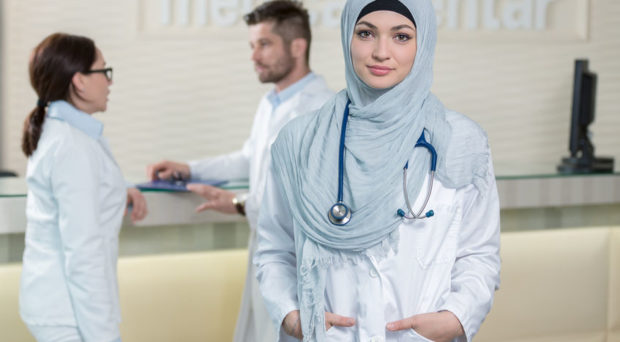 Tens of thousands of Syrian war refugees are currently being trapped between Turkey and Greece or interned in deplorable and dramatic conditions on Greek islands [1]. This drama painfully reminds us that the conflict in Syria continues to be the biggest driver of migration. Since 2015, hundreds of thousands of Syrian migrants have crossed into Europe. Syrians are now the third-largest group of people with a foreign nationality in Germany, and among Syrian immigrants, there are comparatively many well-educated and trained health care professionals, e.g. some 3,000-4,000 medical doctors [2]. Not all of them have fled their country as refugees; many have been granted visas, as Germany is principally welcoming Syrian doctors.

The reason is simple: In Germany, a relative shortage of physicians has developed over the recent years. A change in working time regulations and a growing demand for part-time jobs, has increased the need for additional doctors. Like many other developed countries, Germany relies on international medical graduates or doctors to supplement its locally trained staff so as to maintain their health care system. Further, as the number of Syrian migrants increases, so does the number of Syrian patients being treated in hospitals and doctors’ offices, resulting in a novel need for Arabic-speaking medical staff. Therefore, Syrian doctors are able to fulfill a double function.

Given this background, it may seem paramount to make the licensure process for Syrian immigrant doctors as straightforward and as swift as possible, actively supporting and advising applicants through the relevant processes. But in fact, the act of obtaining a permanent license to be allowed to practice medicine in Germany is onerous, lengthy, and can bring about many negative experiences. These can include feelings of humiliation, lack of transparency, arbitrariness, and helplessness. This is what many of the 20 Syrian doctors told us in an interview study we performed from 2016-2017.

Syrian doctors in Germany and their stories: the basis of our study

The idea for this study arose when a recently immigrated Syrian dentist, began working with us while waiting for his German dental license to be approved.

He told our team about his experiences with a “bureaucratic”, slow and confusing application procedure to secure his license. We were intrigued by his experiences and wanted to seek out other Syrian health care professionals’ experiences of the system. A qualitative study was designed and we received an overwhelming response to our call for interviewees on a Facebook page for Syrian Doctors in Germany. Within a few days, twenty Syrian health professionals were prepared to share their stories through face-to-face interviews.

Being lost in an opaque and arbitrary bureaucratic process: that’s what it feels like being a Syrian doctor applying for a medical license in Germany

Syrian doctors are highly motivated to apply their skills and expertise in clinical patient care. However, they are confronted with a time-consuming, ever-changing and non-transparent application procedure lasting months, even years.

We found that upon arrival in Germany, Syrian doctors are highly motivated to apply their skills and expertise in clinical patient care. However, they are confronted with a time-consuming, ever-changing and non-transparent application procedure lasting months, even years.

One physician explained: “When I started applying for the temporary license … some rules changed and the authorities were now requiring a C1 course in medical German to obtain the temporary license! After I started the C1 language course, they required the exam for medical terms. When we completed one step, they asked for another step…nothing is stable here.”

Interviewees describe a Kafkaesque system where they feel at the mercy of Government employees and reviewers who ask for absurd and impossible accomplishments, refuse to give information and act at random. This is shown in the quote of another interview partner: “There are no clear steps. You can have two [Syrian] doctors who studied at the same university, finished their studies in the same year, – and then one of them can obtain the approbation without any exam, and the other one will need to take another exam. At the end of the day, only one person makes the decision about you. …And of course, we cannot meet this person or talk with them. We don’t even know their name.”

Consequently, the interviewees reported feeling depressed, irritated or even in despair. As informational and practical support from official institutions was scarce, the Syrian doctors relied on personal networks and peers to understand the requirements and find a job.

To obtain a balanced view of the licensure process and the interactions involved, future research should explore the perspective of the administrative staff in the German Chamber of Physicians or job centers as well. Naturally, these regulative bodies were not prepared for the large number of migrant doctors applying for a license and were surprised by the abrupt rise in the number of licensure procedures. Journalists have reported that ratifying Syrian diplomas may be difficult because in some cases, fraudulent documents have been provided [3,4]. For the medical profession, in particular, credentials and certificates should be checked thoroughly and carefully. Nevertheless, Germany may learn from other countries such as Canada, Australia, or New Zealand, which have harmonized and simplified assessment procedures for overseas-trained doctors, and implemented specific resources guiding and supporting foreign health professionals in different stages of their application process [5,6].

Welcoming Syrian doctors in Germany is more important than ever – especially as the current COVID-19 pandemic has highlighted the dire need for skilled medical staff in hospitals. While German authorities claim to be making an effort to find as many helping hands as possible to cope with the impending shortage of health care professionals, there are no signs that the accreditation process of foreign doctors – Syrian doctors among them – may be accelerated, or handled in a more pragmatic way [7].

[7] Knight B. Despite coronavirus, foreign doctors struggle to get degrees recognized in Germany. Deutsche Welle March 31 2020. Downloaded from https://www.dw.com/en/despite-coronavirus-foreign-doctors-struggle-to-get-degrees-recognized-in-germany/a-52966674 on April 15th, 2020 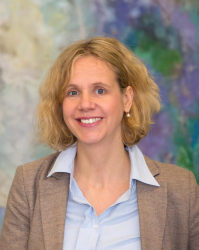