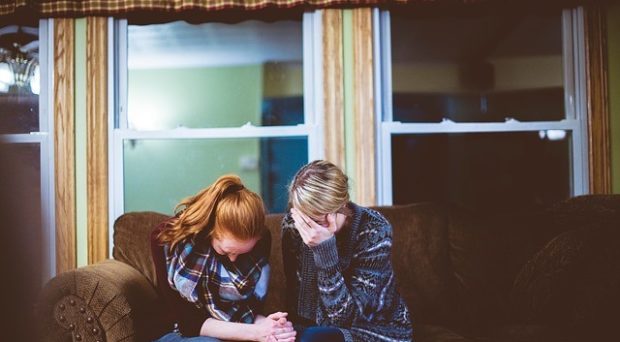 You are a junior reporter on a busy local newspaper. Your editor has asked you to cover the suicide of a young man who lived in the town with his parents. You have been to their house but they would only speak to you through the door. It was clear they were not keen to be interviewed. Your editor is putting pressure on you to meet the copy deadline with something that will engage readers. What do you do?

Our research study published today in BMC Public Health describes the perspectives of bereaved relatives like those portrayed in this vignette, and provides examples of conflicts between their need for privacy and journalists’ need to do their job. Among the 140 suicide-bereaved relatives or friends who responded to our online survey, many described perceptions of journalists’ intrusive behavior, a failure to consult them appropriately, and inaccuracy in reporting. However, some individuals described the press coverage as an opportunity to raise awareness and prevent further suicides. 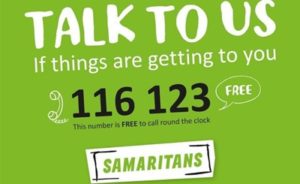 Samaritans has published media guidelines on how to safely report on suicide and additional guidance on working with bereaved families, to protect bereaved relatives from unnecessary distress, as well as protecting the public from the potential harms of irresponsible reporting. This is important because research shows that people bereaved by suicide are at greater risk of suicide themselves, and insensitive reporting can increase their distress. It is also important because irresponsible reporting is implicated in inducing further suicides. Supporting the media to report on suicide responsibly is a key feature of public health policy on suicide prevention.

Public health researchers recognize that journalists find themselves in a difficult position when expected to report on someone’s suicide, whether the deceased was in the public eye or otherwise. On reading our research findings Lorna Fraser, Samaritans’ Media Advice Service lead, commented:

“Reporting suicides can be one of the most challenging issues journalists face, where they must balance reporting a topic which is in the public interest, with avoiding any intrusion into the grief and shock of the bereaved loved ones left behind. It’s vitally important that journalists are aware of media guidelines and follow this best practice advice, due to the many sensitivities and risks surrounding this topic. We regularly hear from bereaved families with concerns about approaches from journalists and a lack of sensitivity with how their loved one’s death was reported. We ask journalists to bear in mind these are people who may be in shock and struggling to come to terms with their devastating loss. They may not even be aware that their relative’s death will be reported in the press. Many will consider this a personal issue and value the space to grieve in private. In addition to our media guidelines, Samaritans provides an advice service to media. Journalists can email us at: mediaadvice@samaritans.org.”

Sarah Bates, Executive Lead of the Support after Suicide Partnership added “Suicide is absolutely devastating, and insensitive reporting of suicide can have a hugely damaging impact on both people directly affected by the death being reported, as well as anyone who has had a similar experience in the past, sometimes going back many years. At the same time, the press face real challenges when reporting on suicide in the public interest. There is such a need for responsible, informed, and sensitive reporting, consistent with Samaritans media guidelines. Reporting must put the grieving family, friends, colleagues and professionals at the heart of every journalists’ approach. As Lorna mentions, journalists are often involved very soon after a death is reported, often before support services are able to establish a relationship with a grieving family. Therefore, the journalist may suggest that the family nominate a ‘spokesperson’ who can act as a bridge between the press and those most impacted – and have honest, open, and sensitive communication.  We feel that some of the vital aspects to responsible reporting include not giving too much detail when mentioning method or location, avoiding unnecessary use of images and always making sure that readers are directed towards the support that is available.”

Emma Bird, a journalist and blogger who has experienced suicide bereavement herself, commented:  “I welcome this research. Having lost my brother to suicide, I am now an unquestionably better journalist than I was before he died. I have the qualities that good journalists are supposed to have: I’m a good listener, I’m empathetic and people confide in me. But even so, if I had known back then what I know now, I wouldn’t have made such a hash up of door knocks and inquests. I have no qualms about suicides being reported but this must be done in a way that is sensitive to the bereaved and with an awareness for what they are going through.”

A key message of our research is that if the right approach is taken, journalists can potentially collaborate with bereaved relatives to write a story that both respects the bounds of their privacy and avoids misrepresenting the deceased. Additionally, by providing information on how to contact appropriate local and national sources of support, a news article can encourage people experiencing emotional problems or suicidal thoughts to seek help. In this way, journalism can be used to positive ends, reducing the potential for distress to relatives and enhancing communication of suicide prevention messages. 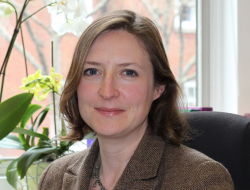 Dr Alexandra Pitman is an Associate Professor in the UCL Division of Psychiatry and an Honorary Consultant Psychiatrist at Camden and Islington NHS Foundation Trust. Her research and clinical interests are in the epidemiology of suicide and self-harm, the effects of media reporting of suicide,
the relationship between loneliness and suicidality, and in psychosocial interventions for people with suicidal thoughts. She completed her PhD in 2014 at UCL on the impact of suicide bereavement, and is currently funded by the American Foundation for Suicide Prevention to continue researching this topic. She is a Patron of the Support After Suicide Partnership, and tweets in a personal capacity as @DrAPitman