Benefits and harms of diagnosis

For people with painful or disruptive symptoms, a medical diagnosis can have emotional and tangible benefits such as peace of mind from having a ‘known cause’ of the symptoms, social support, access to funded services, and knowledge of treatment options. But diagnostic labels can also have harms, such as levels of distress, a change in perceived control over one’s own health, and reductions to health service access. All diagnostic labels have different benefits and harms for different groups, but the harms are particularly an issue for people with no symptoms – they may experience the harms with no benefit. This can happen when we screen for diseases before symptoms are felt, such screening for vitamin D deficiency or the current thought to screen all adolescents for depression.

Where expert panels draw the arbitrary line between ‘disease’ and ‘no disease’, or diagnosis and no diagnosis, requires careful balancing of these harms and benefits. An example of a change to the threshold for diagnosis, which has caused a global difference in how women experience their pregnancy, is in Gestational Diabetes Mellitus (GDM). GDM is a diagnosis some otherwise healthy pregnant women receive when they are found to have elevated blood sugar (glucose). In 2010, the International Association of the Diabetes and Pregnancy Study Groups (IADPSG) changed their diagnostic threshold and testing procedure for GDM, which over the past decade has been accepted at different times by some countries and not at all by others. This change now includes as GDM more cases that had previously been considered borderline or not GDM. Although this expert panel selected this new diagnostic threshold with the best of intentions about possible benefits, they did not consider the harms of a GDM diagnosis.

What do women tell us about the impacts of GDM on their lives?

There are numerous interview studies that examined the psychosocial impact on women of a diagnosis of GDM. In our new systematic review of these important studies, published in BMC Pregnancy and Childbirth, we present the first synthesis of the psychosocial benefits and harms of a GDM diagnosis. 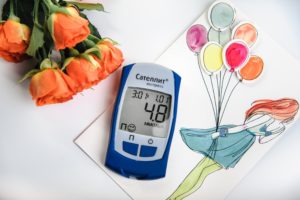 We synthesized the results of 41 qualitative studies and found eight overarching themes: psychological impact, communication, knowledge, risk perception, management, burden, social support, and control. For example, when initially diagnosed, GDM was viewed both positively and negatively. Some women considered it a life-altering experience and a chance to positively intervene to reduce potential adverse outcomes for themselves and their babies:

‘GDM was a hidden blessing for me … GDM can go away after you have the baby but diabetes is not so easily fixable … I am much more aware of [the] need to prevent it.’

‘I was very surprised and very upset to be diagnosed. I felt a little bit of a failure.’

‘Because it is really ugly to have, in fact I wanted to have another baby and since I got this I do not want to anymore.’

Some women also talked about the burden of having a diagnosis of GDM and that communication about the condition was lacking:

‘The whole pressure with the whole everything, it really did affect me and I think it’s probably one of the worst times I’ve had in my life actually.’

The evidence used by IADPSG to determine the new threshold between a diagnosis of GDM and no diagnosis was based on a positive (and continuous) association between blood glucose levels and physical harms to babies such as the risk of the baby being big for gestational age, excess infant fat, and maternal insulin levels. These potential consequences focused on physical harms to mother and baby but there was no evidence of physical benefits to mothers or babies if the threshold changed and none for psychosocial harms and benefits for the mother. Understanding the full range of harms and benefits of a diagnosis of GDM is critical before any changes to definitions should be made.

…consequences of a diagnosis of GDM go beyond the potential physical risks to mothers and babies.

The results are clear that consequences of a diagnosis of GDM go beyond the potential physical risks to mothers and babies. Research evidence is also accumulating that the change in GDM definition has increased the number of women diagnosed with GDM but may not be having a significant impact on decreasing the physical consequences. In addition to the clinical outcomes already considered, more attention should be paid to the consequences of GDM that women themselves consider important. 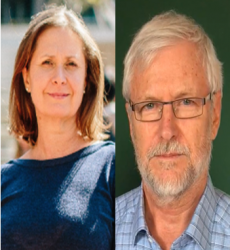 Rae Thomas is an Associate Professor within the Institute of Evidence-Based Healthcare at Bond University. Previously, she spent over 25 years as a psychologist working with adults and children. Her research interests are embedding public voices in health guidelines and policy and translating research evidence to practice and policy.