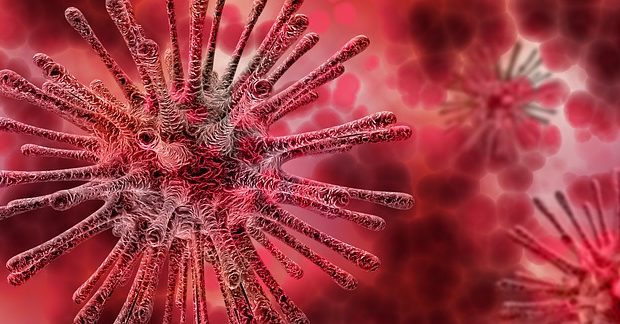 As of the 3rd February 2020 17,489 cases have been confirmed in China and 24 other countries, of which, 362 patients have died. This has sparked an overwhelming response by the Chinese government placing more than 60 million people under orders of restricted movement, mandated wearing of masks in public (at the threat of arrest), and increase of their healthcare capacity by, for example, construction of a 1200-bed hospital in just 10 days. The epidemic rages on with an average of 2000 new cases reported daily.

Globally, on the 30th January 2020 the World Health Organization (WHO) of the United Nations declared the epidemic a public health emergency of international concern. This defines the outbreak an “extraordinary event which is determined to constitute a public health risk to other States through the international spread of disease and to potentially require a coordinated international response”. Several countries and airlines immediately suspended travel from affected areas, closed some borders with China, and initiated comprehensive preventative screening at airports.

Early on, the Chinese authorities revealed that the outbreak was caused by a novel beta-coronavirus, named 2019-nCoV. This was soon found to be significantly genetically related to SARS-CoV and other bat coronaviruses. The initial cases were associated with a seafood market in Wuhan where live animals were sold. This suggested a possible animal reservoir for this virus and suggested zoonotic (animal to human) transmission. Later on, environmental samples obtained from this market were found to be positive for 2019-nCoV, strengthening the hypothesis that this is a zoonotic virus. However, whilst the virus was found to have originally started among infected animals, most of the subsequently reported cases were shown to be caused by human-to-human transmission.

Beta-coronaviruses have caused major epidemics in the last 2 decades. In 2003, SARS-CoV was discovered in China before being spread globally, infecting 8,098 people and killing 774. This was later found to be zoonotic in origin and thought to have started amongst a bat reservoir before later infecting wild civet cats and raccoon dogs that were being sold at live wild animal markets destined for human consumption. In 2012, MERS-CoV was discovered in Saudi Arabia before also spreading globally resulting in 2506 confirmed cases and killing 862 people worldwide. Again, this started as a zoonotic virus, shown to move from camels to humans and again thought to have initially emerged from bats. 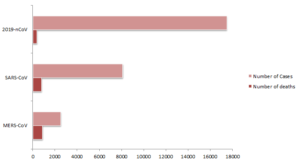 Responding to such epidemics requires not only an immense public health and medical response, but also an immense research response. Important scientific questions need to be answered swiftly in order to inform policy makers on where to direct their response capacities and what to expect. Epidemiologically, the transmission rate of the virus needs to be calculated in order to model the number of cases to be expected. The modes of transmission need to be described so that proper prevention actions are taken. The cases need to be characterized so that the most severe and most likely to die patients are taken care of first. Laboratory researchers would need a copy of the virus in order to study its transmission and pathogenicity and work towards finding a vaccine or a cure. Importantly, the animal reservoir through which humans become infected must be identified in order to break the initial transmission cycle. 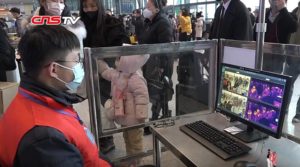 When MERS was discovered, a group of witty scientists led by Dutch investigators were able to associate the new virus with camels by showing that archived camel sera had antibodies against this new virus. This group deserved to earn the scientific scoop but did the right thing by alerting other coronavirus researchers about their findings even before their paper was published. Taking this hint, my group started sampling camels and verified that camels indeed have antibodies against MERS-CoV in collaboration with researchers from Hong Kong University. Later on, we were able to isolate MERS-CoV from camels. Determining the animal reservoir allowed the identification of people exposed to camels as an at-risk population and allowed targeted public health prevention campaigns. The animal reservoir for 2019-nCoV is yet to be determined. I hope that researchers are giving this top priority and I hope that they would follow suit of the Dutch scientists by alerting other research groups of potential animal reservoirs at the first available opportunity. It is plausible that the animal reservoir is not only restricted to China and animals in other places may harbor the same virus. Finding the animal reservoir as quickly as possible will improve our chances of breaking the transmission chain.

I call on research funding agencies to give priority to coronavirus research by providing long-term, large-scale funding for emerging coronaviruses that have thus far caused three major epidemics within the last sixteen years alone. A large portion of this funding should be dedicated towards conducting surveillance for coronaviruses in their natural hosts, allowing researchers to understand the ecology of those viruses. In addition, conducting risk-assessment studies to understand which viruses may pose the greatest risk to human health, inevitably aiding the design of future prevention strategies.

I also call on researchers and responders to adapt the “One Health” concept in their efforts. Over and over again, emerging zoonotic viruses such as coronaviruses, animal influenza viruses, Ebola, and others prove to be of important global public health concern, highlighting the fact that the health of people, animals, and ecosystems are inherently intertwined. 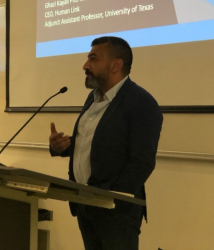 Dr Kayali is the CEO of Human Link, a Lebanese NGO that he helped establish in 2014. His research focuses on emerging viruses at the human-animal interface with emphasis on influenza and coronaviruses. He runs surveillance projects in several countries in the Middle East and Africa collecting samples from animal and exposed human populations. He is also a regional consultant for preparedness and response, zoonoses, pandemic influenza, and International Health Regulations.