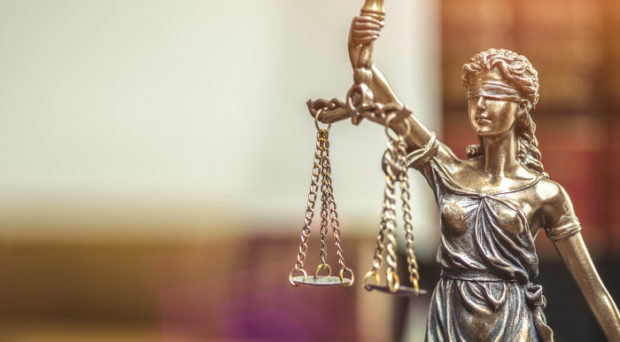 Research published in BMC Medical Ethics explores a recent ruling from the highest court in England. The ruling confirms that particular decisions about the removal of life-sustaining treatment can be made by clinicians and families, rather than by the courts, as had been thought. There is much to welcome here, says Professor Richard Huxtable, but also some potential pitfalls to avoid in the future.

Patients with “prolonged disorders of consciousness” have regular sleep-wake cycles but either absent or reduced consciousness. Those individuals who lack consciousness are (controversially) referred to as being in the “vegetative state”; those with reduced consciousness are described as being in the “minimally conscious state”. Until a 2018 ruling from the Supreme Court in England, it was believed that only a court – not clinicians and not families – could decide whether life-sustaining treatment, in the form of clinically-assisted nutrition and hydration, could be removed from these patients.

The Supreme Court’s ruling in the case of Re Y has confirmed that difficult or contested cases can still come to court. However, the ruling says that there is no requirement to bring more straightforward cases before a court – for example, if all those involved agree that this treatment should be withdrawn, then this may happen without consulting a judge.

This looks like a welcome decision. Whether to remove life-sustaining treatment from any patient is inevitably a significant question. But it seemed odd to require a judge to make decisions for these particular patients, who were receiving this particular treatment (clinically-assisted nutrition and hydration).

Before this ruling, loved ones and healthcare professionals would sometimes be in agreement about the treatment options for the patient, but still the case had to come to court, for a judge to declare whether or not clinically-assisted nutrition and hydration was in the patient’s best interests. Meanwhile, many other cases involving incapacitated patients – such as those with advanced dementia – or involving other potentially life-sustaining treatments – such as ventilation – could be made without necessarily involving a judge. Removing this routine requirement to come to court therefore appears to be sensible and also brings English and Welsh law in line with law elsewhere in the world.

The risk of dying too soon arises in part from the logic that the courts had long deployed when making decisions about patients in the vegetative state. The key test (then and now) is whether treatment is in the “best interests” of the patient. Yet, some judges signaled that these particular patients had no interests. Some of those judges even indicated that, once the patient was diagnosed as being in the vegetative state, there was no legal basis for continuing to treat the patient.

Of course, that logic was previously only applied in (and by) courts to the particular individuals in question. Will or must that logic now move out of the courtroom and into the clinic or care home? If so, there appears to be a risk that treatment will cease once the diagnosis is settled – perhaps even regardless of what the family or the patient themselves might have wanted.

This is a worrying possibility, but the bigger worry seems to lie in the opposite direction. Empirical research, especially that undertaken by the Coma and Disorders of Consciousness Research Centre, indicates that patients might end up living too long, again regardless of what they or their loved ones might wish. The data gathered by these researchers suggest that families, clinicians and the health system at large combine to promote “treatment-by-default”. The system appears to be fragmented and neither families nor clinicians appear to be well-informed about the legal principles and processes involved in making treatment and non-treatment decisions for incapacitated adults.

Fortunately, there are recent, positive developments, which should help to ensure everyone is informed about the legal situation and that blanket assumptions are not made about what is best for an individual patient. Guidance from the British Medical Association emphasizes that the decision must indeed be about what treatment is in the “best interests” of this particular patient. The guidance, which is lengthy, helpfully includes summaries for families, which should help to ensure their participation in this type of decision-making.

Ethically, this seems to be the right way forward: decisions should be made for, about and ideally with the individual patient. Yet, there are still major ethical questions to be answered. The “best interests” test operates not only in England, but in many other legal systems. Despite its familiarity, the test means different things to different people, and therefore can result in different decisions being made, even in seemingly similar situations. Our team in Bristol is undertaking a major research project, kindly funded by the Wellcome Trust, which aims to explore how “best interests” decisions are and should be made and, indeed, whether this is even the right approach to making healthcare decisions with and for individuals who lack the capacity to decide for themselves.

Exploring whether “best interests” is best is timely. The same test essentially applies to children and similar questions have recently arisen in relation to critically ill infants, following widely-publicised legal cases like that of Charlie Gard. We hope, then, to be able to help clinicians and families in the future. For now, the ruling in Re Y looks positive, but ongoing discussion and research will be needed to ensure that any decision made is the right decision for the individual patient. 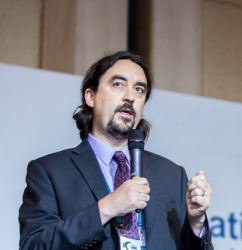 Richard Huxtable is Professor of Medical Ethics and Law, Medical School, University of Bristol, where he directs the Centre for Ethics in Medicine. He serves on various ethics committees, but the views expressed are his. He tweets at @ProfRHuxtable and @BABEL_Bristol