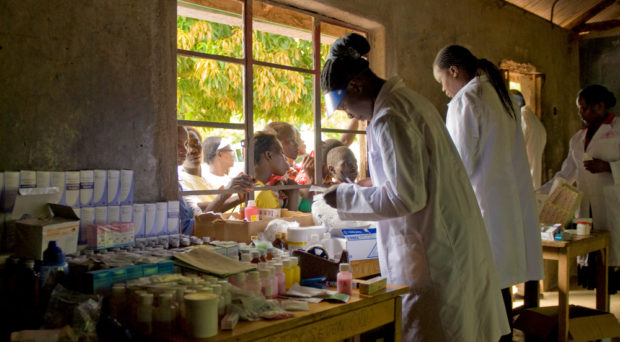 I remember 1994: South Africa became a democracy and the entire nation, regardless of race, color, religion, or creed went to the polls. At this time, pediatric HIV infection was an emerging and growing public health problem. At a meeting held in Ghent, Belgium, in 1992, principal investigators of 14 studies reported that vertical HIV transmission (MTCT) ranged from 13 – 32% in developed countries and from 26 – 48% in resource limited settings. By 1995 although intrauterine MTCT had been described as early as 12 weeks gestation, most data demonstrated that the majority of intrauterine MTCT occurred during the last two months of pregnancy. Initial data quantified the risk of postnatal MTCT as being highest in the first few months post-delivery and reducing thereafter. Soon these results were superseded by a meta-analysis which reported, for the first time, a constant risk of postnatal MTCT during breastfeeding.

By the year 2000, experts in the field of MTCT reached a consensus agreement on the absolute and relative risk of MTCT in the absence of antiretroviral medicine. The risks being 5-10% during the intrauterine period, 10-20% during the intrapartum period, and 15-20% through 18-24 months of breastfeeding. During this time, the health care resources available for mothers currently living with HIV, and for the prevention of MTCT (PMTCT), remained low. Children were hospitalized with HIV infection or AIDS almost daily. Now, 20 years later, South Africa and the world is a different place.

Now, 20 years later, South Africa and the world is a different place.

Medical professionals offer HIV triple antiretroviral therapy (ART) to all pregnant and lactating women as soon as their HIV diagnosis is confirmed. Policies recommend regular viral load monitoring, infant HIV testing is conducted at birth, and ART is provided to infants with confirmed HIV infection – almost immediately. Whereas we initially advised avoidance or early cessation of breastfeeding to prevent MTCT, common sense, supported by data, has prevailed with the global agreement being that HIV-free survival (having a child that is HIV-free, alive, healthy, and thriving) is more important than just preventing MTCT alone. Thus, between 2010 and 2016, breastfeeding with maternal viral suppression has been re-positioned as a key child survival strategy both globally and especially in South Africa.

Under the leadership of the World Health Organisation (WHO), UNAIDS, and UNICEF, we are actively working towards the elimination of MTCT as a public health problem. In South Africa, survey, routine laboratory, and district health information system data demonstrated that antiretroviral medicine could reduce MTCT from approximately 25% at delivery to 2.6% at six weeks in 2013 and to 0.9% by ten weeks. However, many countries, including South Africa, still have no systematic way to measure final infant MTCT outcome at cessation of breastfeeding. Community, and facility, based surveys which measure early (4-12 weeks post-delivery) and late (18-24 months post-delivery) outcomes have been attempted, at high cost. Guided by key global documents, countries are establishing routine monitoring systems to track MTCT outcomes, nationally or in sentinel sites, using birth registers or mother-infant registers.

(…) we are actively working towards eliminating vertical transmission of HIV as a public health problem.

Alongside the critical need to monitor long-term PMTCT outcome for mother and baby, there is a non-negotiable need: (i) to support HIV uninfected mothers in high risk settings so they test regularly, (ii) for pregnant and breastfeeding mothers living with HIV to initiate ART on HIV diagnosis, and (iii) to optimize ART adherence and maintain viral load suppression in mothers living with HIV. Uninfected children exposed to HIV are emerging as a high risk group for short and long-term morbidity including sub-optimal growth, development and mortality. Consequently, all PMTCT interventions and monitoring systems need to be framed within a maternal, newborn, and child health framework and a life-course approach to ensure sustainable inter-generational outcomes.

Such an approach is needed to optimize the lives of mothers in general, mothers living with HIV, their partners, their children living with HIV and their HIV exposed uninfected children.

Health programs are often funded through different sources and donors/partners often have their own priorities, emphasizing particular aspects of maternal and child health interventions, such as number of children on triple ART, over other aspects. We cannot forget the long-term importance of strengthening health systems for program implementation and monitoring, and of a coordinated response that includes other related systems such as education and social support. Such integrated approaches are needed to optimize the lives of mothers in general, mothers living with HIV, their partners, their children living with HIV and their HIV exposed uninfected children.

As a service to our communities in high HIV prevalence settings and a tribute to public health leaders such as David Sanders, let us commit to achieve even better, wholistic outcomes for mothers, children and their families, over the next 20 years! 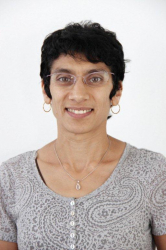 Ameena Goga is a researcher at the South African Medical Research Council, and a paediatrician within the Department of Paediatrics at the University of Pretoria. She has a Masters degree in Mother and Child Health, a Masters degree in Epidemiology, a Certificate in Integrative Medicine, a PhD in Paediatrics, a Certificate in Paediatric Pulmonology and an MPhil in Paediatric Pulmonology. Between 2001 and 2005 she worked at the National Department of Health in policy and programmes. Her research focuses on eliminating vertical transmission of HIV, making breastfeeding safer for women living with HIV and improving mother and child health in the context of HIV.