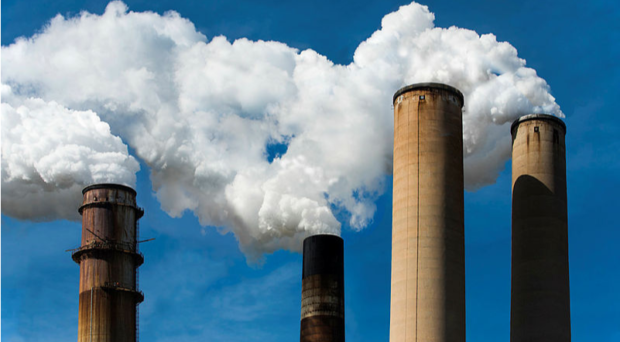 Fossil fuel use has enabled many of modern civilization’s comforts and conveniences, but it has also exacted a terrible public health toll. Experts have long understood that air pollution from the burning of fossil fuels contributes to many serious health problems, like asthma, heart disease and cancer. More recently, research has shown that air pollution harms our brains and our mental abilities too—especially among children (including unborn babies), the elderly, and people living in poverty.

For children, these harms include delays in development, reduced IQ, attention deficits, learning difficulties, behavioral problems, and autism, even when the exposure occurs before birth. In older adults, exposure to air pollution can contribute to dementia and possibly Alzheimer’s Disease.  People living in poverty are often most exposed to air pollution, because of where they work and live.

Previous research suggests that many Americans are unaware of the myriad ways in which air pollution from fossil fuels harms our health. For example, only about half (55%) of Americans are able to name a single health impact, and the most frequently cited health effects are general (e.g., breathing problems) rather specific conditions (e.g., asthma, COPD). Notably, only one percent of Americans cited neurological problems.

We set out to answer this question by identifying specific evidence-based messages about the health effects of air pollution from fossil fuels that are the most concerning to Americans. Additionally, we sought to ascertain whether exposure to such messages would cause changes in people’s attitudes and behavioral intentions in a manner consistent with support for a transition to clean energy.

Participants were most concerned about the potential harm to children’s brains.

To do this, we surveyed a large, demographically-diverse group of American adults (n=1644) and asked them to rank a set of ten different statements about the health effects of air pollution from fossil fuels in terms of which ones were the most and least concerning to them. We also assessed the cumulative impact of reading the ten statements by measuring participants’ attitudes about air pollution, fossil fuels, and clean energy both before and after the ranking task.

We found that the harms to older adults’ brains as well as the more well-established harms associated with asthma, heart disease and cancer were of concern, but our participants were most concerned about the potential harm to children’s brains. What’s more, this general pattern of results was largely consistent across a number of partisan and demographic subgroups, even among older adults and those living in low-income households.

After the ranking exercise, Republicans, Independents, and Democrats alike exhibited increases in perceived health harm of air pollution and fossil fuels, a desire for more clean energy, and intention to engage in consumer advocacy to support clean energy.

Our research findings are not unique; other teams of researchers are reaching similar conclusions. In total, these studies provide strong evidence of the value of communicating about the health effects associated with burning fossil fuels.

Efforts to communicate about the harms of air pollution to heart and lung disease and cancer are reasonably well-established— thanks to the efforts of the American Lung Association and others—and should be continued. Efforts should now be organized to communicate about the harmful effects of burning fossil fuels on our brains, particularly the neurodevelopmental impacts on babies and children.

Health messages have great potential to help the public and policymakers understand what’s really at stake.

Health professionals and health organizations are the ideal messengers to be leading these public engagement efforts, because doctors, nurses, pharmacists and other professionals are among the most trusted members of every community.

Health messages about air pollution and fossil fuels—delivered repeatedly in clear terms by a variety of trusted health professionals—have great potential to help the public and policymakers understand what’s really at stake.

They also have the potential to involve important new stakeholders and other trusted voices—like groups concerned about the wellbeing of babies before birth—who have not traditionally been involved in the campaign to clean our air. This public engagement strategy offers the very real possibility of breaking through the political gridlock for the benefit everyone’s health.

John Kotcher, Ph.D. is a Research Assistant Professor at George Mason University’s Center for Climate Change Communication where he conducts research on science, environmental, and risk communication. His work focuses on how civic organizations can most effectively recruit, organize, and mobilize citizens to demand action on climate change.