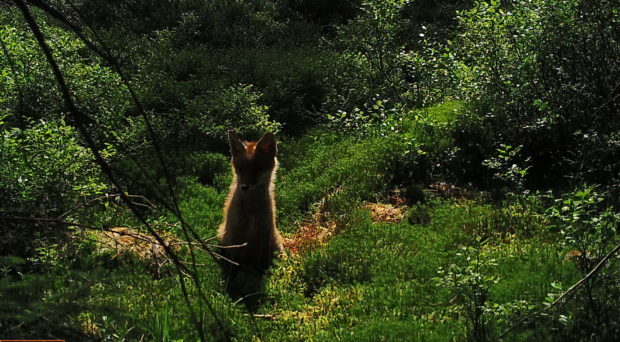 The red fox doesn’t need much introduction. They are canids – dog-like carnivores – with one of, if not the widest distributions of terrestrial mammals in the world. Due to their extreme adaptability, they have successfully colonized almost all terrestrial environments on the planet, from the icy tundra of the North to the scorching hot Australian Outback.

They also cope well with landscape types that are heavily modified by humans, such as for example agricultural landscapes and even cities. Here, they find all the required resources in abundance and, as a result, can become very abundant themselves.

This is not a problem in itself, but it can become one for the species that foxes prey upon. Species that are very specialized in their habitat requirements often struggle to survive in heavily fragmented landscapes due to the loss of habitat, but also because of the lower suitability of the remaining habitat fragments. Picture a small forest surrounded by crop fields. Although it is normal for foxes to prey on these species, in such a situation, high predatory losses may become the nail in the coffin for some of those species.

Intuitively, it is often impossible to reverse changes to the landscape and its habitats. Instead, wildlife managers and conservation practitioners often attempt to control populations of abundant predators (including foxes) to benefit prey, usually by means of culling. However, owing to a variety of reasons (e.g. the legal framework, property rights, limited resources), control attempts often take place in comparatively small areas bordering on non-hunted sites that act as a source of foxes to compensate the cull.

Despite their widespread occurrence, the effectiveness of such control attempts in terms of their conservation returns is rarely evaluated and therefore not well understood. This may imply that their application is legitimized by conservation targets that are, in fact, often not being achieved.

When we talk about effectiveness, we mean two things: first off, control attempts need to cause a reduction

in fox abundance of relevant magnitude at the target site. More importantly though, reduced abundance needs to be reflected by reduced predation risk for the prey species over a period of time that is considered particularly relevant, such as its reproduction.

Simply put, when we decide in favor of killing wild animal populations, we need to make sure that this will actually result in a better chance for the threatened prey to survive. Otherwise, both ethical and economic issues make the matter too contentious to qualify as a management tool in conservation.

This is the issue we tackled in a recent research project using fox culls in fragmented montane forests as a study system. Using camera-supervised ‘artificial nests’ consisting of brown chicken eggs placed in the forest to serve as a standardized index of predation risk, we evaluated whether incentivized, but spatially heterogeneous fox culls led to a reduction in predation risk and the probability of encountering a fox at hunted sites.

We chose the early summer months of 2017 and 2018 for our experiments to coincide with the reproductive period of a locally threatened prey species: the capercaillie, a fairly specialist bird that nests on the ground in mature and well-structured forest stands. The majority of culling had taken place during the winters preceding the study periods.

Using statistical models, we did not find an effect of restricted-area fox culls on predation risk, nor a lower probability of encountering a fox at hunted sites. We know from other research (including our own) that culls of this magnitude can reduce local fox abundance, but effects appear to be compensated by fox populations too rapidly for conservation benefits to manifest. This was the case despite cull intensity likely exceeding red fox density in the area.

Interestingly (and in contrast to previous work), there was no relationship between the degree of landscape fragmentation per se and our index of predation risk, as soon as we had accounted for differences in predator abundance. Instead, predation risk appeared to be driven directly by the abundance of foxes in the landscape around a plot. This suggests that the increased abundance of generalist mesopredators in diverse, fragmented landscape types may be a key factor for elevated predation rates.

The practical implementation of our work is that predator control attempts will – to be effective as a conservation tool – need to be spatially and temporally coordinated to match the biology of both the predator and the target prey species. Whether this can be feasible, depends strongly on regional and local ecosystem contexts and must be evaluated on a case-by-case basis. Otherwise, there is currently little evidence to support uncoordinated culls as a conservation measure. 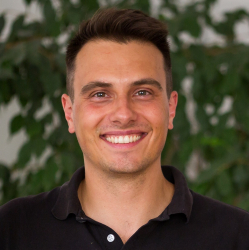 Lino Kämmerle is currently with the Chair of Wildlife Ecology and Management at the University of Freiburg in southern Germany and the federal state’s Forest Research Institute (FVA-BW). He is interested in applied ecological research with practical relevance and likes to use science to tackle questions at the interface of people and wildlife.