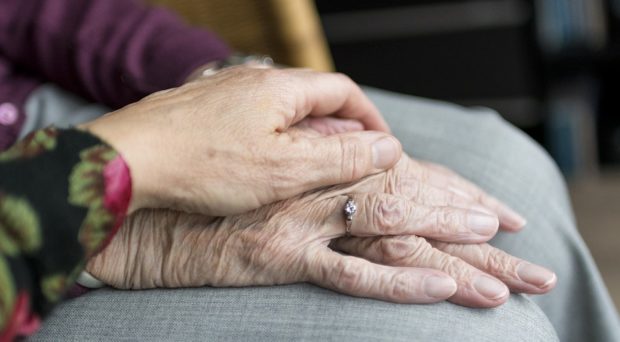 Parenting is not an easy job, but the hard work may eventually pay off. Research demonstrates that parents have lower mortality rates in old age than childless men and women. Although this finding has been replicated often and in various settings, many questions still remain unanswered.

We need to understand the causal mechanisms behind the longer survival among parents, and during what point in life this survival advantage arises. Are mothers and fathers less likely to develop diseases? Or does the advantage arise because they survive longer once a disease occurs?

How we answered these questions

In our recently published study, we took a closer look at the relationship between parenthood and health in old age. We did not only focus on mortality in general; we also examined the risk of a first hospital admission, the risk of being readmitted to hospital, and survival after hospitalization among the entire Swedish population over the age of 70 (in total 890,544 men and women). We studied how these four different outcomes were associated with the number of children per individual and with their offspring’s socioeconomic resources.

We believe that two findings are particularly interesting. As expected, childless men and women had higher mortality than parents in our study, but they were not at higher risk of a first hospitalization. This suggests that the advantage of having children perhaps plays out once ill health occurs rather than before. Alternatively, parents might be more likely to seek help and receive early treatment, which itself might be one reason for their longer survival.

In an era of population ageing and rising levels of childlessness, identifying care deficits could eventually contribute to reducing health disparities in old age.

Secondly, we found children’s education, but not their income, to be associated with their parents’ health, more so than the number of children itself. The protective effects of higher offspring education were strong and consistent for all parental health outcomes in our study, regardless of parents’ own socioeconomic position.

The mortality differences between parents and non-parents should not be neglected. Holding other factors constant, we estimated that 61% of women with two children were expected to survive to age 87 (the end of our study period), while the corresponding number for childless women was 56%.

The difference was even larger between parents whose children had only compulsory education and parents with highly educated children: we found an increase from 57% of women expected to survive to age 87 in the former group to 66% in the latter, with a similar increase for men.

In another recently published study, we estimated that married women with two children are expected to survive about 16 months longer after stroke compared to childless married women. Considering that the average survival time after stroke is just 7 years, this survival advantage is substantial.

Although several studies on the relationship between number of children, their socioeconomic resources, and health in late life have recently been published, most authors conclude that further research is needed to shed light on the underlying mechanisms.

What causes these differences?

People who eventually become parents might be healthier already from an early age. For instance, some people remain childless because of health problems in mid-life which could then affect mortality in old age. This would mean that having children indicates better overall health but does not contribute to it.

On the other hand, adult children often become caregivers for their ageing parents, even in a country like Sweden in which publicly financed health and elder care is universally available. Children might also provide emotional and informational support to their ageing parents. These forms of support may directly contribute to the better health and mortality outcomes for parents.

Either way, it is possible that childless adults would benefit from additional care and support in old age, regardless of the underlying causal pathways. In an era of population ageing and rising levels of childlessness, identifying such care deficits could eventually contribute to reducing health disparities in old age.

Anna Meyer is a PhD candidate in Epidemiology at Karolinska Institutet, Sweden. Her work primarily focuses on health and mortality trends in the ageing Swedish population. Specific research interests include health and mortality among the old, sociodemographic differences, and disparities between parents and childless men and women.

Hannah L Brooke is a post-doctoral research fellow at Uppsala University with a PhD in Epidemiology. She specializes in using register-based data to study socioeconomic factors in relation to cancer incidence and survival.

Karin Modig is an Associate Professor of Epidemiology at Karolinska Institutet, Sweden. She is also guest researcher at Max Planch Institute for Demographic Research, Rostock, Germany. Her research concerns the health of the ageing population, the driving force of longevity and its societal consequences.