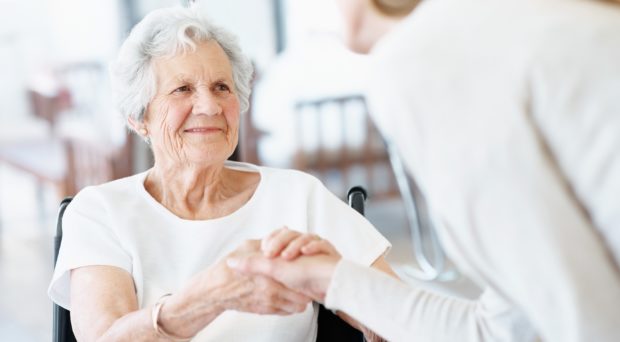 For any regular at the gym, there’s a noticeable phenomenon around the beginning of the year: an influx of new members followed by a quick drop-off just a few weeks later. Exercising more is a perennially common New Year’s resolution, but it can be difficult to stick with. For older adults, regular exercise has multiple benefits, including helping to maintain muscle strength, reducing the risk of cardiovascular disease, and aiding the management of depression. But just as with those new gym members, older adults too face challenges starting and staying with an exercise routine.

In this study, Reitlo et al. analyzed nearly 70,000 exercise logs from one year of the Generation 100 study, which examined the effects of exercise on mortality in older adults in Norway, over a five-year period. The participants were prescribed either two weekly sessions of moderate-intensity training (MCT) or high-intensity interval training (HIIT) and asked to log their exercise activity.

Overall, walking was the most popular activity in both groups, followed by cycling, then combined endurance and resistance training. Exercising outdoors proved to be the most common setting for activity in both groups, even in the colder months, while exercising at home was the least common. Importantly, they found that the participants maintained their exercise routines regardless of the intensity, which can vary among different individual levels of fitness.

The researchers also noticed some differences between men and women. For example, women exercised with others more often than men, who completed more sessions alone. In the MCT group, men exercised outdoors more frequently than women, but in the HIIT group, the opposite was true. The researchers suggest that these differences should be taken into account to effectively design exercise programs for older adults. As the world’s older population continues to grow, it is essential to understand how to best promote physical activity and keep the aging population healthy.

The effects of pet ownership on health in older adults 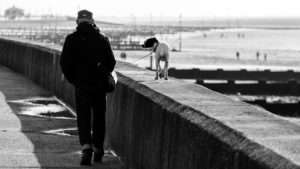 It has been well-demonstrated that owning a pet, especially a dog, is associated with better health. The reasons for this effect are less well understood, and it has even been shown that pets have the opposite effect in older adults. Therefore, the authors of this study set out to measure the effect of pet ownership on particular aspects of health – specifically physical activity, sleep, mental health, and general physical health – in older adults.

Authors Mein and Grant used data from a large study of older adults in London to examine the associations between pet ownership and the factors above, as well as how these were influenced by neighborhood perceptions and social isolation. They found that pet owners had similar overall health to non-owners but had more social activities, less trouble falling asleep, and better perceptions of their neighborhoods. These associations were stronger in dog owners than other pet owners. While this does not definitively answer all of the open questions about how pet ownership influences (or is influenced by) health, it does suggest that walking around the neighborhood with a dog has a positive effect on health and well-being in older adults.

What do we know about frailty in emergency and hospital settings?

As populations around the world age, new challenges are faced in caring for older adults. One such challenge is understanding how age affects vulnerability to disease, falls, and other negative outcomes, and how this vulnerability varies between individuals of similar age. The concept of ‘frailty’ has been developed to describe and measure increased vulnerability among older adults. Identifying ‘frail’ individuals can allow for personalization of care to avoid changes or stressors that would affect them more negatively than a non-frail individual.

Numerous instruments have been developed to measure frailty in a variety of settings, each with its own advantages and limitations. Associate Editor Olga Theou and colleagues conducted this scoping review to explore the literature around frailty in emergency and hospital settings.

The found that most studies included in the review used the term ‘frail’ as a subjective description rather than as an objectively measured characteristic. However, in those studies that did use established frailty measures, they found that frailty was generally a good predictor of negative outcomes, including death and institutionalization. These results point to the need to further develop the concept of ‘frailty’ as an objectively measured characteristic, to measure it in acute care settings, and to use the knowledge to improve care for frail older adults. 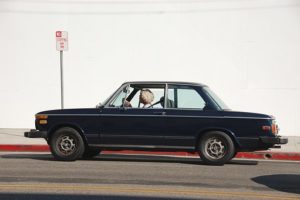 In some countries, driving remains the most common form of transportation for older adults and can provide both independence and higher quality of life. However, driving can become more difficult as one ages, which causes older drivers to reduce the amount they drive or stop driving altogether. This process of driving cessation can happen for a number of reasons, from impaired vision or cognitive abilities to low income or advice from a family member. In this study by Piersma et al., 172 participants with cognitive impairment completed fitness-to-drive assessments, were given advice about their driving, then were asked seven months later if they followed that advice.

The researchers found that most of the participants followed the recommendations given to either continue driving, take driving lessons, or cease driving.  In total, 104 (~60%) of the participants had continued to drive at the time of the follow-up; of these, 13 were given the initial recommendation to cease driving. The remaining 68 participants had stopped driving at follow-up and reported increases in cycling and use of public transportation, although the percentages of overall usage of alternate forms of transportation were actually lower than those of the current drivers at follow-up.

For participants who ceased driving, the most common reason was that they were following a recommendation, mostly from the driving fitness assessment, but many cited advice from a family member or authority figure. Cognitive impairment reduces one’s ability to drive safely, but drivers still can be reluctant to give up driving. The authors suggest that clinicians may want to consider referring patients with cognitive impairment to take a fitness-to-drive assessment, as the patient would be likely to heed the advice given.