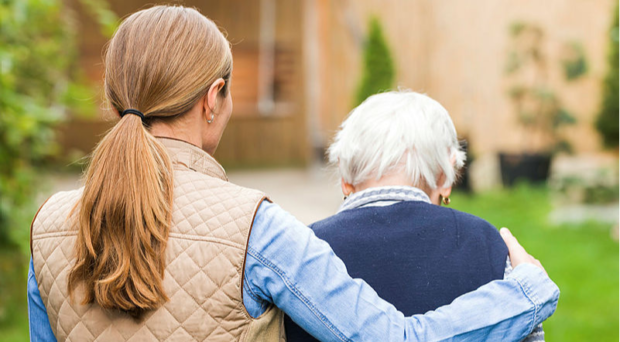 Caregiving, defined as providing unpaid assistance to relatives or acquaintances that have physical, psychological or developmental needs, is of great importance to society – unpaid care has been valued at $3.2 trillion in the US and £57 billion in the UK. However multiple studies have suggested that caregivers experience increased levels of psychological distress. Women are particularly implicated in this; across countries and cultures the responsibility of caregiving predominantly falls upon them. On average women do almost two and a half times as much unpaid care and domestic work as men.

‘Baby boomers’ refers to the social group born between 1946 – 1964, who grew up during a time of rapid global growth after World War II. They have overall higher levels of education and employment in managerial and professional positions than their predecessors. This has resulted in female baby boomers looking for caregiving alternatives, for example using nursing homes, assisted living, and childcare centers to balance their careers and family lives. In order to examine the need for context-specific mental health care, researchers Chi Chiao and Yun-Yu Chen investigated psychological distress symptoms and caregiving in women of the baby boomer generation.

Women who provided care were found to be 1.3 times more likely to report depressive symptoms compared to their counterparts.

Looking at global aging data, the authors analyzed eight international datasets containing baby boomer cohort data and relevant variables of interest; their final analysis included data for 16,733 female baby boomers. Women who provided care were found to be 1.3 times more likely to report depressive symptoms compared to their counterparts. Interestingly, being either married or employed was linked to lower levels of depression, whilst being both married and employed was associated with greater levels of depressive symptoms.

Furthermore, the likelihood of experiencing depressive symptoms decreased as educational level increased, emphasizing the importance of educational attainment. In terms of employment status, women in countries where there are higher levels of female participation in professional/managerial professions, or countries with higher levels of female vulnerable employment (unpaid family work/self-employed work), are both at a greater risk of experiencing depressive symptoms.

The authors state that these results may be explained by the work-family conflict model, where women experience an incompatibility between work and family responsibilities. This may lead to a build-up of stress and therefore a higher likelihood of reporting depressive symptoms.

Although more research is needed, the findings of this study highlight the separately protective effects of educational attainment, employment, and marriage for baby boomer women, and emphasize that specific social contexts must be taken into account when developing preventative and interventional mental health programs amongst women of this generation.

Rosie is currently an Assistant Editor working on the BMC Series. She joined BMC in 2018 after completing her bachelor's degree in Biomedical Science at the University of Warwick.