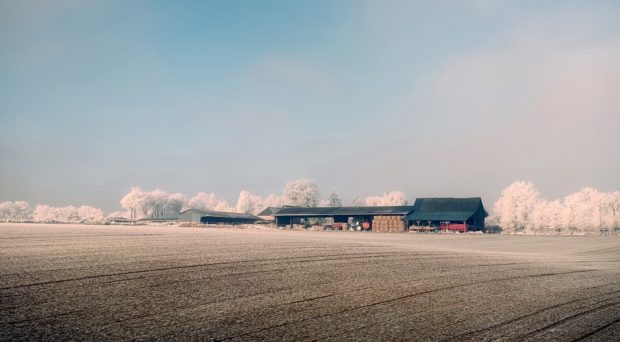 Lentils are an important part of our diet  worldwide. As reported by FAOSTAT, in 2013 the global production of lentils was 4,975,621 metric tons. This food source is known to grow in the cold season in temperate semi-arid parts of the world, spanning North America to Australia. Though, some breeds are unable to survive the frosts of winter, causing concern for agriculturalists attempting to grow these crops in high latitudes.

There has been an increasing need to cultivate lentils which are able to grow in cold settings. This global demand is being addressed in a recent study led by researchers from Departamento de Biología Molecular- Universidad de León, Agricultura y Ganadería, and Escuela Universitaria de Ingeniería Agrícola in Spain and at GenXpro in Germany. The scientists are investigating the gene sequences that are responsible for cold tolerance in lentils.

Plants which can tolerate low temperatures have developed biological adaptions to increase their resilience to the cold. This includes the alteration of their cell membranes, photosynthesis processes, and their gene expression. Of particular interest, are the sets of genes responsible for the tolerance that certain lentil breeds have towards cold and frost.

Uncovering the regulatory proteins that govern this tolerance is important, as these represent ‘transcription factors’ which micro-manage which genes are turned on or off. Stressful settings such as the frost resulting from low temperatures can induce changes in how genes are managed.

In this recently published study, Dr Barrios and the team set out to observe the changing gene expression of lentils in response to cold acclimation. Their aim was to find out which lentil breeds could be considered ‘cold tolerant’ or ‘cold susceptible’ depending on the responses to varying temperatures ranging from -3degC to -15degC.

At low temperatures, almost all plants survived with minimum leaf damage. Though, as the temperature was lowered further, the plants showed increasingly different degrees of damage. Leaves with the highest and lowest amounts of damage were analyzed using Deep Super-SAG transcriptome technology in order to extract their messenger RNA sequences. These sequences act as ‘messengers’ across the molecular network, translating genetic information from DNA.

The plants that were less cold tolerant were named “acclimated susceptible”, while those that were better adapted were “acclimated tolerant”. For full comparison, these were compared against non-acclimatized (non-adapted) versions of the cold susceptible and tolerant types.

Results showed that the plants that were more acclimated to the cold tended to have an over expression (enhanced activity) of particular gene sets. These were the genes responsible for the production of the amino acids glycine and proline, the maintenance of the plant cell membrane, and the genes that manage photosynthesis.

By finding that these particular gene sets play a key role for the adaption to cold temperatures, this provides opportunistic groundwork for further investigation of the frost tolerance of lentils. Future research may benefit the agricultural industry by helping to boost crop yields in high latitudes of the world.