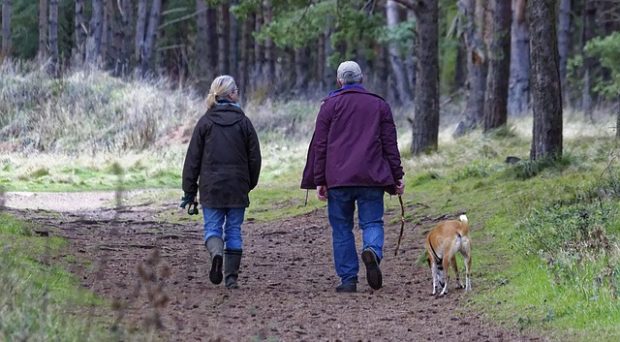 You could attribute many of a dog’s characteristics to why they’re known as “man’s best friend.”

They’re loyal, entertaining, trustworthy — they won’t tell a soul how long you binge-watched Netflix last weekend — and of course, they’re adorable. But when you’re not cuddled up together streaming shows, dogs can give their owners one of the greatest gifts of all: improved health.

Scientists have studied the influence of dog ownership on physical activity many times, and almost every study has found the same to be true: Owning a dog will cause a person’s activity level to increase and be higher in comparison to those who don’t have a dog.

This one might seem obvious, but having a dog essentially forces owners to exercise more than they might have without a pet. This statistic appears to hold true, especially regarding owners ages 65 and up. As populations around the world continue to age, keeping older people active could be imperative to countries’ continued economic growth and the daily functioning of societies.

In addition to spending more of their time walking, the study found dog owners had less frequent sedentary periods than non-dog owners. Though the amount of time spent sitting down was the same among the two groups, simply getting up and moving more frequently is enough to boost your physical and mental health.

To collect this data, researchers used a case-controlled design in which study participants were matched using a range of demographic variables. Participants were recruited using ads at local community groups, veterinary offices and local radio and press outlets.

The final sample size included 40 adults aged 65 and older, who resided at private residences and had no scheduled health interventions that could bias their physical activity during the study.

Dogs encourage people with medical conditions to get outside 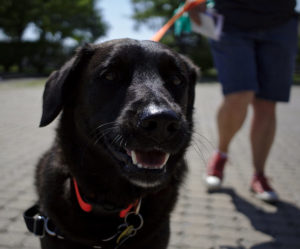 For individuals who have medical conditions that could act up at any time, simply going outside for a walk could be nerve-wracking. If this is you, consider choosing a service dog as your pet. These animals not only provide the same benefits as an ordinary pet, but they also give their owners feelings of independence, courage and peace.

Service dogs could be helpful for people with autism, diabetes, vision impairments, deafness and more. There are even dogs trained to help people who suffer from seizures. Individuals who suffer from emotional problems such as panic attacks, separation anxiety, depression or dyslexia could find that service dogs can improve their quality of life too.

If you’ve been feeling like you need a reason to get up and move — and you’re potentially a bit lonely — getting a dog could be beneficial to you. Of course you should always consider whether you are in a position to appropriately care for a potential pet’s needs.

Along with the unconditional love and new adventures your new four-legged friend will bring into your life, you’ll most likely be exercising more frequently and improving both of your well-beings. Now, that’s love.