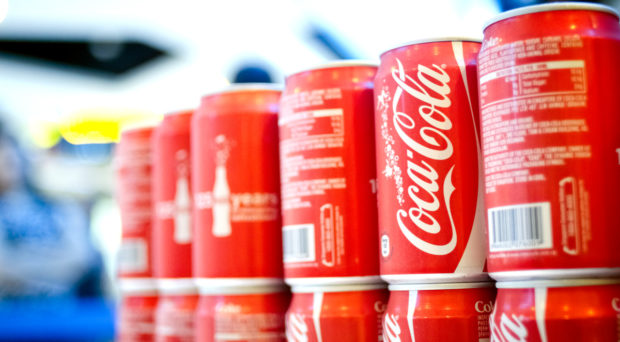 San Francisco has become a pioneer in the USA with its new requirement that warnings are introduced to advertisements for soda and other sugar-sweetened beverages that appear on billboards, buses, transit shelters, posters and stadiums within the city. Radio and television adverts as well as the drink packaging itself are excluded from this requirement.

The labels will read: ‘WARNING: Drinking beverages with added sugar(s) contributes to obesity, diabetes and tooth decay. This is a message from the City and County of San Francisco.’

With the American Beverage Association stating that this decision violates their First Amendment rights to free speech, a question is posed as to whether it is reasonable to state that the warning labels will protect public health.

Previous work has shown that advertisements for sugary drinks are one of the most prevalent forms of outdoor advertising. An article published in BMC Public Health shows there is a relationship between the percentage of outdoor food advertising and overweight/obesity.  The authors of the study, who linked self-reported information on BMI and soda consumption with a database of directly observed outdoor advertisements, conclude that innovative strategies, such as warning labels, counter-advertising, or a tax on obesogenic advertising should be tested as possible public health interventions for reducing the prevalence of obesity.

A 2014 study published in the journal explains how double blind intervention trials as well as detailed biochemical and clinical studies prove that sugar intake, whether in food or drink, is the major cause of dental caries. Based on meticulously collected data – including a study from Japan where each tooth was examined separately at yearly intervals in each individual – the study shows a clear dose response, a curvilinear relationship such that total energy intake increases as the percentage of energy from sugars increases. The research concludes that public health goals need to set sugar intakes ideally at <3% of total energy intake with <5% as a pragmatic goal.

Independent associations have been found between diabetes prevalence rates and per capita sugar consumption worldwide as explored in a BMC Public Health publication in 2014.  The results of the study, along with other previous similar studies, serve as a basis to limit the sugar content in drinks to help battle diabetes which has become a global epidemic.

But are tooth decay, diabetes and obesity our only concern when it comes to increased sugar intake? Caroline Diorio and colleagues found that sugar-sweetened beverage intake is positively associated with mammographic breast density among all women or limited to premenopausal women. Among all women, those who had a sugar-sweetened beverages intake of more than three servings per week presented a 3% difference in percent density compared with those who did not drink this type of beverage. This work gives an example of how important it is to continue research on sugar intake and its potential health effects so that the public is adequately informed and efforts can be put forward to further inform health policy on the subject.