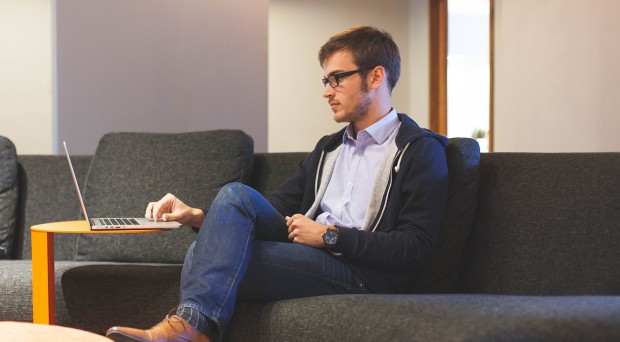 Sitting comfortably? Well you shouldn't be.

What have you done today? What I’ve done, apart from the brief journey into the office, is sit at a desk looking at a screen (whilst working, of course). I wouldn’t be surprised if that’s exactly what you’ve done too.

In today’s society, particularly in developed countries, sitting down for long periods of time has become the norm.

Take Londoners like me as an example: most of us have desk-based jobs, where we are sitting down for almost the entire day. Yet despite the fact that we’ve done nothing but sit down, come the evening commute, most of us will fight tooth and nail for that precious seat on the tube or the bus. And once we get home, I’m guessing there’s a good number of us who while away the remaining hours of the day sitting on our sofas.

The physical effects of sitting

I highly doubt you’ll be surprised at my saying that all this sitting isn’t good for us. Many studies have shown that sedentary behavior is associated with physical health problems like obesity, heart disease, type 2 diabetes, and osteoporosis.

What’s more, even if you’re physically active and have a good level of fitness, you’re still at risk from the health effects of sitting for long periods of time. Depressing, I know.

All this sitting is making us anxious

If that wasn’t bad enough, a new systematic review published today in BMC Public Health suggests there is a positive association between sedentary behavior and anxiety.

“Anecdotally we are seeing an increase in anxiety symptoms in our modern society, which seems to parallel the increase in sedentary behavior,” said Megan Teychenne, lead researcher and lecturer at Deakin University’s Centre for Physical Activity and Nutrition Research (C-PAN) in Australia.

C-PAN researchers analyzed the results of nine studies that specifically examined the association between sedentary behavior and anxiety. They found in five of the nine studies that an increase in sedentary behavior was associated with an increased risk of anxiety. While in four of the studies it was found that “total sitting time” was associated with increased risk of anxiety.

“It is important that we understand the behavioral factors that may be linked to anxiety – in order to be able to develop evidence-based strategies in preventing/managing this illness,” said Dr Teychenne.

“Our research showed that evidence is available to suggest a positive association between sitting time and anxiety symptoms – however, the direction of this relationship still needs to be determined through longitudinal and interventional studies.”

What can be done about this?

Clearly we need to think very carefully about how we’re living and working, and whether anything can be done to reduce the amount of sitting down we’re all doing.

The concerns about this sitting epidemic have prompted Public Health England to commission research which gives office workers targets for how much standing time they should be building into their day. (Four hours, in case you’re wondering).

The question of how office workers can fulfil this requirement remains. You’ll likely have heard of ‘standing desks’ for example. I certainly wouldn’t be averse to having one of these myself, but persuading employers to make the adjustments necessary to allow their employees more standing time could be challenging, given the possible costs. That said, this website has some suggestions for DIY standing desks, so maybe I’ll just go have a quick word with health and safety….