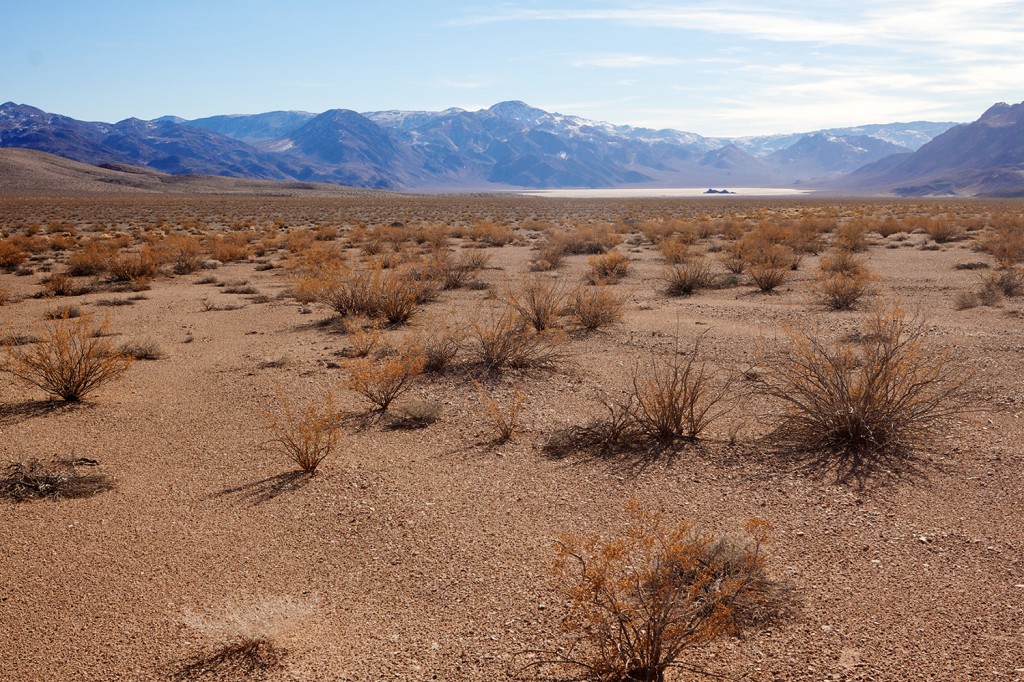 “An endorheic basin in Death Valley, California. Although annualprecipitation rarely exceeds 100 mm/yr, a small number of plants are able to survive on the gravely slopes of the valley and on the muddy lakebed. Thousands of years ago this valley would have been far more wet and lushly vegetated.”

Ever since he was young, Benjamin Blonder, loved science, but only took to the outdoors at university. Here, an undergraduate on a whim, Benjamin took an ecology course and met an inspiring professor who encouraged his interest in the natural world.

This blossoming plant macroecologist showed off his mastery in photography and space and was recently announced Winner of Landscape ecology and ecosystems in this year’s BMC Ecology image competition. In this Q&A, we find out how he discovered photography and about his dusty and beloved companion.

“I have lived in the deserts of the American southwest for five years during my PhD. These arid landscapes have become a home to me despite the challenges they present to human life. I am accustomed to the Sonoran desert, in southern Arizona, whereas this photograph is of the Mojave Desert in southeastern California. Their ecologies are very different, but both fascinate me.”

“I moved to a rural area of the United States for a job after graduating university. I was given a small camera as a gift and found that its ability to tell stories quickly captivated me. It has been downhill since then!”

Tell us a bit more about this image

“This picture was taken on a cool January day in the early afternoon. The sun was high overhead and the air was absolutely silent. This area is nearly 30 miles drive from the nearest services and receives very little traffic.”

Where were you when you took this picture?

“I was on a New Years’ camping trip with friends, celebrating my return to the United States after a research exchange in Denmark. We had just crossed over a ridgeline and were dropping down into this valley, when I had my first glimpse of this endorheic lake and the rock outcrop in its center. I shouted to my friend to stop the car immediately. He slammed on the brakes and I ran out with my camera in hand, picked my way through the sparse vegetation to a small ridge, and saw the photograph. Then I took it.”

Many people would see this as a barren landscape, and yet you’ve managed to capture a lot of beauty in it. What did you see that made you want to take this picture?

“I had been living for a few months in the wintry temperate landscapes of northern Europe (Jutland, Denmark) up until about two days before taking this photograph. My home in the United States is in the desert. This photograph captured some of my love for these sparse landscapes, and the joy of my return. They appear empty, but they are not. Rather, their resource dependence is clearer than in other less challenging ecosystems, and makes us aware of our own tenuous hold on life. These bare pebble slopes eventually join the endorheic lake basin, which is the focal point of the image. Thousands of years ago this would have been a wet area, but it is almost devoid of vegetation, broken up only by a volcanic rock outcrop and the occasional bit of snowmelt water. In a desert like this one feels both alone and alive.”

What camera and lens did you use to take this picture?

“I took the photograph with a Canon T2i body and a 17-40 mm f/4L lens. Both have come with me on several field expeditions during my PhD, and have the scratches and accumulated dust to show it.”

“I thought that this photograph would capture a view of the world that most people will never get to see. I wanted to share its sparse beauty, and also to challenge those ecologists who are used to very different landscapes.”