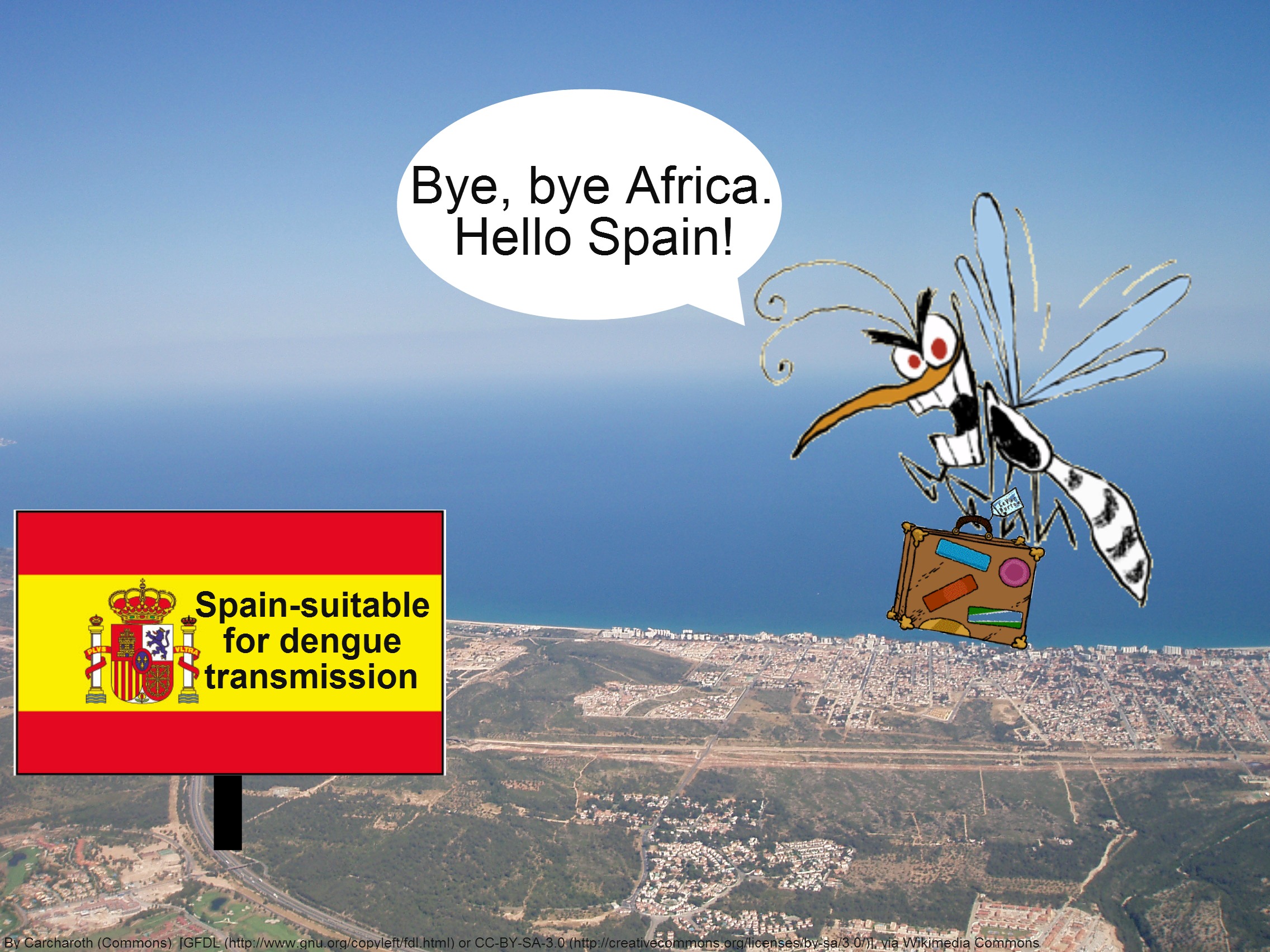 The mosquitoes are swarming. With the raising global temperatures, they are venturing away from their tropical countries of residence and exploring new territories. As the mosquitoes relocate themselves they also bring various diseases with them, including dengue fever. There are regular cases of dengue reported in China, Indonesia, Taiwan and Vietnam, but even these endemic zones are seeing an increase number of infections. For Europeans, dengue might seem distant and only concern themselves with it when planning holidays. However, climate change could see it closer to home.

Europe may only be the free dengue fever haven it was once considered to be for a little while longer. Generally speaking, dengue fever is non-existent in Europe. Any cases that have occurred were imported by tourists or holiday makers returning home from South-east Asia, the Far East, the Indian Subcontinent and the Caribbean. Yet, recent reports of dengue fever cases in Croatia and France have raised the alarm that the fever has the potential to make headway in Europe, according to research published in BMC Public Health.

Dengue is a common viral infection spread by its vector, an infected mosquito called the Aedes aegypti mosquito, as well as the lesser known Aedes albopictus. An infected human is bitten by a mosquito, the infected mosquito then bites another human, and the cycle continues.Infected individuals will usually suffer with fever, headache and muscle and joint pains. Rarely this will develop into more severe forms that can result in death. It is endemic in over 100 tropical and sub-tropical countries in Africa, the Americas, Eastern Mediterranean, and particularly in South-east Asia and West Pacific.

Dengue vectors are already present within Europe. Both the primary A.aegypti and secondary A. albopictus are comfortable living in and around human habitations, but A. albopictus has settled in many European countries; 16 in total, including Spain, France, Switzerland, Slovenia, Albania and Bulgaria. So far, A.aegypti has only been found in Maderia, the Netherlands, Georgia and southern Russia. This highlights that these regions are suitable for dengue transmission.

With limited European cases of dengue, there is no meaningful European dataset. Researchers wishing to investigate dengue risk in Europe had to look elsewhere for a good modelling tool. They used the Mexican dengue surveillance dataset as they claim, “(it) is without doubt the best alternate source of empirical data.” Given the fact that Mexico is a large country that is comprised of multiple climate zones it is also ideal to model the impact of dengue over a wide range of climatic conditions. Using a novel and unique modelling method, researchers from University of East Anglia, based their predictions on disease occurrence rather than mosquito presence. Estimates relied on clinical data from past, current and predicted distribution of A. albopictus. Analyses of climate and socioeconomic variables showed some regions are more appealing for the mosquitoes than others. Southern Europe will be a high risk dengue zone, A.aegypti and A. albopictus lured by the sub-tropical climates of the Mediterranean and Adriatic coasts. Other attractive regions include the Po Valley in North Eastern Italy and southern Spain, both predicted to be highly affected areas. Meanwhile, northern Europe, the British Isles and the Baltic states are unappealing, as analysis showed there is virtually no risk of dengue fever spreading to these regions.

Localised outbreaks could possibly occur elsewhere, but if they do occur, they are unlikely to be self-sustaining. It is difficult to predict the exact incidence as there are other factors that could come into play, such as vaccine development and adequate vector control strategies. Nevertheless, this study alerts public health agencies to the possibility of a greater number of dengue fever cases, enabling them to take the necessary steps to initiate effective awareness and surveillance campaigns.

Dengue fever may not be the only disease crossing into Europe. A warmer world is inviting for a great many diseases including West Nile fever, Chikungunka fever, Yellow fever, Rift valley fever and malaria, to name but a few. It is likely that these mosquito-borne diseases may follow similar transmission patterns.

Alanna,
You said in your blog about dengue fever that there was a vaccine in developmnet could you let me know what is the status of that and where it is being developed.
Do you know if there is any plans to release mosquities that have been treated with Wolbachia in Europe as they are doing in Australia Indonesia and other dengue hotspots in Sth America.
The reason that i am asking is beacause i got dengue 1 in Indonesia last year and if i get dengue 2,3 or 4 it can be fatal. So we are planning a trip to Spain this year as i thought that it was dengue free. Could you give me some sort of information on what subtype of dengue was found in Maderia.
Regards Glen Croker

Hi Glen,
Thanks for your comment. I’m afraid I’m not a researcher or medical professional myself and so I’m unable to give out health advice. Please see your doctor for advice before you travel and for more information about the Dengue vaccine you can visit this site: http://www.denguevaccines.org/.
Thanks, Alanna