Given the severe ecological and economic damage caused by invasive species, identifying what makes some species such effective invaders is of paramount importance. Research published in BMC Evolutionary Biology suggests a new factor in the make-up of a successful invasive species: cannibalism. 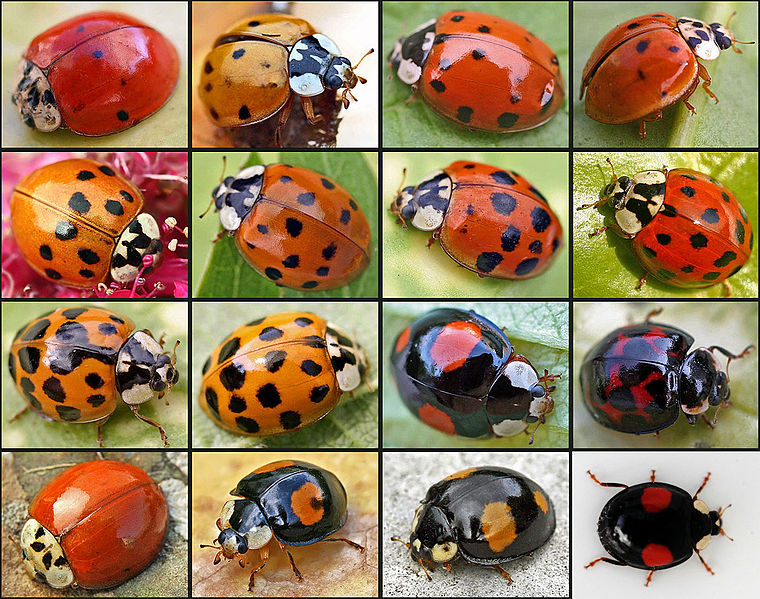 Invasive species are one of the biggest problems facing the world’s ecosystems. A few accidently introduced individuals can quickly expand into a large population, decimating native species  and substantially altering the local ecosystem. In the annals of such invaders, few have been worse offenders than the harlequin ladybird. So called because of the dazzling array of colours the adults display (see pictures above), the harlequin ladybird (Harmonia axyridis) is a native of East Asia and Japan. Like many invasive species, they were originally introduced into America and Europe as a biocontrol agent, aimed at crop-eating aphids. The harlequin ladybirds did indeed keep aphid populations under control, but they also spread far beyond the areas in which they were originally introduced. They can now be found throughout western Europe, North and South America and Africa, outcompeting and often decimating native ladybird populations.

Harlequin ladybirds possess many of the characteristics common to successful invasive species; an ability to adapt quickly to differing habitats, a varied diet and short breeding times. However new research, published today in BMC Evolutionary Biology, suggests another reason for their success as invaders; a willingness to turn to cannibalism during hard times.

The benefits of cannibalism

In fact, cannibalism is quite common among harlequin ladybirds in their native lands (as it is among many animals), usually in the form of larvae or adults eating un-hatched eggs. However a team of researchers from France, Russia, Belgium and the UK, led by Benoit Facon of the CBGP in Montpelier, suspected that one way invasive ladybird populations adapt so well to their new surroundings is by increasing their levels of cannibalism. 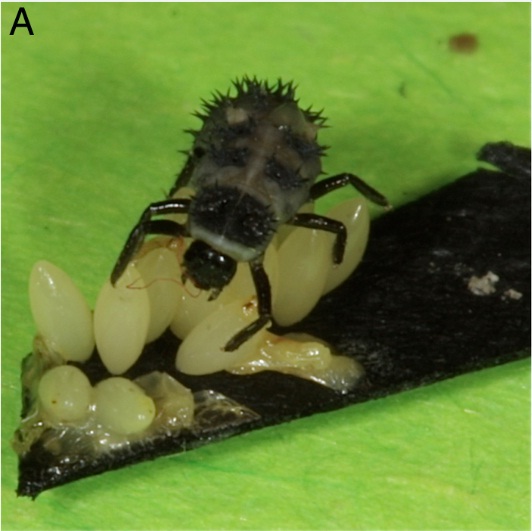 Unsuitable for adults, good for children

The results suggest that, at least for larvae, natural selection has been acting to increase the prevalence of cannibalism in invasive populations. The authors suspect this is due to the difficulties larvae face in finding food in their new lands. Larvae tend not to move from the leaves on which they first hatch and even on native soil are inefficient at capturing prey. Those larvae who quickly turn to the still un-hatched H. axyridisi eggs on their leaves as a food source are more likely to survive, spreading these ‘cannibal genes’ through invasive populations. Adults, conversely, can fly long distances searching for food and will have less difficulty in finding prey in a new habitat; therefore no need for them to indulge in more cannibalism than adults in native populations. This idea is further supported by the individuals descended from populations bred for biocontrol purposes having the lowest rates of cannibalism in these experiments. These individuals are descended from generations of lab-bred ladybirds who have always been provided with as much food as they desire; it thus makes sense that they would begin to lose the cannibal instinct that invasive populations have honed.

Cannibalism then, seems to be an important factor in the harlequin ladybirds’ march across the world. While more research is needed on the matter, the authors of this study suggest it is possible that such cannibalistic practices might be a common factor among many successful invasive species. Perhaps then, the key to being a good invader is to have brought your own food with you. 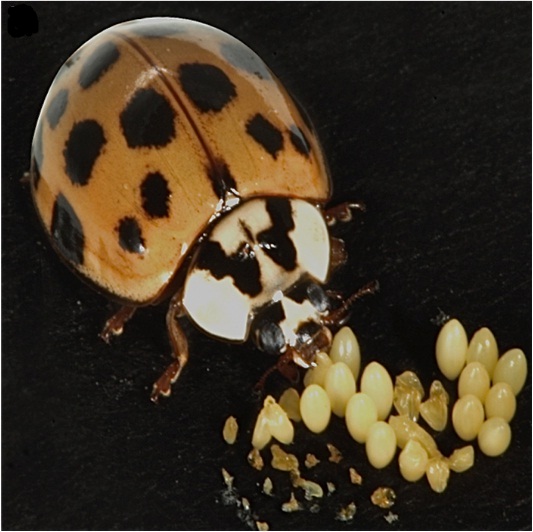