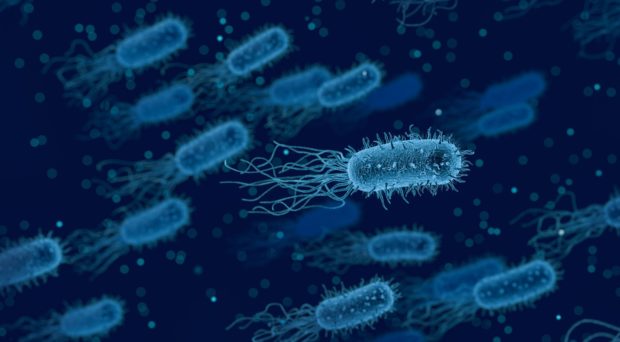 (Photo by Arek Socha via Pixabay)

Gut Pathogens was founded in 2009 as a journal focusing on enteric infections and aimed at an audience in the Global South and middle income countries. The focus of the first articles remained directed at virulence, epidemiology and genomics of classical pathogens. However, soon after the developments in the field of probiotics turned the journal into a preferred venue for research on this topic.

Furthermore, parallel developments in genomics of bacteria resulted in an increase of short articles documenting bacterial genomics, and this led us to create a new short article type called Genome Announcements. Soon after, the single draft genomes became too pedestrian and the announcements were then made into a different article type, called Genome Reports, which entailed somewhat elaborate descriptions involving comparative genomics as well. Then came the time of microbiota analyses and related association studies. Another important area that has emerged of relevance to the journal is antimicrobial resistance.

All these areas of works in medical microbiology have made Gut Pathogens a sought-after venue for first class research not only emanating from the Global South and lower-middle income countries, but also from the high income world.

In the past years, Gut Pathogens published several studies that attracted remarkable visibility from the research community and the wider audience.

Among the others, a review published in 2011 provided insights on the ability of the gut microbiota and oral probiotics to influence acne and the role of gut-brain-skin connections, and proved very popular in the general public. The article has been read more than 150,000 times since then.

A 2016 study documenting that increased intestinal permeability may be induced by bacteriophages that affect the microbiota was picked up by 65 news outlets.

A highly cited pilot study published in 2009 of a probiotic in emotional symptoms of chronic fatigue syndrome, a complex illness of unknown etiology, lent further support to the presence of a gut-brain interface. On the same fascinating topic, the mini-series of 3 reviews Intestinal microbiota, probiotics and mental health: from Metchnikoff to modern advances was published in 2013.

Several studies were devoted to children’s health, especially in areas of the world disproportionately affected by the infection burden: the metagenomic profile of gut microbiota in children during cholera and recovery; a cross-sectional study on differences in gut microbiota between obese and normal-weight children; research on multi-drug resistant pathogenic bacteria in the gut of young children in Bangladesh; metagenome of the gut of a malnourished child, and many others.

Microbiota, microbiome, and the way forward

Going forward, and as the field of microbiota and microbiome analyses is taking the microbial sciences by storm (and also shown by the examples above), we hope that Gut Pathogens will remain a preferred venue for the submission of high quality research and reviews.

Clinicians and health care providers who diagnose and treat patients with enteric infections will need to understand the nature and dynamics of the interactions of enteric pathogens with the intestinal ecosystem in health, and their alterations or perturbations in disease, and the role and contribution of our gut symbionts and commensals in guarding and protecting normalcy of the gut. This shall greatly facilitate the practice of medicine in a most effective and pertinent manner.

During these 10 years, Gut Pathogens has been successful in retaining and expanding its editorial board that comprises of highly accomplished and motivated scientists.

Gut Pathogens has now even stronger metrics, including an Impact Factor of 3.16, a Scopus CiteScore of 3.07, and 208,000 downloads in 2018. Steady and consistent, onward and upwards. I am very thankful to the in-house team at Springer Nature, our very hardworking and esteemed Editorial Board members, our selfless and devoted reviewers’ community and of course, our authors who trusted this adventure started 10 years ago. We herewith demonstrate that a serious scientific journal could be run by scientists based in lower-middle income countries from within those ecosystems. 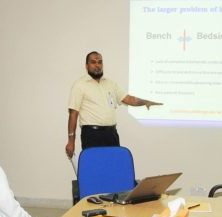 Niyaz Ahmed is Editor in Chief of Gut Pathogens journal and Senior Director of the International Centre for Diarrhoeal Disease Research Bangladesh (icddr,b). His research is focused on molecular host pathogen interaction dynamics including genomics and epidemiology of enteric and tubercle bacilli.