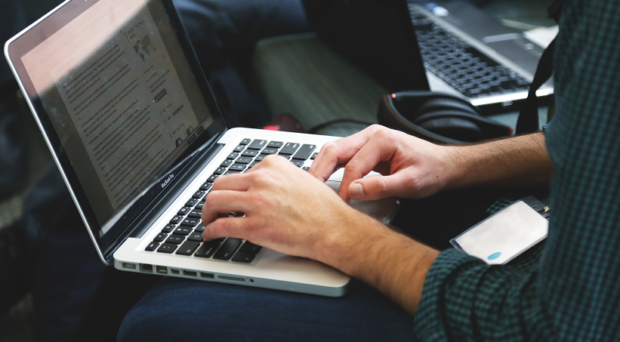 What is your scientific background?

I was on the standard academic track for years and received my PhD from the University of California, Berkeley. The department was called Molecular and Cell Biology, but my research was standard Drosophila genetics. I studied how flies translate the number of X chromosomes they have into the large set of developmental changes that produces a male or female fly. That was in Tom Cline’s lab, who was one of the key figures in that field.

After that, I decided I wanted to study vertebrates, and went to New York City to work with Lee Niswander, who was at Sloan-Kettering at the time. I wanted to study limb development, which she specialized in, however, after a series of failed projects, I ended up looking at how the spinal cord develops instead.

That went well, but not well enough for me to get a tenure track position. So, when Lee moved her lab to Colorado, I was fortunate to find a home as an Instructor with Takashi Mikawa, across the street at Cornell Med. When he decided to move his lab to UCSF about a year later, I realized that I’d pushed my luck as far as it would go and it was time to consider something other than academic research.

How did you transition from the lab to your current job?

Accidentally, in a lot of ways. I’d been reading Ars Technica when they decided to open a science blog. Something inspired me to offer to write for them, and they took me up on it. I had been doing that for a couple of years when my research career started to wind down.

When I’d finally decided to stop doing research, I experimented with a variety of ways to pay the rent, juggling editing grants, some computer programming, teaching, and more. Writing and editing for Ars turned out to be what worked the best for me—I enjoyed it, the people were good, and I started to develop some skill with it. When Ars was bought by a big publisher, (Condé Nast), I was offered a full-time job, and that settled matters.

It turns out that being a science journalist is a much better way of learning what’s going on in science than being a researcher.

There are a few things that stand out about the whole transition. One is the amount of luck involved. Had the timing been different, you could be asking me about my career as a computer programmer right now. Ars was also at a stage in its development where I was allowed to develop my skills while working there—we’re now hiring people that are much more qualified than I was at the time. And the timing of the Condé Nast purchase was perfect. I had enough time to realize that most of the work I was trying out, like grant editing, just wasn’t for me.

How do you spend your day in your job?

We all work from home, and I’ve got a variety of places around the apartment I like to work (including the balcony), as well as a few coffee and lunch spots I can work from. Most days are a mix of editing, writing, and dealing with the flood of emails I receive every day. I also handle a lot of pitches for people who want to place a story with us, and I occasionally have to hunt down writers to handle a specific topic we’re interested in covering.

It’s also part of my job to just stay on top of everything that’s happening in science and energy. So I pay attention to what’s in the news, sort through countless press releases, and so on. This involves a lot of reading, and a lot of decisions about what we need to cover, and what can be skipped. I’ll discuss things with my managing editor if I’m not sure about what to make a priority. He’ll also see news elsewhere that we’ll consider covering, too.

We have dedicated health and space reporters, and some writers who specialize in things like geology and archeology, so they all have first shot at the stories we’d consider covering. If something seems important and it would otherwise fall through the cracks, then it’s my job to cover it. Beyond that, I’m able to choose topics that interest me—news that I think makes for a good story, or illustrative of something larger than whatever the new development was.

Most of the articles I write tend to be between about 700 and 1,500 words, but things are flexible. It’s all online, so there’s no column limits or set word count. I’m able to use as much space as I need to tell the story.

I went into research originally because I loved science. It turns out that being a science journalist is a much better way of learning what’s going on in science than being a researcher. I’m a biologist by training, but I now know a reasonable amount about particle physics, quantum mechanics, astronomy, climate change, and more. It’s like being a perpetual student, although tackling new subjects is still hard, and there’s a few I’m familiar with that remain a struggle.

Fortunately, there are a lot of ways to develop additional skills in a way that isn’t a complete diversion from your scientific career.

Ars is also a great place to work, and I like the people there a lot. In a lot of ways, it’s disappointing that I don’t get to see most of them very often, since we’re all working from home, however, working from home is great, so it’s a worthwhile trade off to not have to go into an office every day.

Do you have any advice for current graduate students and postdocs looking to move out of the lab?

Fortunately, there are a lot of ways to develop additional skills in a way that isn’t a complete diversion from your scientific career. Writing and presentation skills will probably be useful no matter what you end up doing, and they’re essential for getting anywhere with science, so you can practice those. Learning to program can be useful in countless ways as a scientist, so it makes sense to do that.

If you do it right, it’s possible to pick up a variety of skills that will be useful if you continue on in science, but will also serve you well if you choose to move on to a different career.

Where can you be reached if readers want to ask you more about your job?

You can read more of my work at Ars Technica or contact me at jtimmer@arstechnica.com.

Join the conversation by commenting below or using the #moretoscience hashtag on twitter. Do you have a job in science that you love, or know someone who does? Contact me at dana.berry@biomedcentral.com or @DanaBerryBMC if you’re interested in participating in our series.

Dana graduated with a MS in Microbiology from New York University before joining BMC in 2014, where she manages the infectious diseases portfolio.