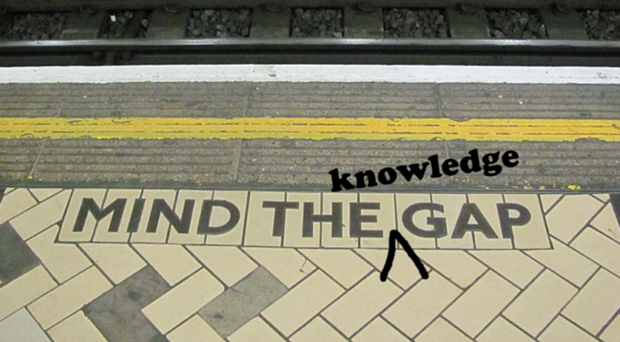 I read with interest, though not surprise, the findings detailed in Pew Research Center’s most recent report on their survey of American scientists. The report is part of their ‘science and society’ series, and is the second released since they carried out a survey with AAAS-connected scientists and the US general public.

The gap between interest and understanding in science

There are many angles I could have written about on both reports’ findings, but what struck me most was this juxtaposition: 71% of the scientists surveyed said the public had either some or a lot of interest in their subject area; yet, 84% said that it was a major problem that the public didn’t know much about science.

The survey with the public, which was detailed in the first report, does something to back up these views.

72% of respondents to the public survey said that they enjoyed keeping up with science either ‘a lot’  or ‘some’. However, in that same survey, only 50% of the same respondents believed that climate change is mostly due to human activity (compared to 87% of scientists surveyed). This does seem to me to be damning evidence of a lack of understanding.

What are the causes?

The scientists were asked about the causes of this lack of public understanding. Education and lack of interest from the public were listed as key issues, the latter of which is somewhat at odds with the first statistic I quoted. They also identified lack of media interest and not enough scientists communicating their findings (something we’ve written about before).

All these ideas come together to build a picture of a public that are keenly interested in science, yet are not being given clear information and communications to help build a true understanding of it.

One important point which hasn’t been covered by these surveys, and which I feel is relevant to their findings, is open access.

Of course, these surveys are only a snapshot of people’s opinions, but the themes are familiar to me, and probably to you too. Nor are the problems highlighted restricted only to the US. I think there’s something missing though. One important point which hasn’t been covered by these surveys, and which I feel is relevant to their findings, is open access.

I’m a science graduate, and as such I am – one would hope – better informed than many of the general public about science. I also have an above average interest in it. Yet, for the first six years of my post-university life, until I started working for BioMed Central in fact, I had very little access to research.

I would read about science in the news, the same as anyone else, but found it difficult to read further into the research reported there. I would view certain stories with, I felt, a correct degree of skepticism, but I couldn’t be 100% certain that my skepticism was well-founded.

Why? Well, because more often than not the research itself was not accessible to the likes of me.

I’m sure you can see where I’m going with this. There is concern about the interpretations put on research by the media, and we want people to gain a proper understanding of it. The first step towards this would be to make sure that people who want to can read the original research.

I realize that there are plenty of people who wouldn’t want to read a scientific article, of course. Making the article accessible could only ever be part of a drive to improve public understanding of science.

That said, I think that sometimes researchers underestimate the ‘citizens’ (as the survey refers to them). I’m confident there will be many like me, with a science background, or even just a keen interest, who are more than capable of understanding original research.

When research is published open access, it means that – with the right attributions – any part of that research can be shared and reproduced.

What’s more, it’s not just giving the public the chance to read it that makes access to research desirable, in the context of public understanding. When research is published open access, it means that – with the right attributions – any part of that research can be shared and reproduced. Which in turn, means that those who are capable of explaining it can do so using the original content.

And by having access to the research, an interested person like me would be able to identify and contradict misinformation when heard, and I’d have evidence to back up my arguments.

Making sure research is open to all is only one aspect of helping people towards a better understanding of science, but I think it’s a pretty crucial one.