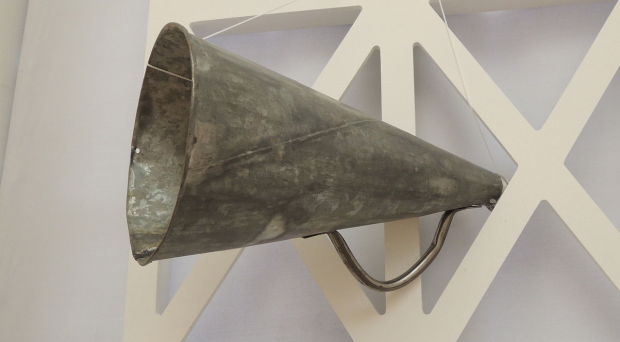 The empty box on the grant application form glares reproachfully at the scientist poring over it, those dreaded words leaping out of the page: ‘…public engagement…science communication…outreach…impact…’

Why, they cry, do we need to bother with this rubbish? What’s the point? We’re scientists: we are not press junkies. Hmph.

I don’t think it’s unfair to say that this is probably the pervading view of the majority of the scientific community: at best, explaining your research to a non-scientifically educated audience is an inconvenience; and at worst, it’s a completely pointless waste of time.

But that all depends on what exactly it is that you’re hoping to achieve by doing so. If it’s just to tick the box on the grant application form, then you’re probably going to do a pretty bad job of it, and no doubt come across as somewhat insincere. And in some ways there’s absolutely nothing wrong with that. As mentioned above, we scientists aren’t press officers or journalists. It’s not what we’re trained to do.

But what we are trained to do is understand complex, challenging, new scientific problems in greater detail than anybody else. We are specialists in our fields and as a result, we have a responsibility to convey our findings to those who aren’t trained as we are; but who might make use of the information in ways we cannot.

For example – teachers are trained to convey information to what is often a pretty unreceptive audience. They’re charged with the unenviable task of trying to make a given topic interesting within the confines of a restricted curriculum – and what better way to do that than point out what’s going on with the Rosetta probe, or how scientists are using genetic diagnostics to improve personalized medicine?

Those teachers might not read your paper – indeed they might not even be able to access it, but that’s another story. But if your research is covered by a journalist or a press officer, and you’ve bothered to help that person write the brief so it’s scientifically accurate, then that benefits everyone. At very, very minimal cost to you.

If your research is covered by a journalist or a press officer, and you’ve bothered to help that person write the brief so it’s scientifically accurate, then that benefits everyone. At very, very minimal cost to you.

And if you don’t? Well, maybe you get an extra half an hour to carry on ploughing through the rest of that grant. But if you choose not to provide information on that specialist topic that you’ve devoted your life to researching, then you can bet that someone else will.

And at best that might be your competitor – which will give them airtime in the press that you won’t get. Or at worst, it might be someone that Google turfs up when a journalist searches for a ‘neuroscientist’ who is no more qualified to give an opinion on MRI scans than I am to run the country.

The point is, while writing that paragraph about how you’re going to disseminate your latest findings to the general public (and actually carrying out those promises afterwards) might feel like a fruitless distraction from your research goals, I believe we all have a responsibility to make sure that publicly available information which we are qualified to verify is accurate.

You don’t personally have to write an award-winning article explaining general relativity to your grandma (or grandpa, for that matter). But, in my opinion, you do have a responsibility to make your discoveries accessible to those who can.

This post is the first of Bryony’s series ‘Trials, tribulations, triumphs, and test tubes: life as an early career researcher’.

Bryony studied Human Genetics at the University of Nottingham before undertaking a PhD in epigenetic gene regulation at Imperial College London. After graduating in 2012, she moved to Oxford where she currently works on red blood cells, investigating the function of non-protein coding regions of the genome.